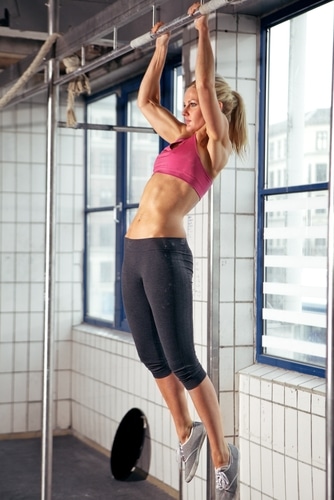 Fat has two colors – brown and white. The fat that builds up on your tummy, thighs, and buttocks and keeps you insulated from the cold is white fat. A less common type of fat that’s abundant in babies but not adults is called brown fat. Brown fat is brown because it has a rich blood supply and more energy-generating mitochondria than white fat. More importantly, the mitochondria in brown fat are less efficient, meaning they convert a portion of the calories supplied to them into heat. That’s the beauty of brown fat – its inefficiency offers greater protection against weight gain and obesity. This is one-time inefficiency is good!

Adults have varying amounts of brown fat and how much they have may be a factor in how prone they are towards weight gain. Some experts believe people who can eat what they want and not gain weight have more brown fat they can turn on when they overindulge. For example, research shows that leaner children have more brown fat than overweight ones.

Here’s the interesting part. According to a recent study in humans, exercise has the power to turn white fat into brown fat. If that’s true, even adults who missed out on the brown fat windfall can get enjoy some of the benefits of this more metabolically-active type of fat.

Can You Convert White Fat to Brown Fat?

Researchers asked a group of healthy men to work out vigorously on an exercise bike for three months. At the end of the 12- week period, they made an interesting discovery. The men had “browning” of some of their subcutaneous fat. In other words, a portion of their white fat had taken on characteristics of brown fat – increased mitochondria, greater inefficiency and more production of heat.

In a separate experiment using mice, researchers put exercise-generated brown fat to the ultimate test. After mice had undergone an eleven-day running program, they transplanted some of their newly-made brown fat into overweight mice that were sedentary. Would the exercise-induced brown fat offer benefits? Yes! After receiving the brown fat transplant, their insulin sensitivity and blood sugar levels improved along with their body composition. Not only is brown fat a calorie-burner, but it also offers some protection against type 2 diabetes.

The Metabolic Inefficiency of Brown Fat

Babies have the largest amount of brown fat out of need. They use brown fat to help regulate their temperature since they lack the ability to shiver. As much as 5% of a newborn baby’s fat is brown fat. As a child matures, they don’t need brown fat for temperature regulation and the amount decreases. Experts once believed adults had very little brown fat left over from babyhood but have since found differently. When they did imaging studies of adults, they found brown fat in their neck and upper chest area. This brown fat may not be active in most adults but may be turned on by exposure to cold and, based on this study, intense exercise.

Other research also shows a link between exercise and brown fat. The key seems to be irisin. When you exercise intensely, muscle cells produce a peptide hormone called irisin. Irisin, in turn, travels to fat tissue where it converts a portion of white fat to metabolically-active brown fat. Irisin may be the “missing link” between exercise and the production of brown fat. Irisin may not be the same mechanism that turns on brown fat as a result of cold exposure.

Exercise may cause some conversion of white fat to brown fat, but exposure to cold temperatures seems to turn on inactive brown fat too. Some experts believe the obesity epidemic is partially related to the fact that people spend more time in heated homes and cars and are less likely to be exposed to the cold. Therefore their brown fat is quiescent. Brown fat is activated at temperatures of 60 degrees Fahrenheit and below, by dunking a limb into cold water or taking a cold shower. In experimental studies, cooling vests also increase the activity of brown fat.

Researchers are so intrigued by the metabolic benefits of brown fat that they’ve proposed developing a drug to activate it. They’re already looked at a decongestant called ephedrine that increases calories burn but it doesn’t seem to exert its effects through brown fat.

Rather than wait for medication or jump into a cold shower to turn on your brown fat, do a high-intensity workout. Not only will you boost your calorie burn, but you’ll also improve your body composition over time. White fat to brown fat – It’s one more benefit of a good workout.

Medscape.com. “Brown Fat and Obesity: The Next Big Thing?”

One thought on “Does Exercise Turn White Fat Into Brown Fat?”