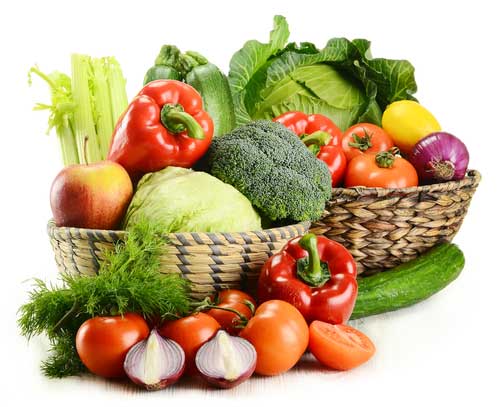 More consumers are demanding organic foods these days and are willing to pay extra for them. Why the interest in organic? Organic food is grown without using synthetic fertilizers or pesticides. As a result, people perceive them to be healthier. But what about the nutrient content of produce grown organically? Are you getting more nutritional benefits when you purchase organic fruits and vegetables?

There are lots of reasons to buy organic, but added nutrition isn’t necessarily one of them. Most research comparing organic to foods grown conventionally fails to show organic foods have higher levels of nutrients.

What affects nutrient content more than whether it’s grown organically is the soil it’s raised in, how it’s stored and how fresh it is. Produce that travels long distances or sits on supermarket shelves loses some of its nutritional value, regardless of whether it’s conventionally grown or organic.

On a positive note, not all studies show organic offers no additional nutritional benefits. A study published in the British Journal of Nutrition recently found organic food has more antioxidants. Another study carried out by the University of Washington in 2010 showed organic strawberries have more antioxidants and vitamin C than strawberries grown in a conventional manner.

Even though a few studies have found certain foods grown organically have a slightly higher nutrient content or contain more antioxidants, the bulk of research shows little difference between organic food and produce grown conventionally from a nutritional standpoint.

Although there’s no compelling evidence that organic food contains more nutrients, buying organic does have benefits. Research shows organic produce contains fewer pesticide residues compared to produce conventionally grown, as much as one-third less. One study tested the urine of young children for organophosphorus pesticides. Children who ate organically had significantly lower levels of these chemicals in their urine. If you’re trying to reduce the toxin load you’re exposed to, eating organic produce will help do it.

Even if only small amounts of pesticides are on conventionally grown foods, the fact you’re exposed to them each time you eat these foods, sometimes on a daily basis, raises concerns that these chemicals slowly accumulate and are stored in our bodies. Research shows a non-organic apple may contain the residues of over 40 different pesticides. We don’t have complete control over what we breathe in. Fortunately, we have more control over the foods we choose to eat.

Another advantage of buying organic food and organic products, in general, is they haven’t been genetically modified. Although there’s no strong evidence that GMOs are harmful to humans, a few studies in animals have raised red flags about the long-term risks of genetically modified foods. Isn’t it better to play it safe?

Just because a food is grown organically doesn’t mean it can’t make you sick. Organic farmers don’t use synthetic fertilizers. Instead, they use manure. Manure is more “natural” but it also contains bacteria that can cause food poisoning. Organic farmers also don’t use chemicals to destroy bacteria on produce after they grow it. As a result, organic food carries the risk of food poisoning, possibly more so than conventionally grown produce. That’s why it’s important to wash organic food thoroughly before using it. Many people don’t wash organic food as aggressively as they should.

Packaged organic products often don’t contain preservatives to block bacterial growth. Unfortunately, this causes them to spoil more quickly. Use organic products as quickly as possible since their shelf life is shorter.

Buy Organic Food or Not?

The best reason to buy organic food is to reduce your exposure to pesticides. Research fails to consistently show organic food is more nutritious. If you can’t buy all organic, stick with buying the “dirty dozen” in organic form is a good idea. The dirty dozen is a list of twelve types of produce most heavily contaminated with pesticides. These include:

If you don’t buy these foods in organic form, wash them and soak them in a dilute vinegar solution to remove as many pesticide residues as possible before eating them. Peeling fruits removes the outer layer where most of the pesticide residues are, but also removes an important source of fiber.

Another advantage to buying organic is organically grown foods aren’t genetically modified. Although there’s no proof that GMOs are harmful to humans, an animal study carried out in Europe raises concerns about their safety.

Organic produce, in most cases, is no higher in nutrients than produce grown conventionally. Eating organic produce does have the advantage of reducing exposure to pesticides and synthetic chemicals. Plus, around 25% of summer squash is grown from genetically modified seeds. You can avoid exposure to GMO squash by buying squash grown organically.

Regardless of whether you buy organic produce or produce grown conventionally, make sure you’re getting at least five servings of fruits and vegetables daily. The average American only consumes about half this amount. If you have children, consider buying organic. Since children are growing, their rapidly dividing cells are more susceptible to the effects of pesticides.

PLOS One. “Fruit and Soil Quality of Organic and Conventional Strawberry Agroecosystems” (2010)