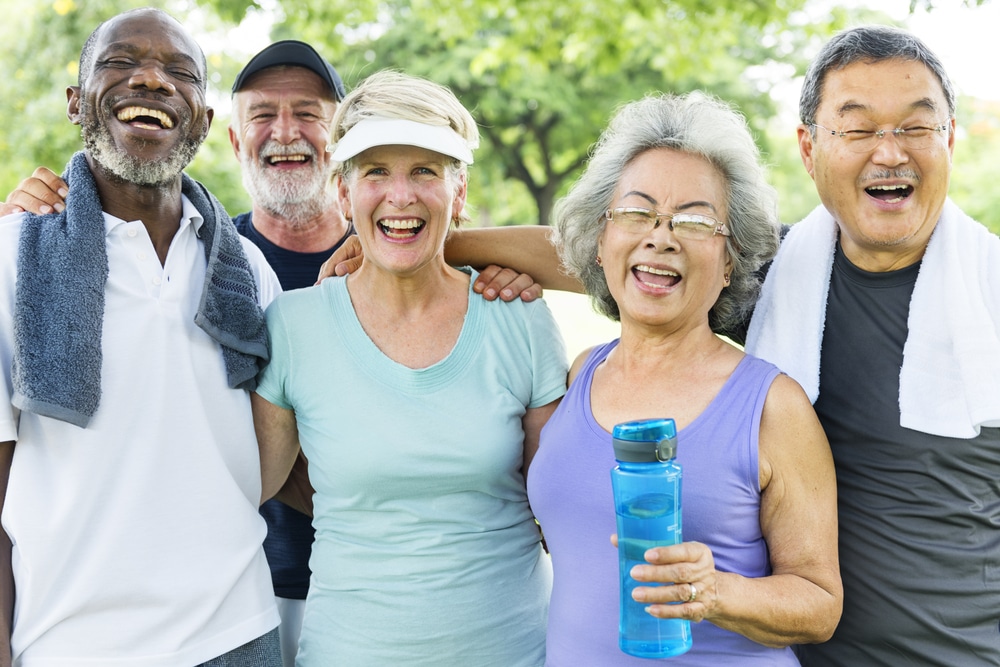 Making it to the ripe, old age of 100 is an accomplishment. Yet, the number of centenarians is growing and expected to continue to enlarge. In fact, centenarians are one of the most rapidly growing segments of the population. It’s estimated that worldwide by the year 2050, there will be 3.7 million centenarians. How can we explain the projected rise in men and women who have lived a century or longer? For one, medical advances will allow us to keep people alive longer. Plus, the rate of two common killers, heart disease and stroke, is declining, thanks to better treatment of hypertension and diabetes.

Do people who live this long simply come from hardier stock? No doubt, genetics play a role in longevity as well – but we can’t underestimate the role of lifestyle. A healthy lifestyle helps ward off health problems, like diabetes and hypertension, that often lead to an early death. With such rapid growth projected in the number of centenarians, you might wonder what the lifespan limit is for human beings – or is there a limit?

Some experts believe that humans have a lifespan limit beyond which even the best health measures and preventive strategies can’t overcome. In fact, a study published in Nature concluded that the human lifespan limit is around 115 years. Yet, how can you explain the fact that two of the oldest human beings made it to the astonishing age of 122 years?

Recently, some scientists have taken a fresh look at the idea that the human lifespan is limited and come up with some interesting data. A study recently carried out by researchers at McGill University found no evidence that a lifespan limit exists and if there is a limit, it hasn’t been defined yet. That means that we may continue to see individuals crash through preconceived lifespan barriers in the future.

However, not all scientists agree with this finding. They believe we have likely reached the maximum lifespan and it’s around 115 years. Yet lifespans have risen steadily since the 19th century when life expectancy for females was only 42 years and males 40 years. These days, life expectancy in the United States is approaching 80 years of age, almost double what it was in the 19th century. So, we’ve made a lot of progress – but where does it stop? Can we continue to extend lifespan?

At least in fruit flies, worms, and rodents, scientists have been able to greatly enhance the amount of time these species live on earth. In fact, by altering a few genes, they’ve lengthened the life expectancy in the roundworm to the human equivalent of 500 years! However, humans are more complex, possessing more genes than a worm, fly, or mouse. One way in which scientists have added years to the life of these species is to artificially extend the length of telomeres, the endcaps on chromosomes that keep the chromosome from tearing when it divides. Longer telomeres are associated with longevity in all species.

Longevity: The Role of Lifestyle

Scientists have tried other interventions to prolong lifespan as well. One that shows promise is calorie restriction, eating fewer calories than is needed for maintenance. In many lower species, this prolongs life but was less effective, at least preliminarily in primates, like monkeys. However, a more recent study carried out by researchers at the University of Wisconsin at Madison and the National Institute on Aging found that calorie restriction DID benefit rhesus monkeys. For example, a monkey placed on a diet with calories 30% below maintenance when he was 16 years of age is currently 43 years old, a record for his species.

Not surprisingly, longevity research has also looked at the role particular genes play in aging and lifespan. One area of focus is on a gene called Sirtuin 1, or SIRT1. When this gene is turned on, it may protect against many of the diseases of aging such as Alzheimer’s disease, type 2 diabetes, cardiovascular disease, and autoimmune diseases by silencing genes involved in inflammation and insulin resistance. Interestingly, one thing that turns on SIRT1 is fasting or calorie restriction. Could cutting back on how much we eat be the key to longevity? There are actually societies, like the Calorie Restriction Society, who are testing this concept out on themselves by restricting their calorie intake by 30%.

Longevity: Do We Have a Metabolic Clock?

Other theories suggest that there’s a metabolic clock inside cells that controls aging. Some of us genetically have a metabolic clock that’s designed to run longer, but lifestyle factors, like overeating, munching on the wrong foods, stress, and not getting enough exercise can alter the activity of your metabolic clock and lead to faster aging and an earlier death. In contrast, staying physically active, making the right dietary choices, and not overeating preserves the function of this internal clock.

Also, inside each of our cells are tiny organelles called mitochondria. It’s these cell structures that are continuously at work making the cell’s energy currency, ATP. Mitochondria are unique in that they have their own genetic material or DNA. Unfortunately, that DNA is easily damaged by free radicals and mitochondria have limited ability to repair this damage. One theory is that mitochondria, over time, become damaged and die off. This reduces energy production and contributes to insulin resistance and inflammation, a trigger for aging and age-related disease.

Longevity: What Matters Most is Health Span

So, now you know some of the reasons why we may age and that we may not have reached the upper limit of human longevity. Whether or not there’s a limit to human lifespan, as of now, aging itself is inevitable, although we can slow this process down by avoiding toxins, like cigarette smoking, eating a diet rich in cell protective phytochemicals, and by exercising. Aerobic exercise has the power to boost the number of mitochondria inside cells as well as activate genes that help fight oxidative stress. A study even showed that exercise even lengthened telomeres in the heart tissue of mice. Longer telomeres are linked with longevity.

What is Type 3 Diabetes & What Dietary Habits Prevent It?

3 Characteristics of Healthy, Youthful Muscle That Change as You Age