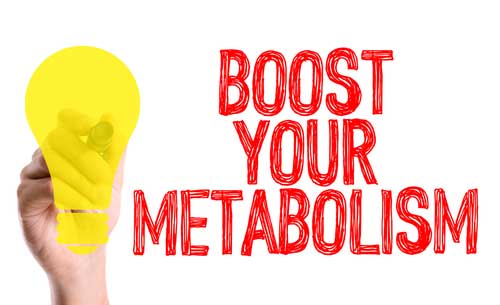 When you’re trying to lose weight, you’d like to think your body is on the same team as you are – that the place you call home sees eye to eye with you – but it doesn’t necessarily. Your body’s goal is to maintain a steady fuel supply to avoid starvation. As a result, it fights fat loss since fat is an energy source.  Like a hoarder, your body holds onto fat – just in case it needs it later.

Now scientists think they know HOW your body holds on to fat when you’re trying to lose weight. You’ve probably heard of brown fat, metabolically inefficient fat that releases heat, quite unlike the common white fat you store on your tummy, hips, and other areas. Scientists have long been intrigued by brown fat and the fact that having higher levels of it make people more resistant to weight gain. After all, if brown fat is turning the calories in the brownie you just ate into produce heat, it’s not going to end up on your hips and thighs.

Babies have a lot of brown fat since they need to stay warm. At one time, scientists believed adults have little or no brown fat, but they were wrong. Most of us retain some brown fat in the area around the collarbones but only a very small amount – about a teaspoon. Some things that turn on brown fat include intense exercise and exposure to temperatures below 60 degrees Fahrenheit.

So, now you know the utility of having brown fat and you want it to be active. Recently, scientists made a discovery. There’s a protein in our body called sLR11 that suppresses brown fat activity and keeps it from magically converting calories to heat. That’s not what you want if you’re struggling to lose weight.

When scientists measured levels of this protein in humans, they found people who have more body fat have higher levels of sLR11 circulating in their bloodstream. Plus, when people undergo bariatric surgery for weight loss, how much weight they lose afterward is directly related to the degree sLR11 drops.

So, sLR11 prevents the breakdown of too much fat. After all, your body likes to maintain homeostasis and to know there’s energy available should the need arise.  sLR11 has the ability to bind to receptors on brown fat cells and block their thermogenic activity. As a result, thermogenesis, or fat burning, is turned off and energy is conserved.

In mouse studies, mice that lack the gene that produces sLR11 are far more resistant to weight gain when switched from a low-calorie diet to a high calorie one, suggesting when sLR11 isn’t around, brown fat thermogenesis can proceed unopposed. sLR11 essentially acts as a brake to prevent too much fat breakdown.

Of course, researchers would like to find a way to block the effects of sLR11 as a way to treat obesity but such a discovery could take a while. sLR11 also partially explains why people who are overweight and obese have problems losing weight – they have higher levels of this anti-fat breakdown protein that puts the brakes on thermogenesis.

You may have heard about the concept of a “set point,” a point below which your body fights further attempts at fat loss. Again, it’s that homeostasis thing at work. How does your body fight off fat loss? It pulls out all the stops to make you hungrier so you consume more calories. Plus, it reduces the extraneous movements you make, outside your awareness, so you’re conserving more energy. In other words, if you push your body to lose too much weight, it fights to hang on to it.

Before you assume that it’s all hopeless and you’re stuck at a weight you don’t like, some experts believe you CAN reset your set point – but it’s not easy. The way, theoretically, to do this is to lose no more than 10% of your body weight at one time and maintain it for six months before trying to lose more. Once you’ve successfully lost and maintained the weight loss for six months, repeat the cycle by losing and maintain another 10%. In other words, be patient, lose weight in a healthy manner, and don’t be a crash dieter.

Although more research is needed on whether exercise can change your set point, building more lean body mass will slightly increase the number of calories you burn every day since muscle is more metabolically active than fat tissue. At the other end of the spectrum, long periods of moderate-intensity cardio could have the opposite effect – it may cause your body to hang onto fat to keep your energy stores high. Sustained exercise, especially in a calorie-deprived state, is stressful on your body and causes your body to adapt by hanging onto body fat for survival purposes.

Other Ways to Keep Your Body from Fighting Fat Loss

Keep a food and exercise diary when you’re trying to lose weight. That way you’ll be aware of how much you’re eating. Those mindless little nibbles you take are your body’s way of helping you return to your set point. It’s your job to be aware and override them. Be sure you’re getting protein in your diet and eat whole foods high in fiber to reduce food cravings. Combine that with at least 7 hours of sleep a night to keep your cortisol level down.

Your body doesn’t care how you look in a pair of yoga pants or a bathing suit – it cares about survival. That’s why you have systems in place to hold onto energy reserves, in this case, body fat. You’ll have more success maintaining the weight you lose if you do it slowly by losing 10% of your body weight, maintaining it for 6 months or more, and then losing more. Also, don’t underestimate the benefits of resistance training. Pump up the muscle and watch the fat drop off. It’s not easy, it takes patience – but it’s doable.