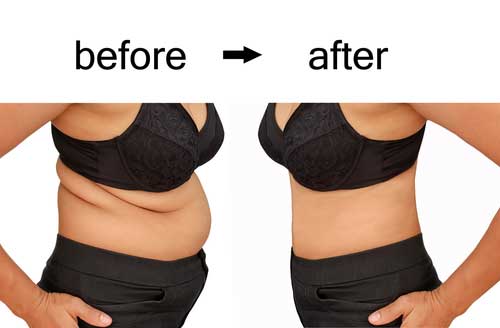 Losing weight, especially if you’re obese, is no easy task. All too often, people oversimplify the undertaking by making statements like “eat less and exercise more,” as if it were that easy. People who are obese not only have large amounts of weight to lose – they’re fighting their own internal hormonal environment, including problems like insulin resistance that make it easier to store fat even when they consume a reasonable number of calories. Still, despite the challenges, a certain percentage of obese men and women lose modest amounts of weight, but for many, it’s a long battle that’s only beginning once the weight is off.

Imagine losing 50 or more pounds and then regaining it. Sadly, that’s the fate of the majority of obese people who are able to lose large amounts of weight in the first place. When researchers in the U.K. looked at databases corresponding to people who had lost weight over a 10-year period, they uncovered sobering statistics. Only about 1 in 124 obese women and 1 in 210 obese men are able to reach a normal body weight in any given year. Although some individuals were successful at losing modest amounts of weight, about 5% of their body weight, they regained the majority of what they lost.

Still, even modest amounts of weight loss, as little as 5%, have benefits from a health standpoint. Even moderate weight loss improves insulin sensitivity, blood lipid levels and reduces blood pressure, all of which lower heart disease risk. According to a study published in Diabetes Care, small amounts of weight loss, between 2 and 5% of body weight, lowers blood sugar. If you combine modest weight loss with regular exercise, the health benefits are even greater. That’s why ANY weight loss that can be maintained, counts!  Therein lies the problem – maintaining the weight that’s lost – it’s not an easy task.

Australia, a country with a growing obesity problem is all too familiar with the problem of weight regain. Most obese and overweight people who lose weight regain half of it during the first year and the majority of people regain ALL the weight they lost thereafter – but why?  Australian researchers at the University of Melbourne asked the same question – why do people who work so hard to lose weight almost always regain it?

Searching for answers to this question, they asked 50 obese and overweight adults with an average weight of 210 pounds, as part of a study, to go on a low-calorie diet for 10 weeks. At the beginning of the study, they measured levels of a variety of appetite hormones, including ones like leptin, peptide YY, and CCK that suppress appetite and hormones that increase appetite like ghrelin.

After 10 weeks of low-calorie dieting, they again measured levels of these hormones. In response to weight loss and low-calorie dieting, hormones that suppress appetite had dropped while appetite-activating hormones like ghrelin had risen – not a desirable set of circumstances. The participants also felt hungrier. What’s more disturbing is when they measured levels of these hormones a year level, they still hadn’t returned to baseline levels.

The Problem of Set Point

What does this mean? Obese people who lose weight continue to wage a war with their appetite hormones a year or longer after losing weight. Some experts subscribe to the set-point theory. The idea that you have a “set” weight, partially genetically determined, which your body wants you to maintain. If you venture too far from your set point by gaining weight, physiological changes take place that makes it easier for you to regain the weight you lost – appetite hormones urge you to eat and you unconsciously expend less energy by moving around less.  Resting metabolism may also slow, leading to fewer calories burned at rest.

Does It Ever Become Easier?

The question is whether the body can, over time, establish a set point at a healthier weight, so there isn’t the constant urge to eat more and around move less after losing weight. The Australian study only looked at appetite hormones a year after the participants lost weight. Does it get less challenging later on? Possibly. It’s certainly not impossible to lose a significant amount of weight and keep it off. The National Weight Control Registry has a database of 10,000 people who have lost significant amounts of weight and not regained it. Do these successful losers have anything in common?

People in the database who lost and kept the weight off have a high level of commitment to not putting the weight back on. They exercise, on average, about an hour a day seven days a week and spend less time than others doing sedentary activities like watching television. They consume fewer calories than the average person and are less likely to splurge on the weekend with high-calorie foods. They also monitor their weight closely by stepping on the scale every day so they can quickly respond to weight changes. These folks are highly focused on not regaining the weight they lost and have a high level of commitment to not becoming obese again. So, it’s not easy but it is possible to control obesity with a high level of commitment and self-monitoring.

It’s an oversimplification to blame obesity on a lack of willpower. When you lose weight, your body quietly fights back by altering appetite hormones and slowing your metabolic rate. The reality is everyone, regardless of whether they started out obese, has to maintain a high level of commitment to avoid regaining lost weight. You’re fighting a battle with your biology and the natural tendency of your body to take you back to your set point weight. It takes a lifelong change in dietary habits, close monitoring of your weight, and a commitment to exercise to avoid weight regain – but it can be done with focus and determination.

Is Yo-Yo Dieting Damaging to Your Health?