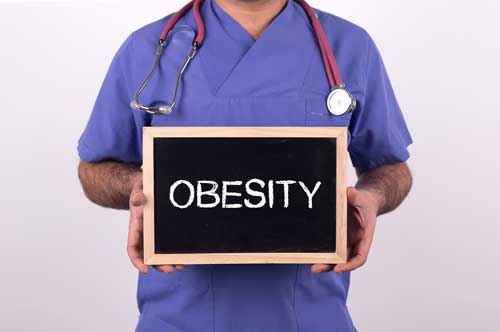 If there’s one problem that’s garnering lots of attention these days, it’s the growing rate of obesity. Based on statistics for 2011 to 2012, almost 35% of adult Americans are obese. That’s in stark contrast to the 14% of people who were obese in the 1970s. What’s going on?

Scientists are not sure why the rate of obesity is growing so rapidly. Some blame it on an increase in portion sizes and a greater reliance on processed foods due to lack of time. It’s no secret that processed and packaged foods are high in sugar and contain the controversial sweetener high-fructose corn syrup, not to mention soft drinks. Plus, technology makes it easier to move less. These days, you don’t even have to get up out of the chair to change the television station.

For years, experts have focused on poor eating habits, lack of exercise, and even environmental factors, like exposure to light at night and toxins in the environment, as the primary drivers of obesity. The idea being that obesity is a lifestyle issue and one that’s a risk factor for disease but not a disease itself.

Over the last few years, the tide has changed. Now the focus is shifting towards obesity being a disease itself and one marked by systemic inflammation. As you’re probably aware, inflammation is a factor in a number of chronic diseases, including heart disease and type 2 diabetes. Then, in a controversial move in 2013, the American Medical Association voted to classify obesity as a disease rather than just a risk factor for health problems.

As you might expect, some people find the idea of obesity being a disease a tough one to swallow. After all, the obesity rate began to rise after the American lifestyle began to change and people started to drive more, cook less, and eat more prepared foods and meals at restaurants. Yet the concept of being an inflammatory disease isn’t so farfetched.

The idea that obesity is an inflammatory disease gained support after researchers discovered fat cells produce chemicals called adipokines. The term adipokine is one that encompasses a number of chemicals that alter other tissues and contribute to inflammation. In fact, fat cells produce so many chemicals and hormone-like substances that scientists now believe it’s an endocrine organ, like your pancreas and thyroid gland.

Why Obesity May NOT Be a Disease

One of the biggest arguments against obesity being a disease is the fact that not all obese people develop metabolic problems like insulin resistance. In fact, some studies show as many as 30% of obese people are metabolically healthy and don’t suffer the health problems we classically associate with being overweight or obese. This sub-group doesn’t appear to have a higher rate of heart disease, high blood pressure, or type 2 diabetes. despite being classified as obese.

Yet other studies show even “metabolically healthy” people, over time, develop many of the same health problems other obese people do. So, the idea of “healthy obesity” isn’t firmly established. It could be the healthy obese haven’t had enough time to develop problems. What we do know is, on average, adults who are obese live three fewer years than non-obese people.

Although genetics is a factor in some cases of obesity, they aren’t the full story. When people from countries where the obesity rate is low migrate to Western countries, their rate goes up. No doubt, there’s a genetic component, but some people with a strong genetic tendency to become obese maintain a normal weight. The great equalizer between people genetically prone to obesity and those who aren’t is physical activity. People with obesity genetics who exercise regularly are able to maintain a healthy body weight despite being at a genetic disadvantage.

The real reason the American Medical Association reclassified obesity as a disease in 2013 is more pragmatic than related to whether or not it is a true disease. By officially calling it a disease they hope to create greater awareness of the problem. Since some health care professionals focus more on treating disease than preventing it, they may feel more compelled to take aggressive action to help patients lose weight. Plus, insurance companies will feel more pressure to pay for future treatments for obesity. Who can argue with greater awareness of this “growing” problem?

Regardless of whether obesity is truly a disease in the classic sense, like heart disease, cancer, and diabetes, is debatable but it’s clear that there’s still a lot we don’t know about obesity. Saying it’s due to overindulgence and lack of activity may be an oversimplification.

Some research suggests that the tendency towards obesity begins early – as early as in the womb. One study showed kids born to moms who are exposed to bisphenol-A, or BPA, while pregnant are more likely to be obese at age 7. BPA is a chemical in plastic products that linked with disruption of hormones. Therefore, environmental exposures very early in life may create conditions that foster obesity.

Despite the questions that still exist about obesity, lifestyle is still a strong factor. Eating whole foods and being physically active helps moderate the risk even in people at high risk for it. If obesity is a disease, it’s a lifestyle disease in much the same way type 2 diabetes is. Lifestyle matters with type 2 diabetes too, as it does with many health problems.

So, whether you call obesity a disease or not – the take-home message is the same. Do what you can to lower your risk of becoming overweight or obese by making smarter food choices, exercising, and sleeping at least 7 hours a night.