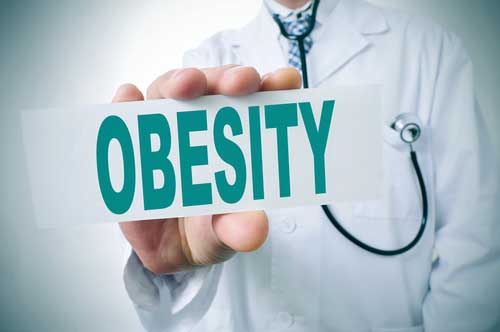 The social landscape is slowing changing with more people accepting and even embracing the extra pounds they carry on their bodies. At the same time, shaming of super-skinny models is on the rise as more people espouse the benefits of having womanly curves.

Some degree of acceptance is a good thing, as long as it doesn’t make you complacent. It’s important to not be defined by how much we weigh, but what we accomplish. However, the burgeoning “fat acceptance” movement raises questions about whether things are moving in the wrong direction, making people who are an unhealthy weight or obese “comfortable” and less motivated to make healthy lifestyle choices.

Why the growing acceptance of being overweight and obese? A year ago a study concluded that a proportion of people who are obese, as many as 35%, are metabolically healthy and don’t suffer from metabolic issues like insulin resistance that are the underlying cause of many obesity-related health problems. A term for this was coined, “metabolically healthy obesity.”

Based on this study, it seemed that being obese and healthy was not necessarily incompatible, giving support to the idea that you don’t have to be lean to be in good health. Yet a larger study involving almost 34,000 people again shattered hopes that being overweight or obese is healthy. This study revealed that obesity, even in people who have a normal metabolic profile, is not without future risks. It seems that a number of metabolically healthy obese people go on to develop metabolic risk factors for type 2 diabetes and heart disease later in life. Yes, there may be obese people who don’t develop health problems, at least not initially, but the odds are against them long term.

The idea of healthy obesity was further shattered by a study showing metabolically healthy obese people had higher coronary calcification scores, indicating a greater risk for heart disease, than normal-weight metabolically healthy individuals. As you know, heart disease is the number one killer of both men and women, and being overweight increases the risk for lipid abnormalities, blood pressure, and insulin resistance, all of which are risk factors for heart disease.

Being Obese Has Health Consequences

No doubt, beauty shouldn’t be defined by the size of someone’s body parts, how people look in their clothes or a number on a scale, but it’s also not wise to ignore the serious health implications of being obese. Obesity is a risk factor for a long list of health problems, including heart disease, high blood pressure, certain forms of cancer, sleep apnea, type 2 diabetes, fertility problems, osteoarthritis, and gallstones. Those risks shouldn’t be ignored or taken lightly.

Making obesity acceptable places this generation and future generations at greater risk for health issues that will likely shorten their lifespan. The most concerning of these is insulin resistance and type 2 diabetes, diseases that negatively impact every tissue and organ in the human body while speeding up the aging process and shortening lifespan.

The Growing Problem of Diabesity

Currently, there’s a type 2 diabetes epidemic going on and so strong is the association with obesity that the term “diabesity” has been coined. What role does being overweight and obesity play in this epidemic? Obesity disrupts hormonal and nervous system pathways that regulate blood sugar metabolism and is linked with whole body inflammation.

Far from being quiescent, fat cells release hormones and inflammatory molecules that have far-reaching effects on health. With the incidence of childhood obesity on the rise, these health issues will likely be passed on to future generations. Already children are suffering from health problems like type 2 diabetes and hypertension, which were once rare in people under the age of 20.

In the current climate, there’s the risk of people losing perspective as to what a healthy body weight is. More than 60% of Americans are overweight or obese and a significant number don’t believe their weight is a problem. As a result, they’re less likely to exercise or eat a diet that would support healthy weight loss.

Why is this a problem? People don’t have a reason to take action unless they think they’re heading for problems. Although obesity rates among adolescents have more than doubled in the last two decades, the perception of being overweight or obese is on the decline.

Not All Obesity is the Same: Where You Store Fat Matters

Some types of obesity are more harmful than others. Where you store fat matters. If you carry more of your body fat around your waist and upper abdomen or have fatty deposits on your liver, your risk for dying early is higher than someone who stores fat in the hip and thigh region and doesn’t have fatty liver. Storing fat around the waist is a sign of insulin resistance, oftentimes a precursor to heart disease and type 2 diabetes. Most people who are overweight and obese and metabolically healthy store their fat in their lower body.

Losing weight isn’t always easy. Some people have a harder time losing weight than others, partially due to genetic factors while other people have health conditions or take medications that make it hard to lose weight. The good news is even if you’re not an ideal body weight, exercise can still improve your health and lower your risk for obesity-related health problems by improving glucose metabolism, blood lipids, and lowering blood pressure.

In fact, exercise is even more important if you’re overweight or obese. Better to be fit from a cardiovascular standpoint and carry a few extra pounds than to be sedentary. If you’re normal weight and sedentary, you still run the risk of being sarcopenic, having too much fat and too little muscle. A study published in the Journal of the American Medical Association showed fitness is more important than fatness when it comes to health. Staying physically active is one step everyone, regardless of weight, can take to maintain a healthy body composition. Now, if we can only convince people they need to exercise.

Eurekalert.org. “Am I fat? Many of Today’s Adolescents Don’t Think So”

Boston.com. “Being fat and fit is better than being thin and sedentary, study says”