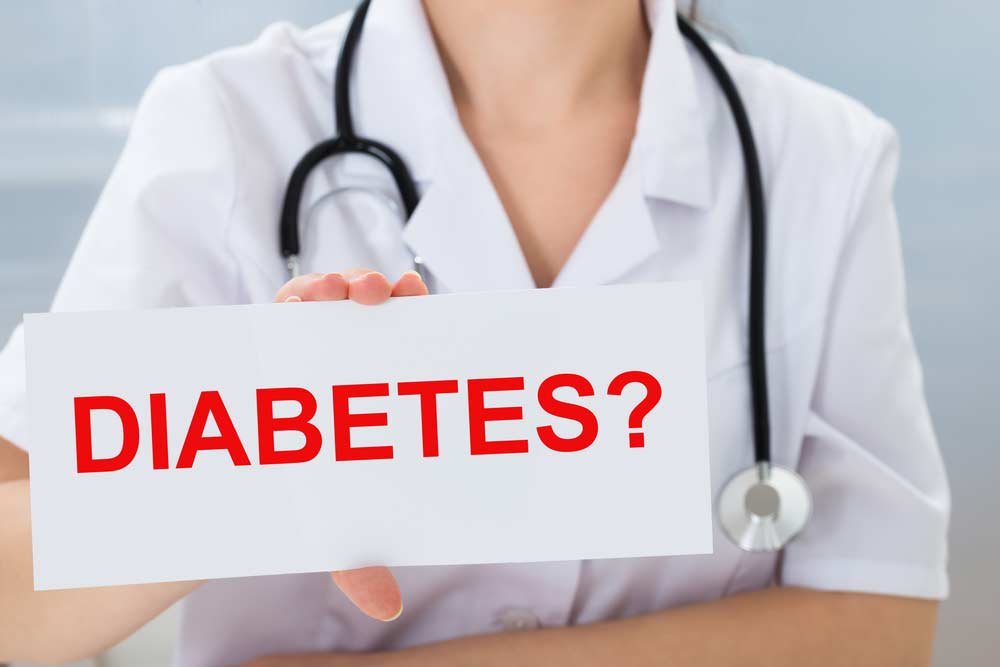 It’s one of the biggest health epidemics of the century. Type 2 diabetes rates are soaring, and the trend shows no sign of slowing. According to the World Health Organization, the percentage of adults with type 2 diabetes in 2014 rose to 8.5% – up from 4.7% in the 1980s – and that only tells part of the story. A significant number of people are insulin resistance and at high risk of developing type 2 diabetes. Research shows that even insulin resistance, what is sometimes called pre-diabetes, increases the risk of complications related to high blood sugar levels, even when they don’t have type 2 diabetes.

Type 2 diabetes is more than blood sugars that are too high. High glucose damages every organ in the human body and is a leading cause of heart disease, blindness, kidney failure, stroke, peripheral vascular disease, and amputations. Type 2 diabetes has the potential to significantly reduce lifespan and quality of life. It’s a disease that becomes more common with age. In fact, 25% of people over the age of 65 have diabetes.

Body weight is important for blood sugar control. In fact, studies show that type 2 diabetes can be reversed or significantly improved by simply losing weight. In support of this, a study published in the esteemed journal Lancet found that weight loss alone can send type 2 diabetes into remission. In the study, half of the participants who lost an average of 30 pounds no longer showed signs of diabetes. In addition, studies show that people who fall into the pre-diabetes range, with fasting blood sugar levels of more than 100 but less than 120, can prevent progression to full-blown type 2 diabetes by losing weight.

Why is weight loss so powerful for controlling blood sugars and potentially reversing type 2 diabetes? Type 2 diabetes is a disease driven by insulin resistance. Insulin resistance is a state where cells, particularly muscle, liver, and fat cells, stop responding to insulin. After you eat a meal and glucose enters the bloodstream, cells need to take it up quickly as glucose is toxic when it stays in the blood. Plus, cells need it to make ATP, the cell’s energy currency. Insulin is the signal that tells the cells to open their gates and let glucose inside, or at least that’s the way it’s supposed to work.

In people with type 2 diabetes, the receptors on cells that bind to insulin become desensitized and don’t respond to insulin’s urgent signal to open and let glucose in. Insulin tells the glucose gates to open but they’re sluggish and glucose can’t get into cells as easily. The pancreas tries to remedy the problem by producing more insulin. Soon, you have higher levels of insulin circulating in the bloodstream, not a healthy situation. Plus, the pancreas may eventually tire of producing so much insulin and burn out. When that happens, more and more glucose stays in the bloodstream and blood glucose levels become chronically elevated. You’ve now crossed the threshold into type 2 diabetes. Insulin also helps amino acids from protein make their way into cells.

While no one knows exactly what causes insulin resistance, the biggest factor seems to be energy overload and over-accumulation of body fat, as we see with obesity. We now know that fat tissue is a storage depot for fat but also an endocrine organ that pumps out hormones, like leptin, that regulate appetite, as well as inflammatory chemicals called cytokines. That’s important since research reveals that inflammatory cytokines drive insulin resistance. Plus, studies also show that chronic, low-grade inflammation, the kind associated with obesity, alters insulin signaling, the way in which insulin interacts with cells. When obese people lose weight, inflammation and the release of inflammatory cytokines declines, insulin sensitivity, and blood sugar control normalize or improve. So, correcting the obesity problem greatly improves blood glucose levels and helps reduce the complications associated with the disease.

Yet, obesity isn’t the full story. Genetics is also a factor. Around 15% of cases of type 2 diabetes are in people who aren’t overweight or obese. In these cases, genetics appears to be an overriding factor. Some studies suggest that people with type 2 diabetes who are of normal weight have a genetic defect in their mitochondria that makes the mitochondria inefficient at burning fatty acids and glucose. This leads to increased fat storage inside muscle cells, simulating the effects of obesity.

But, it’s also important to note that you can theoretically be “obese” and not be substantially overweight. Obesity is more about body fat percentage that is total body weight or body weight relative to height. (BMI) You can be of normal weight and have a high body fat percentage due to sarcopenia, the age-related loss of muscle mass. Plus, we also know that being wide around the waistline is a marker of more visceral fat, a particularly unhealthy type of fat linked with insulin resistance and heart disease.

As Claudia Langenberg, MD, Ph.D. from the Institute of Metabolic Science in Cambridge England points out, some people who are overweight or borderline overweight who have a large waist size are at the same risk of type 2 diabetes as those who are obese. The risk rises significantly in men with a waist size larger than 40 inches and women with a waist circumference larger than 35 inches.

Obesity is the strongest driving force behind type 2 diabetes, but you can be of normal weight and still have similar risks to an obese person if you carry your fat around the waist. So, monitor your body weight, body fat percentage, AND your waist size and work toward normalizing them to lower your risk of developing type 2 diabetes.

What is Type 3 Diabetes & What Dietary Habits Prevent It?