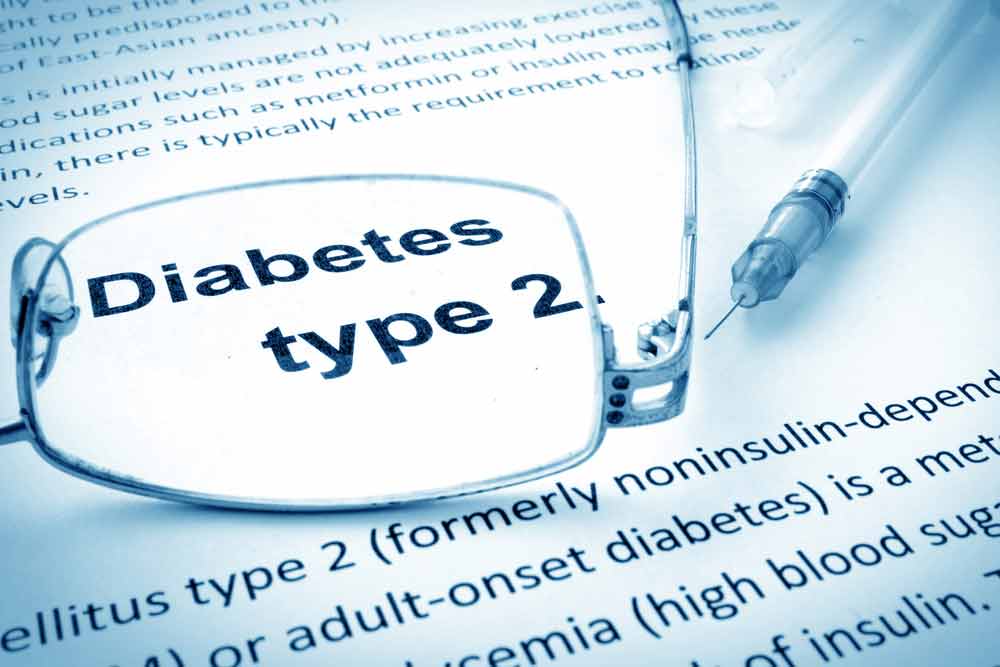 The number of people with type 2 diabetes continues to grow. Currently, about 7% of the population in the United States has diabetes and around a third are unaware of it. Since obesity is a major risk factor for type 2 diabetes as is aging, you can expect the incidence to continue to grow due to the obesity epidemic and the aging population. Why is this disease so common and can you reverse type 2 diabetes?

Although genetics play a role in who develops type 2 diabetes, the risk is also strongly influenced by lifestyle. Unlike type 1 diabetes, characterized by a lack of insulin, people with type 2 diabetes are insulin resistant. This means the receptors on cells don’t respond as readily to the insulin their pancreas produces. Over time, the pancreas is forced to pump out more and more insulin to get glucose into cells. It eventually “poops out” and can’t produce enough insulin to ferry glucose into cells and keep blood glucose levels normal. That’s when type 2 diabetes sets in.

Type 2 diabetes is often proceeded by insulin resistance, what’s often referred to as pre-diabetes, where blood sugars are higher than they should be but not yet in the diabetic range. At this point, the disease is most amenable to lifestyle changes and can often be reversed through focused lifestyle changes. But what about once type 2 diabetes sets in? Can the disease still be reversed at this stage?

Can You Reverse Type 2 Diabetes Through Healthy Living?

Previous studies suggest that lifestyle and dietary factors can reverse glucose intolerance enough that some people with type 2 diabetes can get off of diabetes medications. A new study carried out by researchers at Newcastle University support this and adds additional insight into how and why. Based on their research, type 2 diabetes is marked by fat accumulation within the liver and the pancreas from weight gain and a calorie-rich diet. When the pancreas accumulates too much fat, the beta cells that produce insulin don’t function as well. Plus, the liver overproduces more glucose and releases it into the bloodstream when it’s filled with fat.

So, how might you reverse type 2 diabetes caused by fat accumulation in the pancreas and liver? According to the lead scientists, weight loss reduces the amount of fat in the liver and pancreas and helps reverse the disease. However, they point out that the best chance of reversing type 2 diabetes is when you’ve had it for less than a decade. It becomes more difficult, the longer you’ve had it.

Do these findings hold up when you apply them to real people with type 2 diabetes and if fat accumulation in the liver and pancreas are a factor, how do you reverse it? The authors of the study recommend a two-step approach. Initially, they suggest adopting a low-calorie diet without exercise. During stage 2, they suggest increasing calorie intake modestly and add daily exercise. Preliminarily, people with type 2 diabetes who are highly motivated have been able to reverse and maintain their high blood sugar levels. Studies looking at this approach on a larger scale are forthcoming.

As these findings show, weight loss is key to reversing type 2 diabetes. Other studies confirm these findings and show that people diagnosed with type 2 diabetes within the past ten years can reverse the condition by losing around 33 pounds. As mentioned, you need to take action early. The longer you have elevated blood sugars, the harder it is to reverse the disease through weight loss. So, there seems to be a window period after being diagnosed with type 2 diabetes that you can turn the condition around by losing weight. However, your best bet is to catch the condition before it becomes full-blown type 2 diabetes. Many people develop metabolic syndrome or pre-diabetes before they become diabetic. Losing weight during this time period offers the best chance of preventing progression to type 2 diabetes.

Losing weight isn’t the only lifestyle factor that helps reverse the rising glucose you see with pre-diabetes and type 2 diabetes. We know that exercise enhances insulin sensitivity and this helps to lower blood sugar. In one study, researchers asked a group with type 2 diabetes to exercise for 175 minutes weekly and reduce their calories to 1,200 to 1,800 calories per day. After a year of doing this, 10%of the participants’ blood sugars dropped out of the diabetic range into the pre-diabetic category and they no longer needed diabetic medications. Between 15 and 20% of the participants were able to get off of diabetes medications.

As you can see, the best chance of reversing type 2 diabetes or preventing its progression is to exercise and lose weight early, preferably during the pre-diabetic stage. Unfortunately, healthcare professionals are often slow to recommend lifestyle changes until blood sugars are in the diabetic range when it’s best to address the problem during the pre-diabetic stage. That’s why it’s important to check your blood sugar regularly and know your numbers. If your fasting blood sugar is above 99, it’s in the pre-diabetic range. If it’s 125 or greater, that’s classified as diabetes. Know your numbers! Finally, exercise and control your weight even if your blood sugars are normal. Doing this will lower your risk of ever developing type 2 diabetes.

Yes, it’s possible to reverse type 2 diabetes or slow its progression through lifestyle. That’s encouraging news for the growing number of people who suffer from this metabolic condition.

Eating and Living Healthier: The Fight Against Weight-Related Diseases

Can Strength Training Lower Your Risk for Type 2 Diabetes?