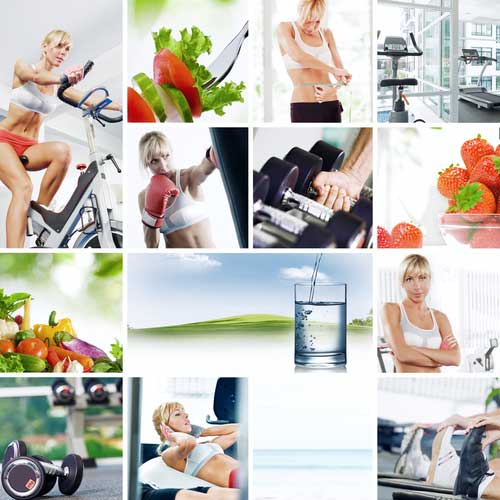 Many people, especially those over the age of 50, are waging an internal battle with metabolic problems like insulin resistance and it’s leading them down the path to poor health. According to a recent study, half of Americans are either pre-diabetic or already diabetic. Underlying the insulin resistance, that goes along with type 2-diabetes and pre-diabetes, is another burning health issue – chronic inflammation.

Only recently has medicine focused in on the role inflammation plays in health and disease. Unlike acute inflammation, the redness and discomfort you get when you’ve injured yourself or have a skin infection, chronic inflammation is invisible to the eye. It, instead, goes undercover silently damaging tissues and the inner walls of blood vessels, leading to other health problems.

Recent research suggests inflammation may be the driving force behind medical problems such as type 2-diabetes and heart disease. A number of people with type 2 diabetes test have higher levels of inflammatory chemicals in their bloodstream, like C-reactive protein, suggesting they have smoldering, low-grade inflammation going on beneath the surface. These inflammatory chemicals often begin to rise BEFORE obvious signs of insulin resistance appear suggesting inflammation directly contributes to insulin resistance.

Improving Metabolic Health: The Role of Diet and Exercise

Cutting calories and making smarter dietary choices WILL improve your metabolic health because it reduces body fat and the inflammatory chemicals it produces, but there’s another part to the equation – exercise. Many people are willing to make dietary changes but when it comes to working up a sweat, their motivation falls short. It’s easier to cut calories than it is to work your body! However, exercise may be the BEST way to improve metabolic health.

A new study shows exercise trumps calorie restriction for restoring metabolic health. Researchers at the Changi General Hospital in Singapore compared the effects of diet and exercise on markers for metabolic health. One group of participants dieted for 24 weeks while the other group used exercise as their only weight loss vehicle. The results? Both groups lost a similar amount of weight – about eight pounds – but here’s the kicker. The exercise group experienced improvements in inflammatory markers, suggesting they were less inflamed. They also had better blood sugar control than the diet group.

The results of this study aren’t surprising. A number of studies show exercise improves the way your body handles glucose. In fact, exercise alone is enough to reverse insulin resistance in some people. In one study, middle-aged adults with insulin resistance took part in a 30-minute per day walking program, walking at a moderate intensity. The participants exercised three to seven days weekly for 24 weeks. The results? Their insulin resistance reversed WITHOUT cutting calories or losing weight. It’s pretty powerful to reverse a chronic medical condition by working out at a moderate pace 30 minutes a day with no change in diet or weight loss.

Both aerobic and resistance exercise improves insulin sensitivity. In fact, a single exercise session improves the way insulin functions for up to 16 hours after a workout. Plus, exercising on a consistent basis leads to adaptations that positively impact how cells handle glucose. For one, exercise increases the expression of receptors, called glut-4 receptors on the surface of cells. These are receptors that take up glucose. With more of these receptors available, cells can suck up glucose more easily.

Resistance training has a number of advantages for metabolic health. Not only does high-intensity resistance training improve insulin sensitivity during and after a workout, but this type of training also builds lean body mass, which has long-term metabolic benefits. More muscle means more muscle tissue to take up glucose and less fat to produce inflammatory chemicals that worsen insulin resistance.

Another way resistance training enhances insulin sensitivity and metabolic health is by boosting the production of adiponectin, a hormone made by fat cells. We mentioned that fat cells produce inflammatory chemicals, but adiponectin has the opposite effect, is helps calm inflammation.

Resistance training alone has the power to improve insulin sensitivity. Research shows pushing iron as little as twice a week is effective for curbing insulin resistance. Plus, you get the additional benefits resistance training offers: improved bone health, greater strength and functionality, and a better physique. Time to get moving!

Although exercise and diet are both important for reversing insulin resistance, exercise has the edge over diet. In reality, you’ll benefit from both exercise AND making smarter dietary choices. Other lifestyle factors that will help keep your cells sensitive to insulin are: getting enough sleep, not sitting for long periods of time, avoiding processed foods, limiting saturated fat, and not skipping breakfast. A study published in Family Practice News showed not eating breakfast was linked with insulin resistance and worse metabolic health. Make sure breakfast includes fiber and protein! Start the day off right with a healthy morning meal.

Diabetes Forecast. “Inflammation and Its Possible Links to Diabetes” December 2011.

How Much Weight Loss Do You Need To Improve Your Health? You Might Be Surprised!

Walking After a Meal Can Improve Your Metabolic Health

What Role Does Exercise Play in Reversing Pre-diabetes?Does Low-Intensity Exercise Have Health Benefits Too?