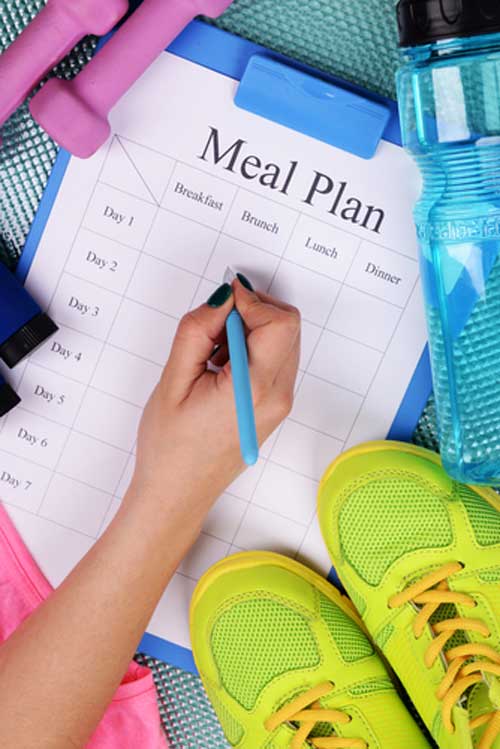 Meal skipping is a controversial topic. On the one hand, you have the intermittent fasters who believe skipping meals promotes weight loss and improves insulin sensitivity. On the other, you have the camp that believes you should eat a healthy meal or snack every 3 hours to help control hunger. Who’s right?

Skipping Meals and Your Waistline

A new study suggests missing meals is a risk to your waistline.  Researchers at Ohio State University divided mice into two groups. One group consumed a diet that was restricted during the first part of the study before additional calories were added back in, similar to what people do when they skip meals or eat on an irregular schedule. The other group enjoyed an unrestricted diet. Both groups of mice lost weight, with mice on the restricted diet losing more initially, but the mice that ate the irregular diet quickly regained some of the weight – and where did it go? Around their mid-section – where humans put on belly fat.

As the study progressed, the mice eating the restricted diet developed the habit of gobbling their daily food down quickly and then fasting for up to 20 hours, similar to an intermittent fasting situation, which some people believe is healthy. The way the mice responded to food was similar to how humans react when they skip meals and deprive themselves of calories – they’re so hungry, they overeat!  At least, in this case, fasting and gorging lead to an increase in tummy fat.

What’s just as concerning is the mice in this study showed an increase in blood markers consistent with inflammation, a concern that goes beyond body composition since inflammation is a risk factor for chronic health problems like heart disease, cancer, and even dementia.

Why did the mice regain the weight they lost and why did it go to their belly? As the researchers pointed out, in response to irregular meals, the mice developed insulin resistance. No longer were the cells in their bodies that took up glucose responding appropriately to insulin. Humans have this problem too, most commonly those who are overweight or obese, and an insulin-resistant state makes it very difficult to lose weight. When cells become less responsive to insulin, the pancreas compensates by pumping out even more insulin to the point you have an overabundance of insulin in your blood.

Unfortunately, insulin promotes fat storage and puts a damper on fat oxidation, what you don’t want when you’re trying to lose weight. The cycle of insulin resistance and inflammation is vicious since the combination of the two makes it even harder to lose weight.

A characteristic most people with insulin resistance have is excess belly fat and a large waistline. The fat accumulation is mostly visceral fat, a particularly unhealthy form of body fat to carry around. Visceral fat is strongly linked with heart disease, metabolic syndrome and type 2-diabetes and is more dangerous from a health standpoint than subcutaneous fat, the type you can pinch between your fingers. Of the two forms of fat, visceral fat is the type that subtracts years from your life.

Not All Studies Show Skipping Meals is Unhealthy

To confuse matters, some studies show skipping meals a.k.a. intermittent fasting has health benefits. Why can’t the studies ever agree? One study found asthmatics that ate an appropriate number of calories one day and restricted their calorie intake by 80% the following day in an alternating manner experienced improvement in their asthma symptoms. Other benefits they experienced: a drop in triglyceride and cholesterol, a reduction in markers for inflammation and an 8% loss of body weight. One thing to note is this group was on a controlled eating plan and didn’t binge and fast like the mice in the previous study. In addition, even though they lost 8% of their body weight – did it come from fat or muscle? It matters. Plus, realistically, how many people can eat this way long term?

All in all, this new study raises questions about the health benefits of skipping meals and intermittent fasting, suggesting it may do more harm than good. Fasting and making up for it by overeating leads to rapid fluctuations in blood sugar and insulin, which could create metabolic problems, especially if you’re prone towards insulin resistance. At least it did in the mouse study. Of course, it would be MORE helpful to see the results of a similar study in humans.

And what about body composition? You might lose weight initially by skipping meals, but if you regain some of it and what you regain is belly fat, that’s not a good trade-off. Skipping meals can negatively impact body composition in another way. Investigators from Aarhus University in Denmark found that a 72-hour fast cut the activity of a signaling pathway called mTOR that regulates muscle growth. So, the resistance training you do to build or preserve muscle tissue may be wasted, along with wasting of your muscles. Of course, most people aren’t going to do a 72-hour fast. It would be interesting to know how mTOR would be affected by a shorter term fast, 12 hours or so.

Whether you skip meals because you’re pressed for time or trying to lose weight, the outcome could be a more unfavorable body composition and metabolic issues, so don’t do it routinely. If you ARE forced to skip a meal, don’t overcompensate by raiding the refrigerator. In the long run, it’s best to control hunger by eating meals at regular intervals and including a source of protein to help control hunger. Choose high-fiber, unprocessed sources of carbohydrates and moderate amounts of healthy fats like those in nuts and olive oil. Most importantly, don’t use meal skipping as a tactic to lose weight. It could very well backfire on you.