Does How Much You Think You’ve Eaten Affect Satiety?

Does How Much You Think You’ve Eaten Affect Satiety? 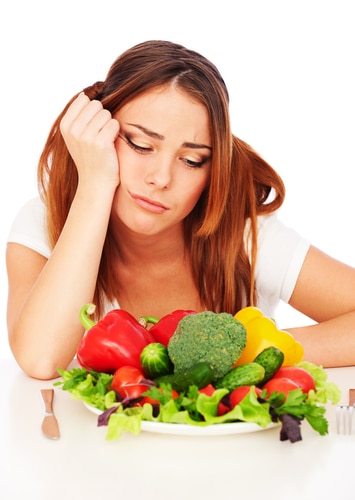 Oh, the power of the mind. Sometimes what we think is more important than actual reality – at least when it comes to satiety and appetite control. A recent study looked at the perceived portion size and its effect on satiety and came to some interesting conclusions.

When It comes to Satiety, Perception May Be More Important Than Reality

After eating the soup, researchers questioned the volunteers about their level of hunger. Immediately after eating, the volunteers reported a degree of hunger consistent with the amount of soup they had actually eaten – but several hours later it was a different story. The group that THOUGHT they had eaten the larger portion of soup felt less hungry than those who believed they had eaten a smaller portion, regardless of how much they had actually eaten.

What does this mean? Hunger and satiety seem to be influenced by how much a person thinks they’ve eaten independent of the actual amount of food they actually ate. Researchers have long believed that higher cognitive functions influence satiety, including the memory of how much was eaten at a previous meal. In one study, researchers found that simply reminding a person of what they ate at their last meal motivated them to eat less at their next meal.

Hungry? Blame It on the Hippocampus

One higher area of the brain that’s linked with appetite control and satiety is the hippocampus, a structure found in both hemispheres of the brain that’s linked with memory, learning, and motivation. This area of the brain has receptors for insulin and leptin, a hormone that influences appetite. Some people with damage to their hippocampus eat excessively, seemingly unable to get full, possibly because they can’t remember their last meal due to their damaged hippocampus. There’s also evidence in animals that diets high in saturated fat may cause the hippocampus to malfunction, leading to poor appetite control and obesity.

Higher levels of your brain, especially your hippocampus, and the perception of how much you ate at your last meal may impact satiety. If you think you ate a lot, your hippocampus may reduce your desire to eat, regardless of the amount you actually ate. This is an example of how higher brain function influences appetite and satiety. In addition, research has shown that sensory qualities of food are important for satiety. For example, one research study showed that volunteers felt fuller when they drank a thicker beverage because they associated thicker beverages with being more filling.

Ways to Trick Your Brain into Feeling Full Faster

Why not use your higher brain function to limit how much you eat? Eat your meals on a smaller plate. Portions look larger on a small plate, and your brain senses you’re eating more and feels satisfied sooner. Research also shows that people eat less when they use a large fork or eat with chopsticks instead of smaller utensils. Even the color of the dishes you eat on sends subtle messages to your brain that impact satiety. For example, research shows that brightly colored red, yellow or orange plates increase appetite whereas dull blue or green plates do not. No wonder fast-food and restaurant signs are usually red or yellow! Eating foods that are higher in volume like soup also promote satiety.

Appetite control and satiety are complicated and your brain plays an active role. By changing the sensory qualities of your food and even the size and color of your plate, you can impact how much you eat – even without your awareness. Such is the power of your brain.

FoodNavigator.com. “All in the Mind? Meal Memories May Influence Later Feelings of Satiety”

5 Times You Eat More Than You Think You Do

Hungry All the Time? How to Choose Foods That Will Keep You Full Longer

A New and Surprising Way to Control Your Appetite – Eat Your Greens!