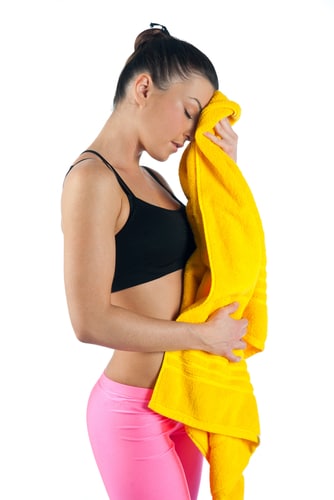 Low-carbohydrate diets have become popular as a way to lose weight over the past decade or so. They do help people shed pounds initially, although much of the drop in weight, in the beginning, is the loss of water as glycogen stores are depleted. The most effective plan for long-term weight loss and maintenance is one that combines diet and exercise. There’s some thought that a low-carb diet makes it more difficult to exercise by causing exercise-related muscle fatigue. Is there any truth to this idea?

Exercise and Low-Carb Diets: Is Exercise Fatigue a Side-Effect?

The body uses a combination of carbohydrates and fat to fuel an exercise session. During low and moderate intensity exercise, carbohydrates are the most important source of fuel in the first minutes until the body increasingly turns to aerobic metabolism where it turns to fat stores. If you rev up the intensity of your workout so that you’re working out at 75% of your V02 max or greater, your body is forced to again turn to carbohydrates as its primary fuel source.

Because the more extreme low-carbohydrate diets like the Atkin’s diet restrict carb intake to as little as 20 grams a day during the induction phase, carbohydrate stores in the form of glycogen stored in the muscles and liver are depleted. As carbs in your diet are reduced, your body begins to rapidly break down fats to form ketone bodies to supply energy to the brain.

Unfortunately, the body can’t readily use fat as fuel during high-intensity exercise. Fats and fatty acids can’t be broken down rapidly enough during strenuous exercise to muscles that need large amounts of energy. This means exercise performance falls off when you exercise vigorously on a low-carb diet. You may experience a sensation of heaviness in your limbs when you work out at a higher intensity and become fatigued much earlier.

The Effects of a Low-Carbohydrate Diet on Exercise

In a study published in the Journal of the American Dietetic Association, researchers put low-carb diets to the test. When they compared exercise performance on a low-carb diet to one that contained adequate carbs, they both resulted in the loss of weight and body fat. But the low-carb group reported higher levels of perceived exertion when they worked out and became fatigued more quickly.

Some experts argue that your body adapts to a low-carb diet and becomes more efficient at using fat as fuel, and exercise fatigue becomes less pronounced. This usually happens after about a week on a low-carbohydrate diet. Even if you do adapt to a low-carb diet to some degree, you’ll most likely still experience a drop-off in exercise performance during high-intensity exercise such as sprinting.

If you work out at a higher intensity, a low-carb diet will make it more difficult. Without adequate carbs, you may also have a harder time building lean body mass during resistance workouts. In a squeeze, the liver can convert protein from muscle tissue to glucose through a process called gluconeogenesis. When you severely restrict carbs, your body may tap into your muscle stores to make more glucose.

This is offset to some degree by the ketosis a low-carb diet causes since ketones can be used as fuel in place of glucose. Low-carbohydrate diets also reduce insulin levels, which can limit muscle growth since insulin helps to move amino acids into cells where they can be used for muscle growth.