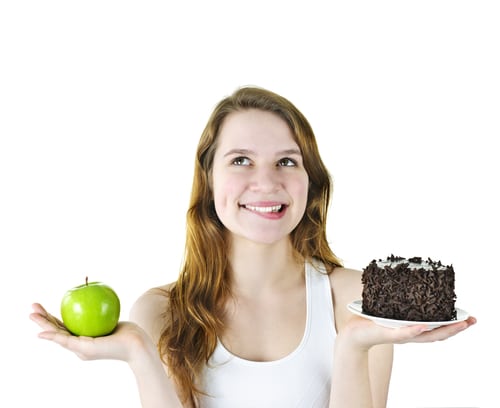 Some people follow a very low carb diet to help control their weight. A very low-carb diet isn’t necessarily a good choice, especially if you do high-intensity workouts. Carbohydrates are the primary fuel source your muscles use during vigorous exercise. Eating a diet deficient in healthy carbs could leave you feeling exhausted and force you to reduce the intensity of your workout.

A low-carb diet can also interfere with your ability to build lean body mass since your body breaks down a certain amount of protein to amino acids to use as energy when you’ve depleted your glycogen stores. Where does that protein come from? Primarily, muscle tissue. That’s not what you want if you’re trying to build lean body mass.

Other carbs to eat in moderation or avoid entirely include white rice, white potatoes, white bread, and fruit juices, especially those with added sugar. These carbs are rapidly digested and absorbed and cause a sharp rise in blood sugar. This causes increased insulin release, making it easier for your body to store fat. It also contributes to insulin resistance.

Rapidly-absorbed carbohydrates aren’t as satiating either. When you eat carbs that are quickly absorbed, it raises your blood sugar and drops it quickly. This stimulates portions of your brain that trigger cravings, meaning you’ll be looking for your next meal sooner. Some research even shows that processed and refined carbohydrates activate a portion of the brain called the nucleus accumbens that’s linked with addiction.

Unfortunately, processed carbs are often lumped in with healthier carbs, fiber-rich carbohydrates that give your body the energy it needs for intense workouts – without sending insulin levels soaring. These are the carbs most people don’t get enough of – fruits, vegetables, legumes and moderate amounts of whole grains.

Unlike processed carbohydrates, these carb sources are absorbed slowly, cause a lower glycemic response so less insulin is released and they’re a source of natural antioxidants, vitamins, and minerals. People who eat very low carbohydrate diets get far fewer antioxidants and fiber in their diet.

Whole foods are also more filling because your body has to work harder to digest them, and they move more slowly through your intestinal tract. High-fiber carbohydrates from whole food sources have a greater “thermal effect,” meaning your body has to expend more energy to digest and process them. That gives your metabolism a temporary boost so it burns more calories

Rather than demonizing all carbs, why not build your diet around healthy carbohydrates instead? You can’t go wrong adding more colorful fruits and vegetables to your diet. Fruits are higher in natural sugar than vegetables but they’re a good source of fiber. This helps moderate the rise in blood glucose and insulin. Where fruits have the most benefit is when you use them as a substitute for dessert or in place of sugar or other high-glycemic sweeteners. Fruit juices aren’t a good choice because they lack fiber.

Whole grains are also “good carbs” but ones to consume in moderation since your body ultimately converts them to sugar. Fortunately, they’re rich in fiber and some are high in protein such as quinoa. This helps to subdue the glycemic response so your blood sugars rise more slowly and don’t fall as rapidly.

Protein is satiating. Plus, it has a high thermic effect. This means your body has to expend more energy to process protein than it does any other macronutrient. When you combine high-fiber, unprocessed carbohydrates with protein, you’ll feel fuller and more satisfied than if you eat carbs alone. Combing the two will give your metabolism a boost because of protein’s thermic effect.

A lot of people get sucked in by low-fat labels on packaged foods, assuming it must be healthier. Without fat, foods have less taste and a displeasing texture. Manufacturers try to make up for this by adding sugar and fillers. Don’t forget that added carbohydrates have lots of names from high fructose corn syrup to maltodextrin. Become familiar with these “sugars in disguise.”

Even better? Stay away from packaged products as much as possible including low-fat ones. They’re less satiating than full-fat foods. Plus, recent research suggests that processed carbohydrates may be just as bad as saturated fat – or even worse – when it comes to the health of your heart. Replacing fat with high-glycemic carbs isn’t a good switch.

Don’t lump all carbs together. They’re not all equal. It’s the processed carbs you’ll want to avoid. Good carbohydrates supply your body with energy, get you full longer, and give you added vitamins, minerals, antioxidants, and fiber. Don’t be carb-phobic – just be afraid of processed carbs.

Fruit Juice, Smoothies, and Whole Fruit: Is One More Nutritious Than the Other?