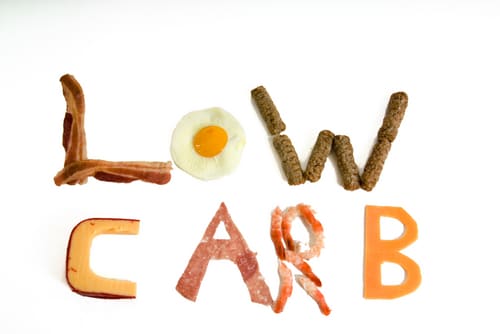 You’ve heard it before. A diet low in carbohydrates is an effective way to shed some unwanted pounds. And for the most part, that is correct. The intake of simple sugars will raise the amount of glucose in your bloodstream and trigger insulin production. The more sugar in the bloodstream, the less your body uses fat reserves for energy. Put another way, the less simple carbs you consume, the easier it is for your body’s fat-burning processes to work. But for health and safety reasons, it’s important to understand how low-carb dieting works.

A distinction must first be made between fast and slow carbohydrates. For example, fast carbs are simple sugars that are contained in foods like bread, pasta, white sugar, or honey. Slow carbs are contained in foods such as beans, peas, or lentils. So when you hear “low-carb diet”, it is referring to decreased amounts of fast carbs. Slow carbs are not an issue in losing weight because the glucose that they contain is released very slowly into the bloodstream.

Fast carbs cause glucose to be released very quickly, causing the release of insulin by your pancreas. The less sugar in the form of simple carbs you consume, the less glucose circulating in your bloodstream and the less insulin you will produce. When insulin is not present, hormone-sensitive lipase (HSL) is produced.

HSL turns on a process in your body that triggers a fat burning mechanism. HSL is responsible for transforming triglycerides or fat molecules into free fatty acids. In simple terms, when the body needs energy and insulin absent, HSL is enabled to break fat molecules apart into a usable form. If insulin is present, this process is impeded. You can think of insulin and HSL in terms of a see-saw. When one goes up, the other automatically goes down.

In the modern American diet, most people consume way too many carbohydrates in the form of cereal, baked goods, rice, pasta, corn, or potatoes. These foods have an insulin-spiking effect on your body, making weight loss a struggle, at best, and impossible, at worst.

Low-Carb Does Not Mean High-Protein

Many people mistakenly assume that low-carb diets and high-protein diets are the same things. They are not. Lowering simple carbs and increasing protein intake can be a very dangerous proposition. If your daily caloric intake consists of more than 50% protein, especially from meat, you should be aware of these health concerns that have been positively linked to very high-protein diets:

• Kidney failure. Protein in excess puts a severe strain on the kidneys, which can lead to renal failure.

• Osteoporosis. Diets high in protein cause people to excrete large amounts of calcium in their urine. Over time, this leads to porous bones.

• Ketosis. Low-carb, high-protein diets are notorious for causing the body to go into ketosis. While ketosis is not detrimental to health in the short term, it can cause problems if prolonged.

Nutrition in a Low-Carb Diet

Instead of focusing on increasing protein as many people do when they embark on a low-carb diet, try putting the emphasis on nutrition instead. Consuming tons of veggies, especially greens, will yield fantastic results. Not only will you lose weight, but your health will not be compromised. In fact, you will probably become healthier.

Another consideration on a low-carb diet is fat. Many people believe that fat is the enemy. It’s not. Studies show that nutrients are more readily absorbed when healthy fat is present. Try to include healthy fat such as olive oil or avocado at every meal.

Contrary to traditional low-carb philosophy, fruits should also be included as part of a low-carb plan. Low-glycemic fruits such as strawberries, grapefruit, or blueberries provide antioxidants and phytonutrients needed for optimal health.

In summary, low-carb diets do work if you work them right. Keep in mind that low-carb does not mean exorbitantly high-protein. The emphasis should be on decreasing simple carbs such as bread, pasta, and rice and increasing nutrient-dense foods such as greens, healthy fats, and certain fruits.