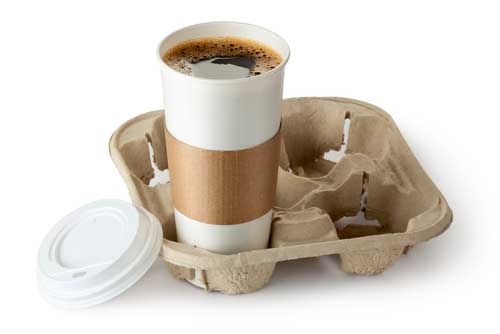 Whether coffee is a good beverage for pre-workout hydration has been a source of controversy in the past. As some experts point out, coffee is a diuretic and diuretics increase urine output. The concern is drinking coffee could lead to greater loss of fluid due to its diuretic effects. This might more than compensate for the amount of fluid taken in, leading to dehydration. Well, caffeine lovers take heart. A new study shows drinking caffeinated beverages may be a suitable pre-workout drink after all.

A study carried out at the University of Birmingham recently showed drinking coffee before or during a workout doesn’t negatively impact fluid balance. In fact, based on this research, coffee may be just as hydrating as water – but there’s one caveat. You need to be a regular coffee drinker. Seems that regular consumers of caffeine, those who make a stop at Starbucks a few times a day, build up a tolerance to the mild diuretic effects of caffeine. As a result, they don’t experience excessive fluid loss through urine and are able to stay hydrated when they drink caffeinated beverages. It usually takes four to five days of drinking caffeinated beverages to develop this degree of caffeine tolerance.

Another study showed consuming caffeinated coffee in relatively large doses, 2 to 3 cups of coffee, didn’t lead to problems with fluid balance in people accustomed to drinking caffeinated beverages. Still, if you’re not used to drinking coffee or other caffeinated beverages, you may find yourself heading to the bathroom more. Caffeine can cause bladder irritation, increasing the need to urinate. Women who drink large amounts of caffeine equivalent to 3 or more cups of coffee daily according to one study are at higher risk for bladder control problems and urinary incontinence. Fortunately, consuming moderate amounts of caffeine, the equivalent of one or one-and-a-half cups of coffee daily, wasn’t linked with bladder control issues.

Can caffeine boost your exercise performance or make your workout feel a little easier? A number of studies show caffeine boosts endurance during periods of prolonged exercise even at relatively low doses, a cup of coffee or two. Caffeinated drinks don’t seem to improve performance in sports that require quick bursts of energy like sprinting. Exactly how caffeine exerts its ergogenic effects is unclear. Although it helps preserve muscle glycogen by activating fat as a fuel source, this doesn’t seem to explain all of its benefits. Caffeine does have a stimulatory effect on the central nervous system. Therefore some of its effects may come from increased focus, alertness, a faster reaction time and a reduction in brain and muscle fatigue. Research also suggests caffeine increases muscle force production.

What about resistance exercise? Can drinking coffee help you eke out a few more reps during a resistance workout? Results are less clear cut than with endurance exercise. A study published in the Journal of Strength and Conditioning Research showed drinking a caffeinated energy drink increased the number of reps a group of men were able to do when lifting at an intensity of 60% of their one-rep max. It also had psychological benefits by reducing how hard the exercises felt.

The problem with drinking coffee prior to a workout or any other time is the amount of caffeine in coffee varies from one brand to another. A cup of coffee, depending upon the brand or type has as little as 70 milligrams of caffeine up to 250 or more milligrams. Espresso beverages are usually lower in caffeine but also have variable amounts ranging from 30 milligrams to 200 milligrams. Lots of variability in the caffeine content of coffee and espresso drinks!

Black tea and green tea are other popular sources of caffeine. The amount of caffeine in these beverages varies depending on the tea, the steeping time and temperature of the water used to steep it. Caffeine in black tea varies from 40 milligrams to 120 milligrams, while green tea has between 40 milligrams and 80 milligrams. As you can see, caffeine quantities vary significantly in coffee and tea.

Due to variation in the amount of caffeine in coffee, some studies use caffeine pills to standardize the dose. If you brew your own coffee at home, it’s best to stick with a single brand so you aren’t getting variable amounts of caffeine every time you drink a cup of coffee.

If you’re a regular coffee drinker, drinking a cup or two of coffee before a workout shouldn’t dehydrate you. In fact, it could improve your performance. Since coffee can cause bladder irritation, it’s probably not smart to drink a lot of it when a bathroom isn’t close by. For some people, coffee is energizing but for others, it can cause nervousness, anxiety and even palpitations.

If coffee is your “go to” drink and it makes you feel good when you drink it, sip a cup or two before you start your workout. A little caffeine boost before a morning sweat session may help get you into exercise mode a little faster. As with most things, coffee and other caffeinated beverages are best enjoyed in moderation.

Can Drinking Coffee Lower Your Risk for Heart Disease?

Coffee and Weight Control: How Coffee Impacts Appetite and Metabolism