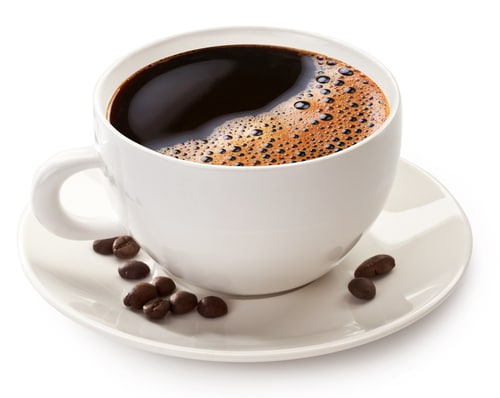 At one time doctors instructed their patients to cut back on coffee. Now coffee tops the list of healthy beverages, thanks to recent studies linking it with a lower risk of certain health problems. For example, research shows a link between coffee and a lower risk for type 2 diabetes, gallbladder disease and some neurodegenerative diseases like Alzheimer’s and Parkinson’s disease.

There’s another possible benefit to drinking coffee. Some people believe they eat less when they sip coffee throughout the day. Can coffee really help to reduce appetite and food cravings? There’s an ongoing study looking at the issue of how coffee impacts appetite. Here’s what they’ve learned so far.

Researchers at Griffith University are looking at the question of how coffee affects appetite. Participants in the study are drinking two cups of coffee, one early in the morning and another later in the morning, others are drinking other caffeinated drinks and still others no caffeine or coffee. So far, they’ve found that the coffee drinkers feel less hungry and have a greater feeling of satiety.

In addition to its possible appetite-suppressant benefits, some people have pointed to the stimulant effect of caffeinated coffee, pointing out it may boost weight loss by boosting metabolism. Some studies do show that caffeinated coffee has a short-term metabolism-boosting effect.

A study published in the Journal of Clinical Nutrition showed that one dose of caffeine increased metabolic rate by 3 to 4%, while drinking it every 2 hours during the day increased it up by to 11%. That’s certainly encouraging but it’s easy to undo the benefits by adding cream and sugar! Another study showed that participants who drank five cups of caffeinated coffee a day experienced a decrease in waist size while the decaf group didn’t.

It’s possible that coffee causes modest decreases in appetite and modestly boosts your metabolic rate. The question is whether you adapt to its metabolism-boosting effects and stop getting benefits.

What about Decaffeinated Coffee?

Interestingly, a previous study showed that drinking coffee helps to suppress hunger but it was actually decaffeinated coffee that had the most benefits. Decaffeinated coffee caused a greater rise in an appetite-suppressing protein called PYY than did caffeinated coffee. PYY is released by cells in your large intestine and helps “turn off” the desire to eat. This suggests there may be some other chemical in coffee that is an appetite suppressant, other than the caffeine.

It’s also possible that for some people, coffee reduces appetite while in others it doesn’t. There’s variation in how people metabolize caffeine. Some individuals are “fast metabolizers” and clear caffeine from their system quickly while others metabolize it slowly. Slow metabolizers have a genetic variation that causes them to metabolize caffeine at a slower rate. What does this mean? Not everyone will necessarily get the same benefits from drinking caffeinated coffee due to variations in how they break it down.

Enjoy coffee in moderation – but don’t overdo it. According to another recent study, drinking more than five cups of coffee a day is linked with a greater risk for metabolic syndrome, a problem that’s often a precursor to type 2 diabetes. This may be due to the fact that drinking too much coffee elevates cortisol levels, and higher cortisol is linked with insulin resistance. The good news? Drinking moderate amounts of coffee daily, two or three cups may lower your risk for type 2 diabetes. It’s another example of “everything in moderation.” Furthermore, don’t drink coffee in hopes of reducing your risk for type 2 diabetes, studies are conflicting on how coffee affects insulin sensitivity.

There’s another problem with overdoing the caffeine. In one study, participants that had consumed large amounts of caffeine listened to “white noise.” White noise is random background noise that has no real pattern or melody. The high caffeine users were asked to report when they heard the song White Christmas being played. A significant number who had consumed lots of caffeine reported hearing the song even though it was never played. Too much caffeine appears to lower your threshold for delusions and hallucinations and some people are more susceptible than others to this effect.

Drinking coffee in moderation may modestly boost your metabolism and reduce your desire to eat – but, like most things, you shouldn’t overdo it. Coffee appears to elevate cortisol levels. Elevated cortisol suppresses immunity, enhances muscle breakdown and is linked with visceral abdominal fat.

Some people may develop tolerance to drinking coffee and not experience an increase in cortisol in response to daily coffee drinking, although it isn’t clear whether this happens to everyone. The take-home message? Enjoy a few cups of coffee a day – preferably without adding sugar – and definitely stay away from sugary “frou-frou” coffee drinks.

Precision Nutrition. “How Does Coffee Affect Your Appetite?”

Does Drinking Coffee With Caffeine Help with Weight Loss?