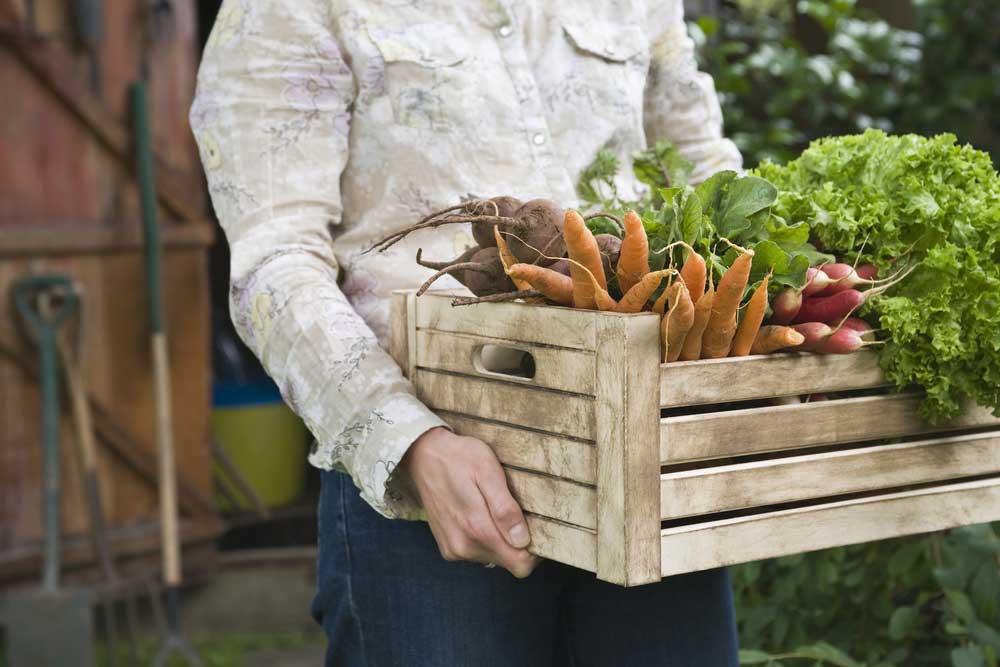 These days, we’re more concerned about what we eat. Ideally, what we put into our mouth should be whole, nutrient dense, and as free of toxins and pesticides as possible. That’s why the organic food movement is growing. Organic theoretically means that food was grown without pesticides, synthetic fertilizers, or sludge and that it wasn’t genetically engineered. To call a meat product organic, the animal it came from must not have been treated with antibiotics or growth hormone to boost growth.

What Does Organic Mean?

Organic is a term regulated by the United States Department of Agriculture. If a food item meets the criteria above and passes the appropriate inspections, it can carry a USDA certified organic seal. This is the highest level of organic food certification, meaning the ingredients are 100% organic. There are lesser degrees of organic as well. For example, if a product claims to be organic but doesn’t carry the USDA seal, it must still meet certain criteria. It must be made from components that are at least 95% organic and the other 5% of ingredients must be from a USDA approved supplier. If an item says that it’s made from organic ingredients, it means at least 70% of the ingredients are organic.

These classifications are helpful, but can you trust that what is labeled as organic food really is what it states? As with most things, people sometimes find ways to take advantage of the system. Getting certified as an organic producer costs money and time and some farmers would like to have the certification without the extra expense and labor or abiding by the rules. After all, you can’t tell by looking at it whether a product is truly organic or not.

To get certified as an organic food producer requires a government inspection of the facilities used to raise, grow, or make that product. Not every producer makes the cut. In hopes of making it easier, some farmers hire their own inspectors to get certified without meeting the strict criteria that organic producers have to meet. Some farmers even pay inspectors to “pencil whip” and approve them even if they don’t meet all of the criteria.

How common is this practice? Just over a year ago, the USDA released a report that revealed extensive fraud among organic food producers. The conclusion was that consumers may be paying more for organic produce that actually isn’t organic at all. The problem is even more widespread with imported organic produce. Independent investigators who have tested imported organic produce have found some contaminated with pesticides not allowed in the United States. For imported organic produce, the United States must rely on that country’s certification process to be rigorous enough and properly carried out. Based on inspections, this isn’t always the case. So, millions of consumers who are trying to lower their exposure to pesticides are potentially being misled. Doesn’t give the average, healthy shopper much confidence, does it?

Another problem is even legitimate organic food isn’t pesticide free. Organic farmers are allowed to use certain chemicals to protect their crops against destruction by predators and these chemicals aren’t necessarily safer than synthetic pesticides. In fact, some people in the know believe the “organic” lacks legitimacy due to widespread fraud and is more of a marketing term used to entice health-conscious shoppers into buying.

As mentioned, the problem with organic food is there’s no way to easily verify that a product truly is organic. For some products, like olive oil, you can use nuclear magnetic resonance spectroscopy to authenticate, but this isn’t practical on a larger scale.

Another point to remember. Organic says nothing about the health benefits of food or the lack of. Take a stroll down the aisles of a healthy or natural supermarket and you’ll see cookies made from organic ingredients that are packed with sugar and other organic snacks. These cleverly marketed snacks deceive consumers into thinking they’re biting into something healthy. Judge a food based on its nutritional information, not whether its ingredients are organic. The healthiest foods are whole foods in their unaltered state.

Some sources might say that organic food is more nutritious than conventionally grown produce. However, most studies don’t support this idea. The organic apple you pay more for is likely no more nutritious than the conventionally grown one that’s less expensive. However, keep in mind, apples are one of the most heavily sprayed crops. Buying organic doesn’t mean you’ll get NO exposure to pesticides, but it likely means you’ll get less. If you eat a lot of produce, buying organic makes sense if it fits into your budget, assuming you’re buying certified organic food that isn’t imported from another country.

Another option to lower your pesticide exposure is to get to know a local farmer who uses farming methods that limit exposure to pesticides. Some farmers actually farm organically but don’t have the money or resources to get organic certification. So, you can potentially get food that hasn’t been exposed to synthetic pesticides from someone you know and trust. Plus, this approach is often less expensive as well. The best place to find local farmers is by visiting a local Farmer’s market. Another option is to grow your own fruits and vegetables. You can even grow some types of produce in containers in your home.

Now you know why organic food isn’t always organic, despite it’s labeling. Domestic produce bearing a USDA organic certified seal offers some degree of confidence, assuming there was no fraud, but the system isn’t perfect. But, despite these questions, it’s still important to eat your fruits and vegetables. The benefits they offer outweigh the risks from pesticide exposure. So, choose carefully, but enjoy fruits and veggies in abundance!