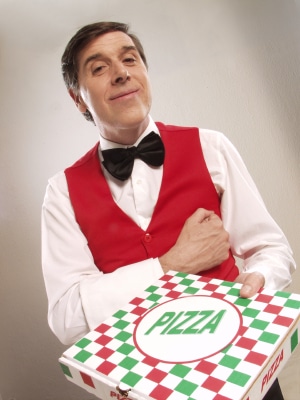 More restaurants are jumping on the health bandwagon by posting nutritional information on their menus and online. But there’s a dirty little secret about restaurant nutritional information. It’s not always accurate – or even close to it. According to a study published in the Journal of the American Diabetic Association, restaurant calorie counts are often deflated, and you may be overindulging without even knowing it.

Restaurant Nutritional Information: Take It with a Grain of Salt

It’s smart to look up restaurant nutritional information before you dine out. When you’ve already planned your meal before you reach the restaurant, you’re less likely to order a high-calorie item on impulse – but don’t believe everything you read.

To keep it in perspective, if you go to a restaurant and order a 600 calorie entrée, you may end up getting over 100 additional calories you didn’t count on – and if they happen to give you a larger portion size, as many restaurants do, you could end up eating several hundred more calories than you intended. That adds up.

Restaurant Calorie Counts Don’t Have to Be Accurate

It’s not surprising that restaurant calorie counts are off. Federal regulations for restaurant foods only require that the calorie count is within 20% of what’s stated, but some restaurants aren’t in compliance. For example, Macaroni Grill’s Skinny Chicken entrée was listed as 500 calories, but according to one analysis, it has over 1,000 calories.

The other problem with restaurant nutrition information is the calculations are based on a set food weight, and not all restaurants weigh their portions before preparing them. Then there’s the human element. Some restaurant workers pile more on a plate than others.
For most people, discrepancies in calorie counts won’t have a huge impact on their overall health since they don’t eat out every day. But for people who do – and for those who have medical problems such as diabetes, it’s more of an issue. In fact, there have been lawsuits filed against some chain restaurants for posting inaccurate calorie counts.

How to Avoid Eating More Calories Than You Bargained For

Use common sense when reading restaurant menus and surveying calorie counts. If an entrée has a cream-based sauce or is battered and fried, it’s probably not low in calories – and make sure you know what’s included. Some restaurants don’t include side-items or salad dressing in the calorie count. Ask lots of questions before ordering – and if it sounds too low in calories to be true – it probably is.

5 Tips for Eating Healthy in an Italian Restaurant