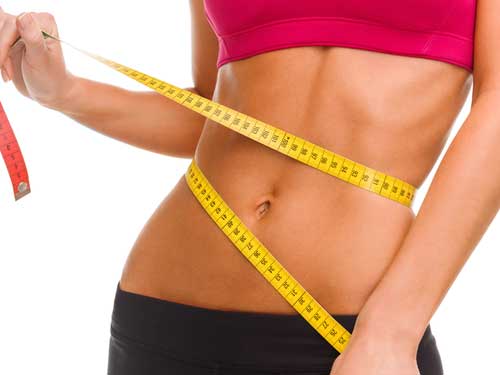 You probably know people who are always on a diet. They reduce their calorie consumption to the point that they lose weight but are unhappy because they feel deprived. Do this long enough and your metabolism slows as your body senses that the energy supply is low. You might assume that once you return to your normal eating habits after dieting that your metabolism bounces back too. Now, a new study shows this isn’t necessarily true, at least not in the short-term.

How do we know this? To look at the impact of dieting on metabolism, researchers studied participants in the show “The Biggest Loser.” As you know, some of the participants lost a significant amount of weight. Unfortunately, many gained it back. Weight regain isn’t surprising since research shows between 80% and 90% of people who lose more than 10% of their body weight gain it all back and more.

Why is weight re-gain so common after losing weight? For one, your energy requirements go down after you lose weight so you don’t need as many calories. Yet, your appetite hormones aren’t happy that you’re eating less and hunger rears its head. Since you’re smaller, you also burn fewer calories doing the same amount of exercise. Finally, your body tries to take you back to your “set point” weight. One way it does this is by working behind the scenes to slow your metabolism.

What Determines How Your Metabolism Responds to Dieting?

Back to the “Biggest Loser” study. What the researchers found was that the metabolic rates of the Biggest Loser contestants didn’t bounce back even after they started to regain the weight they lost. It would be nice to think that when we diet and go back to eating a normal diet that our metabolisms return to baseline too. Yet that’s not what the study showed. In fact, the participants still had a resting metabolic rate that was 500 calories slower, on average, that would be expected based on their age, gender, and body composition afterward. How long afterward? A whopping 6 years after they had stopped dieting.

Such a finding would be disturbing to anyone who’s lost weight and is trying to keep it off. It suggests that not only does your metabolic rate not bounce back quickly, but it may also still be slow years after dieting and weight loss.

More reassuringly, not all research supports this idea. In fact, a study published in The American Journal of Clinical Nutrition studied 50 women who frequently diet. It found no evidence of a slow-down in metabolism with calorie restriction.

One study sponsored by the National Institutes of Health showed calorie restriction and low-calorie diet leads to “metabolic adaptation.” This means that TOTAL daily energy expenditure goes down in response to calorie restriction. Total daily energy expenditure includes resting metabolic rate, the thermal effect of eating, and the thermal effect of exercise.

In other words, when you restrict calories to lose weight, your resting metabolism slows but you also expend less energy moving around. In fact, you may not even be aware that you’re moving less. The good news is this study showed that participants who exercised while calorie restricted didn’t experience metabolic adaptation. So, if you cut your calories, for any reason, temper it with exercise.

There’s little doubt that excessive calorie restriction, to the point, that it stresses your body, slows your metabolism. It does this by its impact on the “master metabolic regulator” – your thyroid gland. Your thyroid gland produces two proteins called T4 and smaller amounts of T3. It’s T3 that is the active form of thyroid hormone. In response to T3, your metabolic rate speeds up.

If your body is malnourished, calorie restricted, or otherwise stressed, a portion of your T4 is converted to another form called reverse T3. This form is inactive. Because you don’t have enough active thyroid hormone, your metabolism slows. What’s interesting is this may not show up when you get a standard thyroid function test since most doctors don’t measure reverse T3.

The Role of Leptin and Cortisol

Most research suggests that your body metabolically adapts to calorie restriction that may persist even after you resume your normal eating habits. This makes it VERY easy to regain the weight you worked hard to lose. The solution is to minimize these metabolic adaptations. Some ways to do that include:

.   Making small reductions in the number of calories you’re eating. Take a slow and steady approach.

.   Stay physically active with an emphasis on high-intensity interval training. This will help you preserve muscle mass.

.   Once you achieve your weight goal, monitor your weight daily by weighing first thing in the morning. Modify your eating and exercise habits based on your weight. This will help you keep small gains from becoming big ones.

.   Realize that eating healthy and exercise is a lifelong commitment and not something you do for a short period of time to lose weight.

How Much Does Diet and Exercise Affect Your Metabolism?

Does Strength-Training Really Boost Your Metabolism?