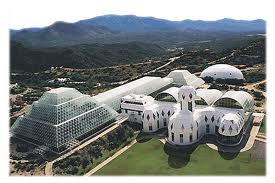 People have been looking to find a proverbial “fountain of youth” for centuries to no avail. Consumers are ever searching for ways to erase years from their face and add those years to the end of their lives. Even though many try various pills, surgical procedures, and anti-aging creams, the fact remains that looking young does not always mean living longer. However, thanks to extensive research on various diets and lifestyles, it may be possible in the near future for some people to remain vigorous and healthy well past their 100th birthday.

The calorie restriction (CR) diet has been a topic of interest to scientists for decades. More a lifestyle than a diet, CR is the only scientifically proven way to increase longevity, at least in laboratory animals. The first test subjects – lab rats – enjoyed a 50% increase in their life spans when following a diet that severely restricted their caloric intake. But rats weren’t the only beneficiaries of CR. This diet was also tested on worms, spiders, and monkeys with similar results.

But how does CR work on humans? In 1991, a team of scientists went to the Arizona desert and encapsulated themselves in the Earth systems research facility owned by the University of Arizona. Essentially, this facility was an airtight terrarium where the scientists sought to learn more about sustainability and the interaction between life systems. It didn’t take long for the scientists to learn that having enough food for their two-year stint was going to be an issue. This discovery may have sabotaged the project if it had not been for one of the team members – Dr. Roy Walford. As a pathologist from UCLA, Dr. Walford had been studying the effects of calorie restriction for years. He convinced the other team members that they, in fact, did have enough food to live and be healthy. He initiated a protocol of CR whereby the team ignored hunger and ate only for nutrition. After two years, the crew concluded their testing and emerged from their experimental ecosystem. Physical examinations showed them to be not only healthy but extraordinarily so. Extensive medical testing proved that the scientists were, in fact, healthier than when they went into the experimental bubble.

Researchers confirm that calorie restriction has many benefits for humans. Though ongoing research is being done, scientists hypothesize that the CR lifestyle is an excellent way to add years to your life. But most practitioners don’t follow calorically-restrictive diets for the sole sake of longevity. They do it for health reasons and to increase their quality of life. Some benefits of the CR diet are as follows:

For those wishing to lose weight, improve health, and possible increase life expectancy, the CR diet may be for you. It’s important to start slow, however. The goal is to decrease your daily caloric intake by about 20%-25%. The best way to cut calories from your diet is to only cut about 10% at a time until you reach your goal. For example, a person who takes in 2000 calories a day would begin by decreasing their caloric intake to 1800 calories a day.

Another important aspect of this diet that should not be ignored is the quality of calories that you consume. The food that is eaten on this diet should contain nutrient-dense calories, as opposed to energy-dense calories or empty non-nutritive calories. For example, on the CR diet, it would be better to consume a cup of spinach rather than a cup of oatmeal.

The CR diet consists of very few processed foods, grains, and cereals. CR practitioners mostly eat vegetables followed by smaller quantities of fruit, lean meats, and nuts. That’s not to say that foods like pasta, bread, or rice are never eaten. They are simply not eaten regularly and, when they are consumed, it is in very small quantities.

Even following these basic tenets of CR, there is really nothing off limits. You could have an intermittent candy bar or an occasional bowl of ice cream on this diet. But, the ultimate goal of the CR diet is to get a lot of nutritional bang for your caloric buck. Check with your physician or nutritionist for food lists and meal plans.

Many prominent health figures like Dr. Oz are endorsing the CR diet. Not only is it suspected that the CR lifestyle will help you live longer, but it is also a viable means of controlling and even eliminating the risk factors associated with many age-related diseases.