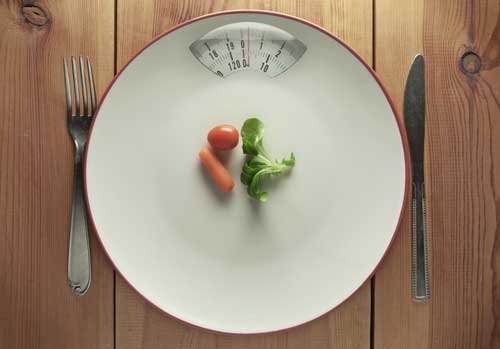 As you’ve probably noticed, diet is a four-letter word these days, literally and figuratively. Even groups like Jenny Craig that offer weight loss services are changing how they market themselves to promote wellness rather than strictly weight loss.

Still, too many people believe they can cut their calories drastically, lose weight, and successfully maintain it. No doubt, you CAN lose weight if you cut your calories enough, but how well will you maintain it? The odds are against you.

The chance of going on a deprivation diet and being successful long term are pretty bleak. In one study, researchers followed dieters for two years after they had discontinued their diet and gone into “maintenance” mode. Sadly, more than 80% had regained the weight they lost. That’s not a strong endorsement for dieting!

Why is dieting such an unsuccessful strategy for long-term weight control? For one, calorie restriction isn’t sustainable for most people, and even if you could maintain a very low-calorie diet and still be a reasonably happy person, your body would eventually adapt and your metabolism would decelerate. Slowly but surely, you’d place those pounds of body fat back on. You want more than short-term gains – it’s not how much weight you lose initially but how much you lose and maintain.

With severe calorie restriction, a portion of what you lose during the low-calorie phase would be muscle, especially if you severely restricted calories and didn’t resistance train. Plus, you’ll likely replace the muscle you lost on the way down with fat as the weight came back on. In other words, dieting isn’t good for your mental health or your body composition.

Taking a Break from Calorie Restriction

Even if you are determined to take the “diet” approach to losing weight, new research suggests taking a break from calorie restriction and eating more calories periodically can help you achieve your goals with less frustration, and, possibly, with less of a slowdown in your metabolism.

In this study, researchers placed mice on an intermittent diet for 12 weeks. One group of mice ate a diet containing 82% of the calories they needed for maintenance each day. The second group devoured a diet with similar calorie content, 82% of maintenance but they only restricted calories 5 or 6 days a week. On the remaining day or two, they ate as much healthy food as they liked. On days where they weren’t restricted, they consumed about 40% more calories, on average, compared to the mice on the continuous diet.

You might think the second group of mice would have lost less weight since they ate more food. Nope. Despite the extra calories the second group of mice consumed, they lost roughly the same amount of body fat and total body weight as the mice that stayed on a restricted diet. This is somewhat similar to “cheat days,” although the mice ate as much HEALTHY food as they liked on days where they ate as much as they wanted. They didn’t order in a pizza or a package of French fries. They ate the same foods they ate when they were eating less, just more of it.

Although it’s important to focus on the quality of what you eat rather than adopting a calorie restriction mindset, if you do cut calories to lose weight, this study suggests giving yourself a break once or twice a week probably won’t stall your weight loss. This study was carried out in mice, but the researchers believe the results also apply to humans.

Dieting is Hard on Your Body

This study sends a message to the die-hard dieters of the world. Day after day of obsessively counting calories is likely to lead to frustration, feelings of deprivation, and, possibly, bingeing. It’s not healthy physically or psychologically to stay in deprivation mode. Doing so can stress your body enough to trigger unhealthy elevations in cortisol.

When cortisol rises, it suppresses your immune system and leads to unwanted changes in body composition. (more tummy fat and muscle breakdown). If your cortisol level stays higher longer term, as it can when you’re chronically dieting, it can lead to health problems like immune suppression and high blood pressure.

Think dieting can’t harm your health? A study by researchers at Florida State University suggests otherwise. After following a group of women for more than a decade, they found those who dieted when they were young were more likely to suffer from eating disorders and other problems like alcohol abuse.

The take-home message? Reframe how you eat as a lifelong commitment to health and wellness rather than obsessing over every calorie. Dieting in the true sense of the word, focusing strictly on calories, is one of the worst ways to control your body weight long term.

Are you in it short-term or for the long haul? Major calorie restriction does lead to short-term weight loss but it won’t help you stay lean longer term. Dieting is a TEMPORARY change in how MUCH you eat. Going on a diet will lead to temporary weight loss when what you need is a lifetime plan for controlling your weight.

A better approach is to focus on the quality of your diet, whole, unprocessed foods, and take a mindful approach to eating your food. Add more non-starchy vegetables to your diet and make sure you’re eating lean protein at every meal so you feel satiated. Also, learn to recognize when you’re hungry and when you’re eating because you’re bored or stressed out. One of the best things you can do is ditch the diet mindset and focus on health and wellness instead.  Ultimately, isn’t that what matters?

New Study Reveals Why Some People Stay Lean So Effortlessly