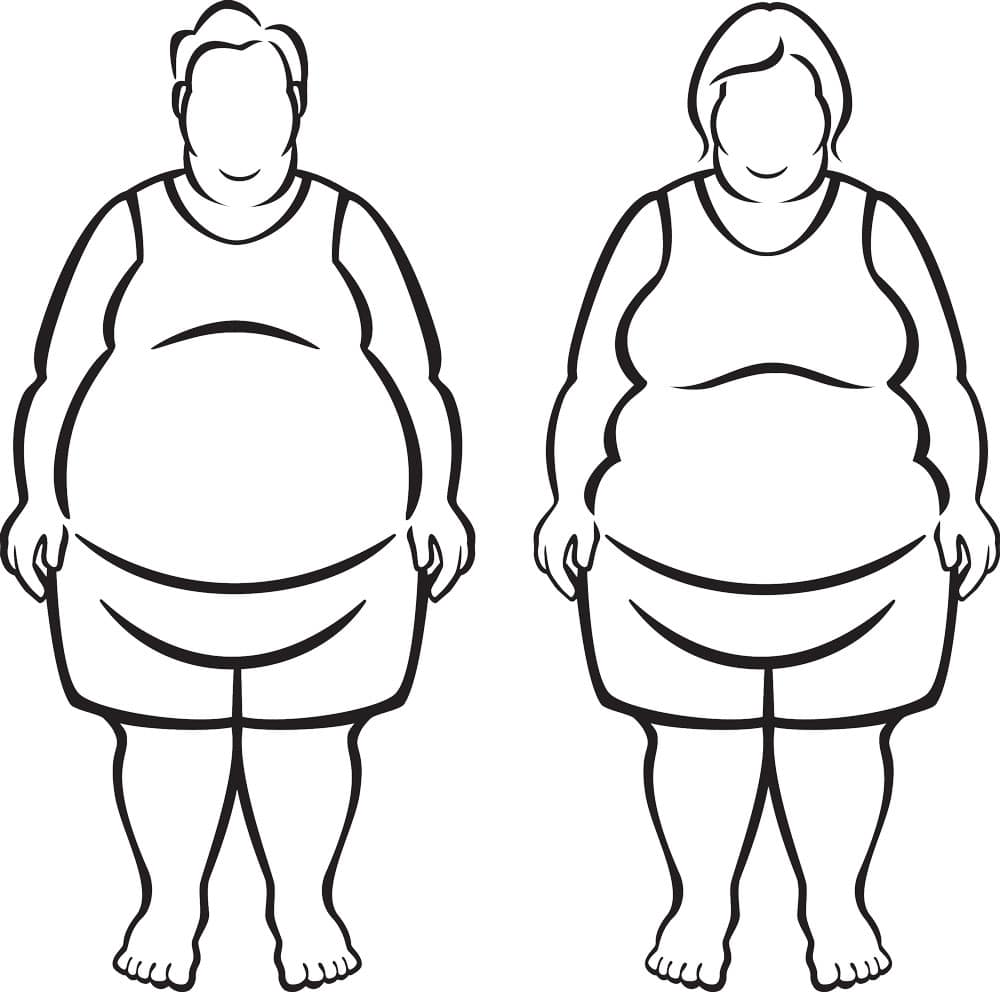 You likely already know the statistics – one in three Americans is obese. The good news is the obesity curve may be flattening a bit, at least for men. Based on a study carried out from 2013 to 2014, the obesity rate in American men has stabilized while the rate in women continues to move up. In a 2005 survey, around 35.3% of women were obese while the percentage had risen to 40.4% by 2014. The incidence of severe obesity among women also rose over the same time period.

What role does age play? It’s during middle age that the incidence of obesity in women begins to rise. For men and women in their 40s and 50s, the incidence of obesity is 42% in women and 38% in men. Experts have a lot of theories as to why obesity is such a problem for women AND men – obesogens in the environment, poor sleep patterns, circadian rhythm disruptions, stress, ready availability of processed foods, and sedentary lifestyle habits – but how can you explain the fact that obesity rates are stabilizing in men and continuing to rise among women?

Why is There an Obesity Gender Imbalance?

Dr. Scott Kahan, M.D., M.P.H. who studies obesity at the National Center for Weight and Wellness points out that obesity rates have always been higher in women relative to men. Women naturally have a higher percentage of body fat, partially to foster the right conditions for childbirth. Since women have evolved to store fat for childbearing, the female body is more likely to hold onto fat even during periods of calorie restriction. Women also have a lower resting metabolic rate than men due to less metabolically active muscle tissue.

Yet, these factors don’t explain why obesity rates in women have drifted upward over the eight-year period between the two surveys and why it’s flattening out in men. Some experts, like Megan Williams Khmelev, M.D., an obesity specialist, believe stress is a factor. More women are balancing home life and work life at the same time – raising a family and bringing in an income. Being pulled in too many directions at one time creates high levels of stress and poor quality sleep, not to mention not ENOUGH sleep.

According to the National Sleep Foundation, two out of three women reported sleep problems at least a few nights a week. Not only is the lack of quality sleep linked with health problems like heart disease and type 2 diabetes, but it’s also associated with weight gain and obesity. Chronic sleep problems elevate stress hormones, particularly cortisol, a hormone that packs on the worst kind of fat, visceral fat, a type of deep belly fat linked with metabolic issues. Plus, lack of sleep increases appetite and the desire to nibble on high-carb, high-fat foods, primarily by elevating the appetite hormone ghrelin.

Not only do men have fewer sleep issues than women, but they also seem to be less impacted by them from a weight standpoint. A study carried out at Duke University found that women who sleep poorly were more likely to be overweight than men with problems sleeping.

Chronic stress, too, can elevate cortisol and ghrelin and make it easier to gain weight. No doubt, men AND women both experience stress but more women divide their energy between home and work life – and such a balancing act means more work and worries. For example, research shows that women do 50% more housework and childcare than men do.

Why is the continuing rise in obesity rates among women so concerning? Obesity is linked with a higher risk of a multitude of life-shortening health problems, including type 2 diabetes, heart disease, and some types of cancer. Obesity increases the risk of several female cancers, notably, post-menopausal breast cancer and uterine cancer.

According to U.K. professor Peter Johnson, a cancer researcher, carrying too much body fat is second only to smoking as a modifiable risk factor for cancer. Plus, research also links weight gain during adulthood with a higher risk of a number of cancers. One factor strongly linked with weight gain is insulin resistance, a condition where cells are resistant to the insulin produced by the pancreas. This leads to higher levels of insulin, which appears to drive the growth of some cancers.

It’s during mid-life, around the time of menopause, that women experience more problems with weight control. As estrogen and progesterone levels drop, “central” obesity becomes more of a problem. This consists of weight gain around the tummy and waistline, mainly visceral fat. One theory as to why weight gain happens is that an increase in body fat compensates, to some degree, for declining estrogen. That’s because fat cells produce an enzyme called aromatase that converts testosterone to estrogen. Even women have some testosterone that can be made into estrogen. The more fat cells you have, the more estrogen you’re capable of producing after menopause.

Even though there are physiological reasons that women gain weight after menopause, lifestyle is still a factor. Women lose muscle mass at an accelerated rate after menopause and this leads to the loss of metabolically active tissue. As a result, resting metabolism slows. Strength training helps to slow this shortfall. Researchers at Tufts University in Boston found a direct association between lean body mass and metabolic rate. That means strength training is a powerful weapon against age-related weight gain and obesity.

Calorie requirements change with age as well. Again, this relates to muscle loss. If you keep eating the same number of calories at age 50 that you did at age 20, weight gain is almost inevitable. Many women don’t adapt their calorie intake enough as they age.

The rate of obesity continues to rise in women, but at least a portion of this rise is related to lifestyle – lack of physical activity, stress, poor quality sleep, and consuming too many calories. Fortunately, these are modifiable factors. So, keep strength training, to preserve as much muscle as you can, and make sure you’re eating an unprocessed diet as well as an appropriate number of calories. Finally, sleep and stress management matters too. You can do everything else right and still have weight problems related to these issues. So, work on maintaining a healthy balance!

Is Staying Lean Harder Than It Was 30 Years Ago?