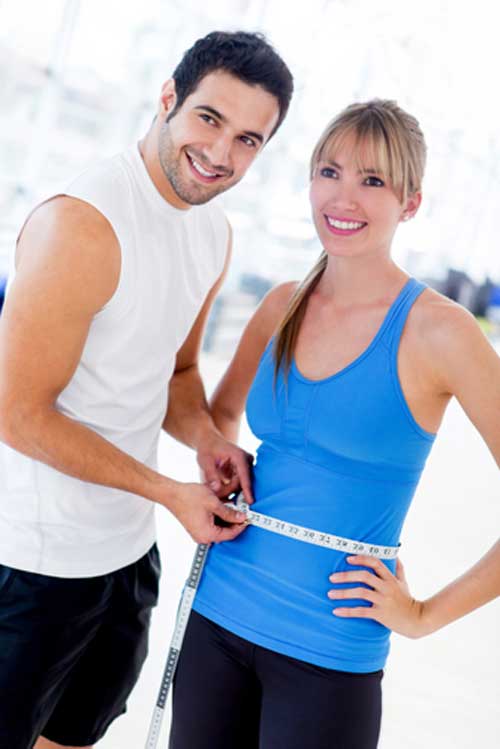 A common complaint is that men have an easier time losing weight compared to women. It’s no secret that women have a higher percentage of body fat than men and, in general, men lose weight more quickly than women. Men and women also differ in where they store body fat. Prior to menopause, women store more fat in their hips and thighs whereas men are more likely to store excess fat in their abdominal area. These differences are at least partially due to the effects of the female sex hormone, estrogen. After menopause as estrogen levels decline, women tend to store fat in a similar distribution to men, around the waist and tummy. Let’s take a closer look at gender fat loss differences and how each sex burns fat during exercise and at rest and why men are at a fat loss advantage.

Men and women differ in fat breakdown and fat utilization during exercise. When women and men exercise at a similar sub-maximal exercise intensity, women use a higher proportion of fat as fuel compared to men whereas men use a higher ratio of carbohydrates relative to fat during oxidation. As a result, guys tap into muscle and liver glycogen stores more than women during physical activity. Typically, men have lower glycogen levels in their muscles after a workout than women. At least in rats, the preferential use of fat as fuel seems to be mediated by higher levels of estrogen in females.

The ability to more readily burn fat as fuel during exercise has advantages. Some studies show women have an advantage in ultra-endurance events and long periods of exercise lasting 2 hours or more. In one study, men and women with similar marathon times competed in an ultra-marathon. The women outperformed men. Why might this be? Men, on average, have a higher V02 max (aerobic capacity) than women. This should give them an advantage in events that require endurance. Why would women excel at ultra endurance events? The reason seems to be that women conserve muscle glycogen better during long workouts and preferentially burn fat.  Thus, they’re less likely to “hit the wall” due to glycogen depletion. When researchers give male rats supplemental estrogen, they tap into fat stores more readily and conserve glycogen. In a human study, involving 150 women and men, women had greater rates of fat utilization compared to men at a variety of different exercise intensities.

Another reason women metabolism fat differently than men during exercise again relates to estrogen. Estrogen causes widening of blood vessels including those that lead to stored fat tissue. In combination with catecholamines, this enhances fat breakdown.

Fat Utilization at Rest: How Men and Women Differ

As much of an advantage as women have metabolizing fat during exercise, they don’t retain this advantage at rest. At rest, women burn more glucose as fuel and less fat relative to men. That’s one reason women have more problems losing body fat relative to men. Women burn more fat during a workout but spend more time at rest than they do actively exercising.  Men are also larger and have more lean body mass. Therefore, they burn more calories and fat at rest relative to women. On average, men have a resting metabolic rate that’s 3 to 10% higher than females.

From a health standpoint, it makes sense that women would hold onto fat more easily than men. When a woman’s body fat percentage falls below a certain level, it negatively impacts fertility. Women need at least 12% of body fat to maintain reproductive fitness and to avoid problems like bone loss.

In one study men and women were placed on similar weight loss diets for six months. During the first eight weeks, the men lost three times as much body fat as the women in the study but failed to maintain their fat loss edge longer term. By six months, the amount of weight both sexes had lost was roughly equal. So, women may need a little more patience to achieve fat loss.

Gender Fat Loss Differences: What Does This Mean?

Women have a harder time losing body fat compared to men. That’s why exercise is so important for women of all ages, especially as estrogen levels drop after menopause. Exercise offers the opportunity for women of all ages to ramp up their “fat-burning furnaces.” Plus, resistance training builds lean body mass, leading to greater calorie expenditure with exercise and at rest. Most women can benefit from a variety of exercise approaches – various forms of resistance training, high-intensity interval training and moderate-intensity exercise in moderation.

Getting adequate sleep and stress management are also important for maximizing fat loss and for building lean body mass through resistance training. Lack of sleep and chronic stress leads to increased cortisol release. Cortisol can interfere with muscle gains and lead to an increase in belly fat. Giving your body adequate time to recover from workouts and doing some form of mind-body exercise like yoga can help relieve stress and reduce cortisol.

It is more challenging to lose weight as a female, but consistent workouts, with an emphasis on resistance training, a clean diet, stress management, and adequate sleep are the best ways to lose stubborn, unwanted body fat.