Why Controlling Insulin Resistance May Be Key to Slowing Brain Aging

Why Controlling Insulin Resistance May Be Key to Slowing Brain Aging 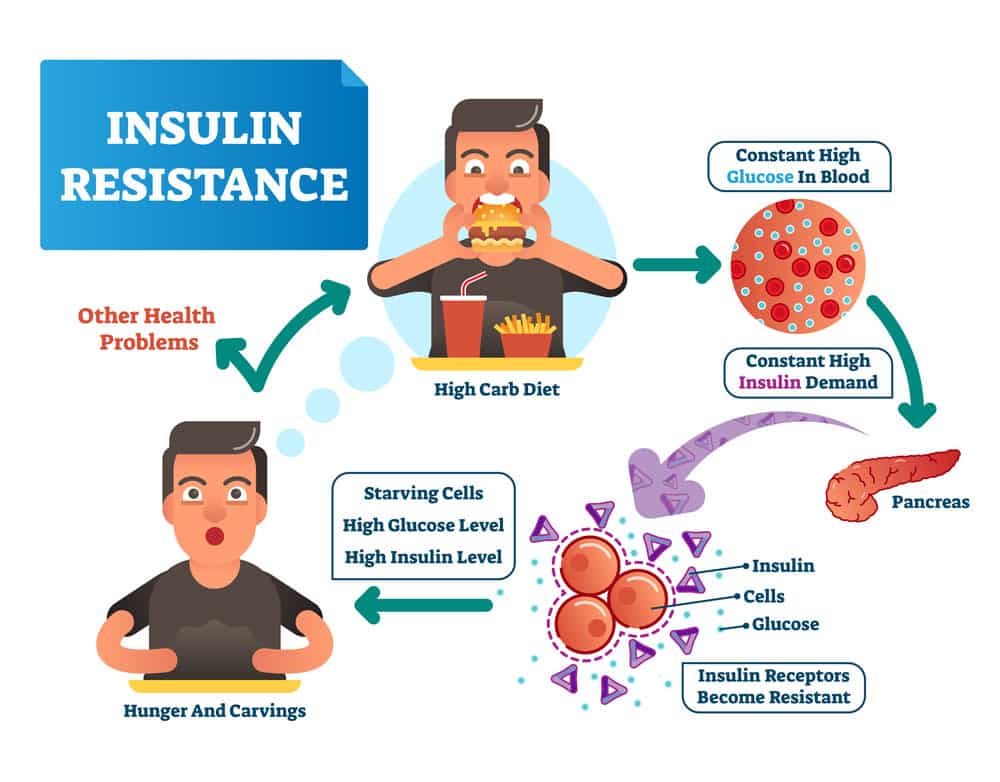 Brain health is a critical component of wellness. A healthy brain enables us to remember, learn, and think clearly. Where would we be without those skills? Brain health is most important for mental wellness, which affects the quality of life. So, it’s important to do what’s possible, based on current knowledge, to preserve brain health.

Brain aging is a complex process and one that scientists don’t fully understand but we do know what some risk factors are for dementia. A head injury can cause brain damage and increase the risk of dementia later and genetics are a factor, but lifestyle habits also play a role.

Did you know that insulin resistance affects almost 10% of people worldwide? The biggest risk factor for insulin resistance is obesity, but genetic predisposition, stress, lack of sleep, and certain medications can also accelerate brain aging and increase the risk of dementia. When cells are resistant to insulin, glucose stays in your bloodstream longer and, eventually, it can lead to prediabetes and type 2 diabetes.

Insulin Resistance is a Precursor to Type 2 Diabetes

You hear a lot about insulin resistance, but what is it? Insulin resistance is a condition in which cells do not respond optimally to insulin. Insulin is an important hormone that helps ferry glucose from your bloodstream into cells where they can use it to make energy. Glucose is beneficial inside a cell as an energy source, but damaging and harmful to your health when too much stays in your bloodstream.

Insulin resistance affects all major organs in your body: your liver, kidneys, heart, and muscles, as well as your brain. So, it’s not just your waistline that suffers when you’re insulin resistant. Your brain is also not immune to insulin resistance. It needs insulin to function properly, as the brain is an insulin-sensitive organ.

Brain cells rely on sugar as their primary fuel source, and they require ample supply to function properly. Your brain is one of the major consumers of glucose, so insulin resistance also affects its activity and even how it ages. Plus, insulin resistance is a precursor to diabetes and heart disease, making it an important health issue that you should discuss with your doctor.

Insulin resistance and the Risk of Dementia

You may be surprised to learn that insulin resistance and diabetes are risk factors for developing dementia. This includes Alzheimer’s disease and vascular dementia (the second most common type of dementia). It’s less clear whether insulin resistance affects other types such as frontotemporal dementia, Lewy body disease (which accounts for about 20% of all dementias), and mixed dementia. The link between Alzheimer’s and type 2 diabetes is so strong that some people refer to Alzheimer’s disease as type 3 diabetes.

Studies show that people with diabetes have a higher prevalence of dementia than those without it–and the link is even stronger in women than men. This suggests that women with type 2 diabetes may be at greater risk for cognitive impairment than men with poor blood sugar control.

Does Taming Insulin Resistance Reduce the Risk of Dementia?

There’s growing evidence that maintaining a healthy blood glucose level helps prevent dementia and supports brain health. Healthy blood sugar management promotes the growth of new brain cells and helps keep existing ones healthy. Plus, it can help you focus better and improve memory retention by enhancing communication between neurons in your brain.

Studies also show that people with Alzheimer’s disease have impaired insulin function and that drugs used to treat diabetes can improve some markers of brain function at the cellular level. Those are all good reasons to improve how your cells respond to insulin, right?

There are no treatments that significantly slow or stop the progression of Alzheimer’s disease. The best hope is prevention and that starts with lifestyle habits. One of those is to prevent insulin resistance. While there are still many unanswered questions about how blood sugar affects our brains, understanding the link between these two things could lead to better ways of preventing dementia and other neurodegenerative diseases down the line.