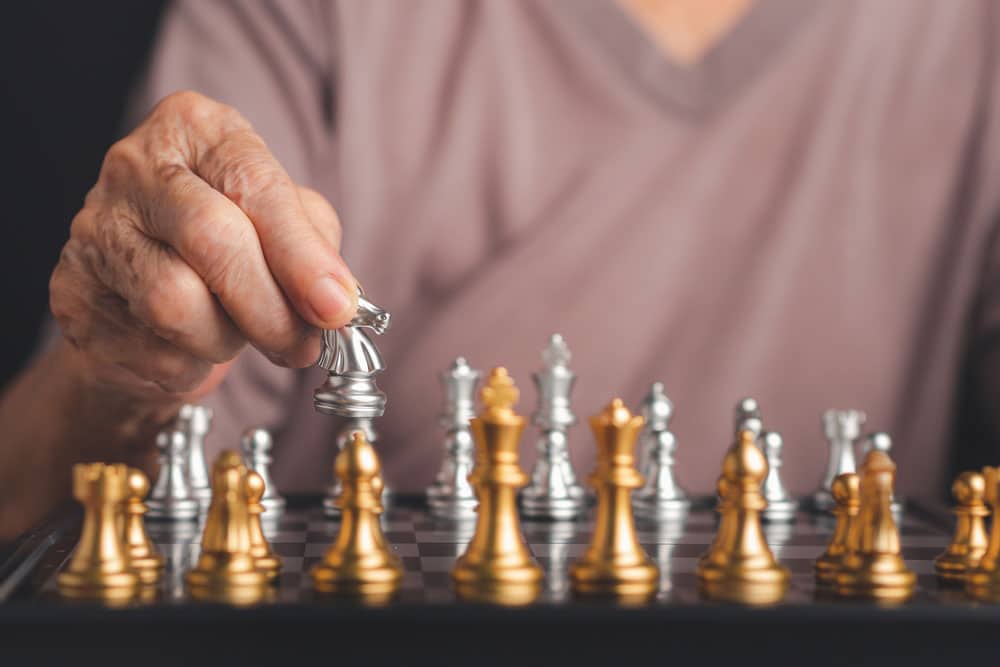 Have you known an elderly person who had the mind of someone a decade or more younger? They may have wowed you with their quick wit and engaging conversation. These amazing people are dubbed “superagers” and defy what is typically known about brain aging.

Most people as they age have brains that mature at a much faster pace than a superager. With aging, key areas of the brain involved in cognition undergo a gradual loss of neurons or nerve cells. The loss of neurons and cognitive ability shows up on imaging studies as brain atrophy or shrinkage of the brain.

The so-called superagers seemingly defy this brain decline process. Studies show these individuals have brains that are biologically 10 years younger than their chronological age. In one study, researchers asked 40 people, with an average age of 67, to take a memory test while they imaged their brains using functional MRI scanning. Another group of 25-year-old subjects took the same memory test.

The results were surprising! The older superagers performed as well on the memory test as the 25-year-olds did. The researchers discovered their visual cortex, a portion of the brain involved in processing images, faces, and objects, lit up just as much on the superagers as the young adults when they processed information.

The Secrets of the Non-Aging Brain

You might wonder why these older adults had similar memory performance as adults who were 40 years younger? Scientists are still trying to determine why some adults have brains that defy aging. Are their brains more resistant to the process of aging, or were they able to develop new brain pathways that compensated for brain aging? Research shows that the brains of superagers have better functional connectivity. Their brains can more effectively build new connections that keep them cognitively sharp.

Can certain lifestyle habits slow brain aging? Research finds skill-based training, like learning to play a specific musical instrument, may improve brain functioning and connectivity, and enhance cognitive capacity over time. The same is true of people who learn a new language. Learning certain skills keeps connections between neurons strong and quickens their response pathways. Some research shows that people who play a musical instrument, like the piano, are less prone to cognitive decline, and that bilingual people have slower rates of cognitive decline.

Another “secret” of superaging brains is neuroplasticity. At birth, an infant’s brain contains about 100 billion neurons. By adulthood, a person’s number of neurons will decrease by approximately 8 percent due to aging and atrophy. As the neurons die, the area of the brain where the neurons are contracts in size. Yet humans can form new nerve cells and new nerve cell connections, a process called neurogenesis.

Neuroplasticity refers to the ability of a brain region to change its size, structure, or function. Plasticity allows for neural adaptation to changing environments and functional demands. There are many factors that control this process of change in the nervous system, including learning, memory, language capacity, and mental illness.

If there are ways to increase neuroplasticity and brain connectivity later in life, then more people could have a superaging brain. Physical exercise is a lifestyle habit linked with neuroplasticity. The best form of exercise for boosting neuroplasticity of the brain is aerobic exercise, like running and cycling. When you exercise aerobically, it triggers the release of hormones and factors that stimulate neurogenesis, the birth of new nerve cells, and new nerve cell connections. Research links physical activity, especially aerobic exercise, with a lower risk of Alzheimer’s disease. Research shows exercise boosts brain function throughout life. You’re never too young or too old for a good workout!

Other ways to boost neuroplasticity include:

There’s also evidence that fasting for 16 hours or longer a few days per week slows brain aging. Evidence is mostly in animals, but there is encouraging evidence in humans too. Intermittent fasting also lowers blood pressure and improves insulin sensitivity, which may explain why it enhances brain health. Plus, fasting increases autophagy, the process by which cells clean up and remove damaged proteins, and boosts the ability of stem cells to regenerate and repair damaged tissue.

Some people are superagers and part of it comes from beneficial genetics. But there are lifestyle habits that may delay how quickly your brain ages. Keep your mind active, your body moving, watch what you eat, and don’t eat too much could be the recipe for brain health as you age.