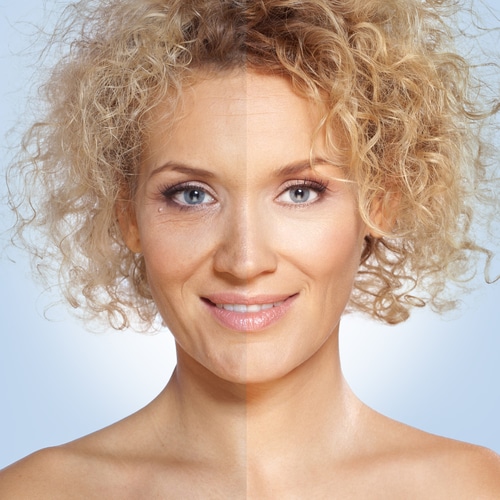 There’s lots of talk about free radicals, those rogue molecules that steal electrons and damage cells in the process. Experts have long believed that free radicals and the oxidative stress and the cellular havoc they create play a role in certain diseases that occur with aging like cancer and heart disease – and with the aging process itself. According to some sources, the simple solution is to protect yourself with antioxidants. Antioxidants are molecules capable of inactivating free radicals by donating electrons to them, making them more stable and, therefore, less damaging.

Oxidative Stress and Aging: Is the Answer More Antioxidants?

It would be nice to think slowing down the aging process is as simple as getting more antioxidants – but things are rarely that easy. Despite the ability of free radicals to steal electrons and damage cellular components, including a cell’s genetic material, stamping them out with antioxidants won’t necessarily delay the aging process. Here’s why.

Evidence against Free Radicals Being a Major Cause of Aging

An interesting study published in the journal PLoS Biology looked at the effect free radicals had on aging and longevity in worms. To do this, they exposed worms to an herbicide that greatly enhanced free radical production. Here’s where it gets interesting. The “free radicalized” worms lived longer than worms not exposed to the herbicide. That certainly blows a hole in the theory that free radicals increase aging and decrease longevity. Of course, humans aren’t worms but it does raise some questions about the whole free radical and antioxidant theory of aging.

Evidence That Free Radicals DO Play a Role in Aging

There are studies showing that animals and humans produce more free radicals as they age. Plus, a number of diseases in humans including heart disease, stroke, cancer and some neurodegenerative diseases like Alzheimer’s disease, diabetes, and Parkinson’s disease are linked with increased oxidative stress, inflammation, and free radical production. Despite this, there’s no strong evidence that antioxidants in supplement form lower the risk for these diseases or slow down the aging process.

In fact, some studies show that antioxidant supplements may be harmful. For example, one study found people who supplemented with beta-carotene developed lung cancer at a great rate, while another showed men who supplemented with vitamin E had a higher incidence of prostate cancer. Several large studies show that supplementing with antioxidants including vitamin C, vitamin E, beta-carotene or selenium doesn’t reduce the risk of common diseases associated with aging.

The Best Antioxidants Are Natural Ones

What about the fact that in one study worms exposed to high levels of free radicals outlived normal worms? Your body has natural defenses against free radicals including enzymes like superoxide dismutase, glutathione peroxidase and catalase that fight oxidative stress. One theory is when we flood our bodies with antioxidants in supplement form – it interferes without the body’s natural antioxidant defense system that keeps free radicals in check.

Your body has another defense against free radicals. It produces a “master antioxidant” called glutathione that recycles other antioxidants, making them more available to fight oxidative stress. Exercise helps to boost your body’s ability to produce glutathione, which can be depleted by stress, poor diet, aging or illness.

Exercise is an example of an activity that places considerable stress on your body. Not surprisingly, this stress increases the production of free radicals. That might sound like a bad thing – but not necessarily so. In response to the increasing number of free radicals floating around in your bloodstream, your body turns on genes that boost insulin sensitivity. So, in this situation, free radicals are beneficial.

There’s some concern that antioxidant supplements may interfere with some of the health benefits of exercise. Research also suggests that free radicals generated through exercise bolster the body’s antioxidant defense system, gearing it up to better fight oxidative stress.

One word of warning. Even though exercise boosts your body’s natural antioxidant defenses, high-intensity exercise and long periods of moderate-intensity exercise may overwhelm the system. That’s why it’s still important to get antioxidants NATURALLY through dietary sources like fruits and vegetables.

At the same time, exercise increases glutathione, the master antioxidant your body produces. Eating a poor diet and stress, including lack of sleep, can deplete glutathione, so make sure you’re eating a balanced whole food diet and getting at least seven hours of sleep a night to give your body the support it needs to fight free radicals and keep your cells healthy.

Natural Center for Alternative and Complementary Medicine. “Antioxidants and Health: An Introduction”

Do Antioxidants Interfere with Fitness Gains?

One thought on “What Role Do Free Radicals Play in Aging?”