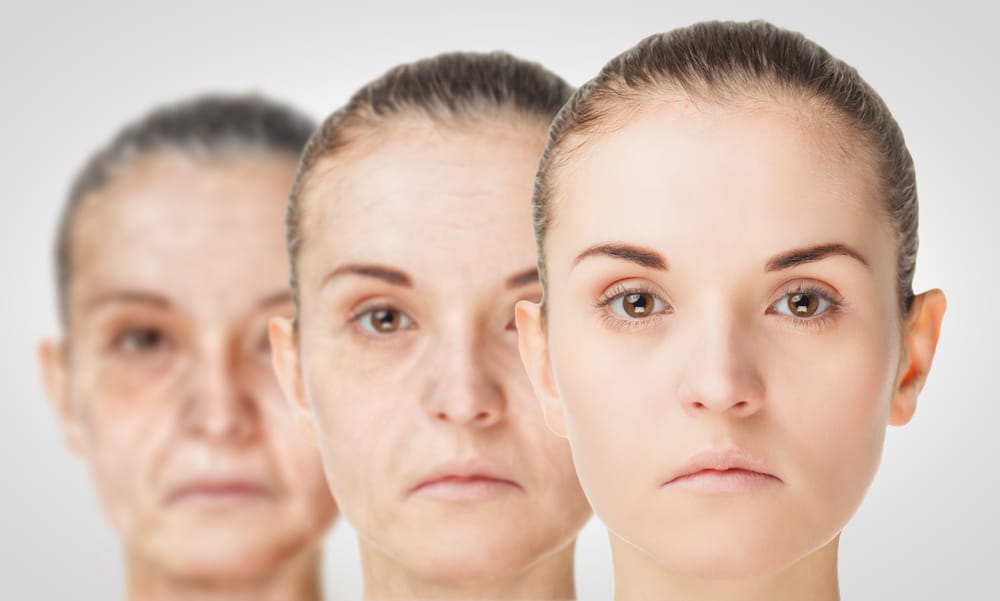 If there’s one fate we must all deal with, it’s aging. Aging can take different forms, depending on the individual. Some people manifest with joint problems or hearing loss while another individual might experience changes in memory or develop a high blood sugar level. Despite the different ways aging presents, it has an underlying theme – a gradual loss of function.

If you were to look deeper, you’d find that aging really begins at the cellular level. Although it’s not clear exactly how and why cells age, oxidative damage, exposure to environmental toxins, inflammation, and damage to DNA (the genetic blueprint) likely all play a role.

The question is what can you do to slow aging? Healthy lifestyle habits, like exercise, managing stress, getting enough sleep, and eating a whole food diet are factors that help, but not everyone is willing to do these things. That’s why scientists continue to search for anti-aging breakthroughs – a supplement or medication that would delay the aging process. Recently, there’s been a possible advance in the quest to conquer aging.

One of the theories as to why cells age relates to energy production. Inside cells are energy-producing machines called mitochondria. As we age, mitochondria become less efficient at producing ATP, the energy currency of all cells. This explains why exercise tolerance declines with age and we feel less energetic. It also partially explains why metabolic syndrome and type 2 diabetes becomes more common.

One reason that mitochondrial energy production declines with age is that cells produce less of a compound called NAD, or nicotinamide adenine dinucleotide. In fact, a drop in NAD is linked with the deterioration of the mitochondria and its function. So, why not just give people supplemental NAD to slow aging? Unfortunately, scientists discovered that this doesn’t work in mice. However, they dug deeper and found a precursor to NAD that the body naturally produces.

This NAD precursor is called NMN, or nicotinamide mononucleotide. It’s a substance found naturally in fruits and vegetables, including broccoli, cabbage, avocado, edamame, and cucumbers. Encouragingly, when researchers gave NMN, the precursor to NAD, to older mice, the mice experienced less weight gain, their blood sugar level improved, and their eyesight was clearer. Plus, their immune systems worked more robustly and bone density and muscle size improved as well. The same wasn’t true of younger mice because they already make sufficient quantities of NAD and NMN.

In fact, the effects of NMN extended all the way down to the DNA inside cells. In mice, NMN blocks age-related DNA damage as well as damage caused by exposure to radiation. Researchers at Harvard discovered that low levels of NAD interfere with a cell’s ability to repair DNA damage. That’s important since this type of damage is a contributor to aging and age-related diseases, like cancer.

Is it likely that NMN will slow aging in humans? Human trials recently began, so we should have more information shortly. The good news is NMN is a natural substance found in healthy foods that have health benefits. It’s less likely that a supplement like this would have adverse side effects.

Can you get the benefits by simply eating good food sources of NMN? According to Dr. Shin-Ichro Imai, professor of developmental biology and medicine, and a researcher in the study, it’s unlikely you could eat the quantity necessary to have a major impact on aging. Still, foods like broccoli have other health benefits. For example, broccoli ramps up cellular enzymes called phase 2 enzymes, which help cells detoxify toxins you’re exposed to from food and the environment. So, getting more of veggies rich in NMN should have other benefits as well.

One of the benefits of NMN, the compound under study, is that it activates proteins called sirtuins and this is the way it exerts most of its anti-aging benefits. Sirtuins are special proteins that modify the expression of genes. Sirtuin proteins turn on a number of pathways that help cells repair. For example, some sirtuins activate genes involved in the repair of damaged DNA. Others turn on pathways that have antioxidant activity. They also influence cellular metabolism in a way that protects against obesity. Plus, sirtuins play a role in mitochondrial biogenesis, the ability of cells to form new mitochondria. Sirtuins prolong life in many mammals but it’s still not clear whether it does the same in humans. That’s what scientists hope to find out with human studies of NMN.

Are There Other Ways to Boost NAD & Slow Aging?

It’s probably best to avoid buying one of the NMN supplements that are now available. For one, it’s not clear what quantity is optimal for a human and although it seems unlikely that NMN would have serious side effects, it still needs to be considered.

By now, you’re probably wondering whether there are other ways to boost NAD and activate sirtuins to slow aging? Doing so could potentially contribute to better health and longevity as sirtuins are associated with a number of major diseases, including cancer, Alzheimer’s disease, arthritis, osteoporosis, type 2 diabetes, and cardiovascular disease.

Studies show that resveratrol, a natural chemical in grapes activates sirtuins, although a few studies call this idea into question. Calorie restriction also seems to turn on sirtuin proteins. The idea behind calorie restriction is to reduce calories by 30 to 40% but still get adequate nutrition. Of course, that means eating nutrient-dense foods, not junk.

The possibility that a natural compound in vegetables, NMN, could slow aging is exciting. Until human studies further define the role NMN plays in aging in humans, stick to healthy lifestyle habits that are proven to lower the risk of health problems – a whole food diet, lots of plant-based foods, don’t overeat, get regular physical activity, sleep enough, maintain a healthy body weight, and avoid bad habits like smoking and excessive alcohol. Studies show that just doing these things can help you ward off age-related diseases.