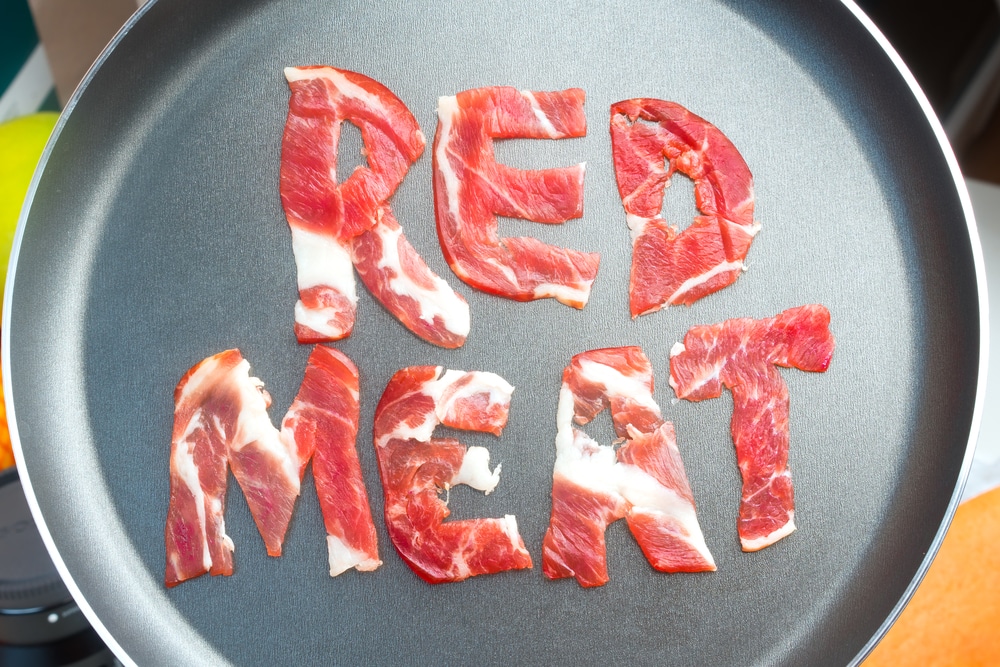 Red meat consumption has declined over the past few decades. In fact, based on a study published by the National Resources Defense Council, American beef consumption dropped 19% between 2005 and 2014. Although consumption of poultry and fish also fell off, the decline was less steep than for beef. One reason people have reduced their red meat consumption is due to concerns about the environment.

Yet, health concerns are another reason people are limiting meat consumption – concerns that eating too much meat increase the risk of heart disease, stroke, and cancer. Cancer is a disease that most of us fear, so it’s natural to want to take steps to lower the risk of getting it in the first place. Experts believe that we can prevent at least 30% of cancers by making lifestyle changes. One lifestyle change you often hear about is eating less red meat. Is red meat really a risk factor for cancer?

First, let’s distinguish between red meat and processed red meat. Processed red meat includes bacon, sausages, hot dogs, bologna, ham, and so-called “mystery” meat, like Spam. These meats contain preservatives called nitrates. Research shows that when we consume nitrates from processed meat, our body converts them to nitrosamines, a carcinogen. Processed meat also contains lots of salt. According to studies, salt acts as a promoter that makes it easier for the intestinal tract to take up nitrosamines and increase the risk of cancer of the digestive tract. So, the combo of the two creates a perfect storm that can potentially damage your health.

Indeed, studies DO show a link between eating processed meat and a higher risk of cancer, particularly cancer of the colon and rectum. Some studies show a slight increase in risk while others show that eating lots of processed meat doubles the odds of getting cancer. Other cancers linked with higher processed meat consumption include cancer of the breast and pancreas.

However, unprocessed red meat isn’t off the hook. A large study looking at the eating habits of over 37,000 healthy men and women found that eating large amounts of red meat was linked with a greater risk of cancer as well. Based on the studies that are out there, the risk is around 20% higher between those that eat the most red meat and those that eat the least, not an enormous increase but still enough to be of concern.

Is the Association Real?

One problem with these studies is there are so many confounding variables. People who eat red meat also eat fewer fruits and vegetables and may have other unhealthy habits, like smoking, not exercising, alcohol use, etc. Researchers try to control for these variables but it’s not an easy task. Then, you might wonder what is it about red meat that might increase cancer risk? At one time, experts believed saturated fat was the culprit but that doesn’t seem to explain the association based on more recent research. Could it be the hormones that cows are injected with? No one knows for sure.

One issue might be compounds produced when people prepare meat. When you cook meat until it’s well done, it produces a substantial quantity of chemicals called heterocyclic amines and polyaromatic hydrocarbons. These appear to be carcinogenic. Plus, some people have an enzyme variant where they don’t break these harmful chemicals down as quickly and they stay around longer. This gives them more opportunity to do damage. So, if you have this enzyme variant, and it’s not uncommon, you may be at higher risk of cancer when you eat well-done meat than someone who doesn’t.

·       It’s a rich source of iron. You need iron to carry oxygen in your blood but at high amounts, it’s a prooxidant that can damage tissues. Plus, your body has no way to eliminate excess iron.

What if You Don’t Want to Give Up Red Meat?

If you love red meat, at least avoid processed meat of all types. Then, try to trim back the amount of red meat you’re eating and substitute fish or plant-based protein for a few meals each week. In other words, don’t have sausage for breakfast, a hamburger for lunch, and a steak for dinner. Also, boost your intake of fruits and vegetables. The phytochemicals in these foods may offer some protection against cancer-related meat consumption. Be particularly cautious if you have a family history of colon or pancreatic cancer, two types of cancer most strongly linked with eating lots of red meat and processed meat.

Eating processed meat and lots of red meat is linked in some studies with a higher incidence of cancer, particularly cancer of the digestive tract. If you eat red meat, avoid the processed stuff and make red meat a small part of your plate – along with a whopping serving of vegetables!

Explaining the Possible Link Between Red Meat and Cancer

4 Reasons Why Processed Meat Is Unhealthy