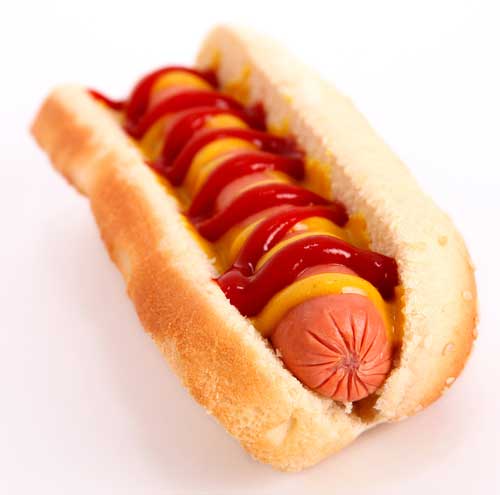 To reach this conclusion, the World Health Organization compiled data from more than 800 studies from around the world, looking for a connection between meat consumption and cancer. Their conclusion? Processed meat is a carcinogen in the same class as toxins like cigarette smoking and asbestos. Red meat they classified as a “probable carcinogen.” Be aware that “red meat,” by the USDA’s classification includes the meat from all mammals, including pork, which some people think of as white meat.

What the study didn’t say is WHY red meat, particularly processed meats, could be linked with cancer. You might assume the culprit is the saturated fat in red meat. At one time, research tried to link a higher fat diet with various forms of cancer, particularly breast cancer. But there are a variety of other compelling mechanisms by which processed meat and red meat might elevate cancer risk if indeed this connection is real. Keep in mind, the association wasn’t a large one. If you eat the equivalent of a hot dog a day, based on this study, you’ll increase your cancer risk by about 20%. The risk seems to be highest for colon cancer.

Mechanisms by Which Red and Processed Meats Might Increase Cancer Risk

The first mechanism by which both red and processed meat could increase cancer risk has to do with the way they’re cooked. When you expose meat to high temperatures, especially by grilling it, the heat produces two chemicals that are likely carcinogenic: polycyclic aromatic hydrocarbons (PAHs) and heterocyclic amines (HCAs).

PAHs is the charred material you see on the outer surface of meat when you grill it while HCAs form deeper inside the meat. It’s not just red meat and processed meats that form PAHs and HCAs, poultry and fish do too. Smoked meat is another source of these chemicals. In animals, PAHs and HCAs, at very high levels, are strongly linked with cancer and many experts believe they cause cancer in humans too, although you’d have to eat a lot of grilled, fried, or smoked meat.

Nitrites can take two paths: They can be converted to nitrosamines, a health risk, or nitric oxide, a chemical good for your blood vessels and blood pressure. Depending upon which way they go, nitrites may be helpful or harmful. The kind you get from processed meats seems to more likely take the nitrosamine path since diets high in processed meats are linked with stomach cancer, according to many studies. The fact that processed meat is often heated to high temperatures may encourage conversion of nitrites to the more harmful nitrosamines. However, using a lower heat may reduce how many of these compounds are formed.

When you eat a piece of red meat, you take in L-carnitine. While carnitine isn’t carcinogenic in and of itself. In fact, it has important functions in your body, gut bacteria CAN convert it to a carcinogen. When bacteria break it down, they form a secondary compound called trimethylamine-N-oxide, or TMAO.  Not only is TMAO linked with heart disease, some research also shows a link between it and prostate cancer. The conversion of carnitine to TMAO may also explain the connection between eating red meat and heart disease – it may not be saturated fat after all!

Red meat is also rich in heme iron. Although iron is an essential mineral that has a vital function in your body – without it hemoglobin couldn’t carry oxygen to tissue – too much can be harmful. At higher doses, iron can act as a pro-oxidant and damage cells and tissues. Some studies have linked a higher iron intake and higher iron stores with an increased risk for cancer.

More recent studies show red meat is rich in an acid called Neu5Gc, which promotes whole body inflammation. In animal studies, Neu5Gc-induced inflammation led to a 5-times greater risk and certain types of cancer. There’s growing evidence that inflammation plays a role in a variety of diseases, including heart disease and cancer.

Time to throw out the hamburger buns? Not necessarily. The key here is moderation. It’s probably NOT a good idea to eat red meat every day and not smart to eat processed meat at all. Instead, limit the amount of red meat you eat to two times a week and enjoy more fish, poultry, and plant-based sources of protein. When you do red meat, don’t grill it unless you marinade it first. You can also cook it in the microwave beforehand to reduce the amount of time it spends on the grill. Remove any charred areas before eating it.

Even better, don’t grill or fry at all. Instead, use a slow cooker or pressure cooker to prepare meat or braise it rather than frying or grilling. These cooking methods don’t produce PAHs or HCAs. When you serve red meat, eat vegetables with it instead of french fries or a baked potato. The fibers and phytochemicals in the vegetables may provide some protection against the negative effects the meat might have.

Also, consider your family history when deciding how much red meat to eat. If you have a strong family history of cancer, especially colon, prostate, or stomach cancer, the carcinogens in meat would more likely be a problem for you than someone with no family history of these diseases. Each of us is genetically more or less predisposed to the effects of carcinogens based on our individual genetics.

Keep in mind, there are some potential limitations with this study. The epidemiology portion of the study gathered the data from food frequency questionnaires, which aren’t necessarily accurate. All in all, red meat isn’t necessarily something to completely avoid, but don’t make it the backbone of your diet, and eliminate processed meat as much as possible.

Exercise and Breast Cancer Prevention: Does It Matter What Age You Begin Working Out?

5 Surprising Factors That May Increase Your Risk of Cancer