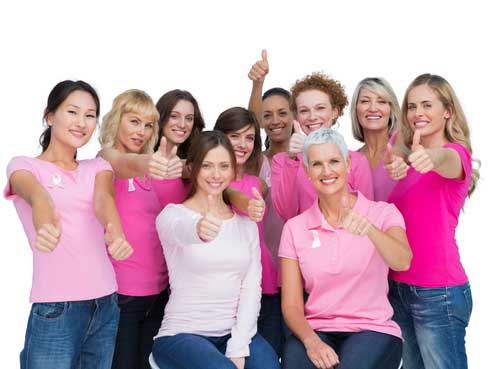 Working out – there are TONS of reasons to do it. Exercise is a heart-healthy activity that also preserves the health of another vital organ, your brain. In fact, studies show exercise reduces the loss of brain volume that goes along with aging and may help preserve cognitive function as well. It also helps you hang on to your muscle mass and strength. Don’t forget about bone health. High-impact exercise and high-intensity resistance training are one of the best defenses against osteoporosis.

A benefit you hear less about is the impact regular physical activity has on the risk of getting cancer. While not as common as heart disease, cancer can be a life changer and the longer you live the more likely you are to be touched by it.

Can exercise lower your risk of getting cancer? A new study published in the Journal of the American Medical Association Internal Medicine recently looked at this issue. they pooled the results of 12 studies carried out in the United States and Europe. In total, there were around 1.5 million participants. The researchers questioned the participants about how much exercise they did, how often, and also tried to gauge the intensity with which they worked out.  Based on the responses, they gave them an “exercise score.” The researchers then followed the participants for 9 to 20 years to see who developed cancer.

The results? The study found participants who spent the most time doing moderate to vigorous exercise had a 20% reduced risk of developing seven types of cancer compared to those who exercised the least. These cancers included cancer of the liver, esophagus, lunch, kidneys, uterus, stomach, and a form of blood cancer called myeloid leukemia.

In addition, participants who worked out the most enjoyed a 10 to 20% lower risk of cancers of the colon, head/neck, rectum, bladder, breast, as well as a form of immune system cancer called multiple myeloma. Although not definitive, there was evidence that exercise also lowered the risk of cancer of the gall bladder, small intestinal tract, and a form of lymphoma called non-Hodgkin’s lymphoma.

The only cancer that was more frequent in participants who exercised was malignant melanoma, an aggressive type of skin cancer. That’s not surprising since malignant melanoma is linked with sun exposure and one of the most common forms of exercise is walking and biking outdoors.

One way exercise reduces cancer risk by helping control body weight. After all, research shows obesity is a risk factor for a number of cancers. However, this study suggests some other factor associated with exercise, not just body weight, is lowering the risk. That’s because overweight and obese participants who were active also had a lower risk of developing a malignancy.

What other factors might explain the lower risk of cancer in people who exercise? One factor may be the impact exercise has on insulin sensitivity. Both resistance training and aerobic exercise bolster insulin sensitivity. When your cells are more sensitive to insulin, your pancreas doesn’t have to produce as much insulin and your insulin level is lower after meals and between meals. This means you’re less likely to face the perils of insulin resistance and the risk it creates for a number of health problems.

So, exercise can lower your insulin level, but what does this have to do with cancer? Insulin is a growth factor – one that stimulates the growth of cells, including cancer cells, partially through IGF-1, also known as insulin-like growth factor. IGF-1 is produced by your liver and is increased when insulin levels are high. Not only does IGF-1 stimulate the growth of cells, including cancer cells, but it also makes abnormal cells more resistant to death. In other words, it helps them gain a foothold in your body. Most people with type 2 diabetes are insulin resistant and have higher IGF-1 levels. Recent research also shows type 2 diabetics have a higher risk of developing cancer, particularly cancers of the colon, breast, pancreas, and liver.

Having a high insulin level may be especially harmful with regard to breast cancer. When there’s too much insulin around, your liver produces fewer of the carrier proteins, called sex hormone binding globulin that attaches to estrogen and helps to remove it from the body. This leaves more free estrogen to stimulate breast tissue and, potentially, trigger the formation of a tumor.

Another way exercise likely lowers the risk of some types of cancers in women is by reducing exposure to estrogen. Exercise, particularly endurance exercise, can lower estrogen levels in women, and less estrogen exposure is linked with less likelihood of developing cancers of the breast and uterus.

Finally, exercise helps to reduce inflammation. Although exercise is stressful on your body and may temporarily create a pro-inflammatory state, it also activates your body’s natural antioxidant defenses and, in the long run, helps keep inflammation in check. That’s a good thing since cancer, like other diseases, is linked with low-grade inflammation.

It’s possible that exercise has other cancer preventative benefits as well. Exercise is an excellent stress relieve although it’s not clear whether stress increases the risk of developing cancer.

Now, you have another important reason to keep working out – you may be lowering your risk of cancer. Combine it with whole food diet and you’re less likely to have to deal with chronic illness, including cancer.

Can Leading a Healthy Lifestyle Change Your Genes?

What Should You Eat to Lower Your Risk of Colon Cancer?