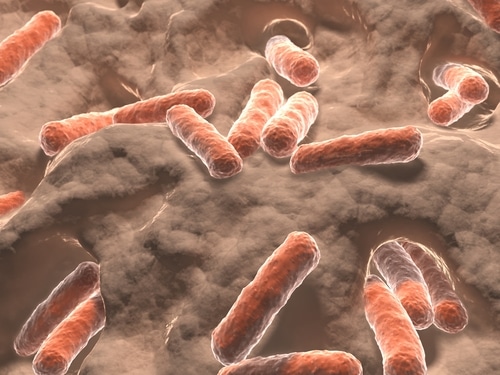 Inside your intestines are hundreds of different species of gut bacteria. Unlike bacteria that cause illness, these “good” bacteria may reduce your risk for certain health problems by priming your immune system and by keeping bacteria and other microbes that cause intestinal infections from gaining a foothold in your gut. There’s also growing evidence that these friendly bacteria play a role in controlling your body weight.

Bacteria, Body Weight and the Risk of Obesity

In a recent study published in the journal Nutrition in Clinical Practice, researchers looked at the role gut bacteria play in nutrition and weight management. The bacteria that make their home in your gut are as unique as you are. Everyone has a different ratio of the various bacterial species of gut bacteria. Just like your fingerprint is different from someone else’s, so is your bacterial “fingerprint.”

Research shows the type of bacteria that make their home in your intestines varies depending upon your diet. People who eat a predominantly plant-based diet have a bacterial composition that’s vastly different than someone whose favorite foods are prime rib and bacon. Likewise, a person who eats a low-carbohydrate diet will have a bacterial population that differs from someone who eats a low-fat one. Changing the composition of what you eat leads to changes in gut bacteria within a few days. So, your resident bacteria can change very quickly based on your dietary choices.

Research shows that people who are obese have higher concentrations of by-products from certain gut bacteria called lipopolysaccharides in their bloodstream. These lipopolysaccharides are capable of causing inflammation and metabolic changes that contribute to health problems like heart disease and type 2 diabetes. The tiny bacteria in your gut seem to have a great deal of influence on your overall health – and possibly your waistline as well.

People who are obese seem to have more of certain types of bacteria than their leaner counterparts. Obese people tend to have more of a type of bacteria called hydrogen-consuming methanogens than leaner people. One theory is that products produced by these bacteria may alter levels of leptin, an appetite-regulating hormone. The types and quantity of bacteria in the gut can also affect nutrient absorption from the intestines, and thereby play a role in both obesity and malnutrition. Interestingly, gastric bypass surgery, a procedure used to treat obesity, changes the composition of bacteria in the intestinal tract.

Can Bacteria Help to Cure Obesity?

Can changing the composition of gut bacteria play a role in treating obesity? It’s an intriguing thought. In mice, researchers found that when they transferred the bacteria from mice that ate a high-fat diet to mice with no bacteria in their intestines, the mice became overweight despite eating a low-fat diet. Gut bacteria impact the body in a variety of ways. They alter the function of the immune system, and some types seem to trigger inflammation that may play a role in metabolic syndrome and obesity. A recent study showed that some gut bacteria can activate brown fat in mice. Brown fat is a type of fat the gobbles up white fat, the jiggly fat you don’t want, to use as energy. People with more active brown fat burn calories at a faster rate. Who wouldn’t want that?

The bacteria in your gut have more influence than you think. Adding more of certain types of bacteria to your gut by taking “designer probiotics” could one day be a way to control your weight, but no one knows at this point what types of bacterial strains work best. Until then, keep eating yogurt with active cultures to keep your gut healthy. Probiotics still have benefits.

Can Exercise Improve the Composition of Your Gut Bacteria?

Do Gut Bacteria Cause You to Crave Certain Foods?

Does Eating a Clean Diet Change Gut Bacteria That Control Your Body Weight?