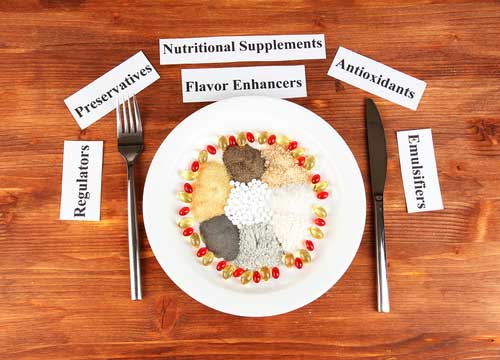 Your intestinal tract is literally teeming with living, vibrant gut bacteria, trillions of them, AND if you have a diverse population of gut bacteria, that’s a good thing! Why? Because the bacteria that inhabit your gut impact your health in a number of ways. Not only do they help keep your digestive tract healthy, but they also help keep your immune system balanced. Recent research even shows the gut-friendly, probiotic bacteria that call your gut home likely influence your metabolic health and body weight as well.

With gut bacteria playing such an important role in digestive health and health, in general, you want the “good guys” in your gut to outnumber the “bad guys.” What do we mean by bad guys? These are bacteria that cause disease and possibly contribute to other health problems. While the ideal populations of bacteria you want hanging out in your gut aren’t clearly defined yet, research shows having a more diverse population of gut bacteria is healthier. The resident bacteria that live in your gut are often referred to as your microbiome.

So many things can disrupt the bacterial balance in our guts. One of the biggest culprits is antibiotics. When you take antibiotics, the medication destroys good bacteria along with the bad and decreases bacterial diversity. It can take months to rebuild the varied bacterial population you had prior to antibiotics, and some studies suggest some of this loss of diversity may be permanent. Plus, when you destroy bacteria, other bacteria and organisms like yeast move in and set up shop, often with adverse consequences.

Antibiotics aren’t the only enemy of your gut flora. Many processed foods you find at the grocery store contain emulsifiers, compounds that prevent the separation of oils and water in products. One of the more common emulsifiers, polysorbate-80, is frequently found in ice cream. Almost all commercial salad dressings contain some type of emulsifier since they have an oily and a watery component that needs to say mixed. A wide variety of other products do too.

Although emulsifiers serve a useful purpose, they may not be so favorable to your gut. When researchers fed mice the same emulsifiers you find in many processed and packaged foods – polysorbate 80 and carboxymethylcellulose – the composition of bacteria in their guts changed. Even worse, the mice began to show signs of gut inflammation and metabolic syndrome.

Based on this, you might think the inflammation was triggered by another factor that had nothing to do with gut bacteria, BUT when researchers transferred gut bacteria from the mice that ate foods with emulsifiers to healthy mice, the normal mice also developed signs of inflammation and metabolic syndrome! That’s pretty compelling!

Of course, you can argue that these are mice and the response might be different in humans. Still, as researchers point out, the rise in obesity and metabolic syndrome corresponds with the ready availability of processed foods. At the very least, eating processed foods filled with additives isn’t doing your body any favors and at worst, it may be changing the bacteria that live in our guts in an unfavorable way.

Research has already questioned whether another type of food additive – artificial sweeteners – alter gut bacteria. In an Israeli study, researchers found artificial sweeteners, like aspartame and sucralose, foster the growth of bacteria that are more efficient at extracting calories from food and storing energy as fat. In this manner, they may increase the risk for weight gain and obesity.

The mice in this study also showed signs of insulin resistance and poor blood sugar control. Artificial sweeteners may sound like a calorie-free bargain, but it could be at the expense of allowing bacteria that are more efficient at absorbing calories to thrive. That’s not a good trade-off.

Whole Foods Are Your Best Bet

Whole foods are free of additives. Rather than synthetic chemicals, they offer natural phytochemicals, vitamins, and minerals that work together to keep you healthy. Now that you know how important gut bacteria are for health and well-being, add more probiotic-rich foods to your diet to foster the growth of a diversity of bacteria.

Start your morning with a cup of fresh yogurt with active cultures. Rather than eating one of the many flavored yogurts that have added sugar, choose plain, Greek yogurt and add your own fruit, nuts, chia seeds, cocoa powder, or other healthy ingredients for more flavor.

Other good sources of probiotic bacteria include tempeh, miso soup, fresh (not canned) sauerkraut, kefir, and kimchi. Most of us don’t eat many of these fermented foods that contain active bacterial cultures. In fact, the Western diet is lacking in fermented foods.

Don’t forget processed foods contain other ingredients that promote obesity and are linked with poor metabolic health such as sugar, high-fructose corn syrup, trans fat, and refined carbohydrates. The more you can distance yourself from these foods and replace them with whole foods, the better your health will be.

As if there aren’t already enough reasons to stay away from processed foods, do it for your gut bacteria. Increasingly, we’re finding out how important it is to keep the tiny critters that live in our guts happy – and they thrive on a whole, fiber-rich food. Give them what they want.

The World’s Healthiest Foods website. “What are some of the best food sources for probiotics and prebiotics?”

Why Whole Foods Are Better Than Supplements

Nutrition Bars: Are They Really Nutritious?