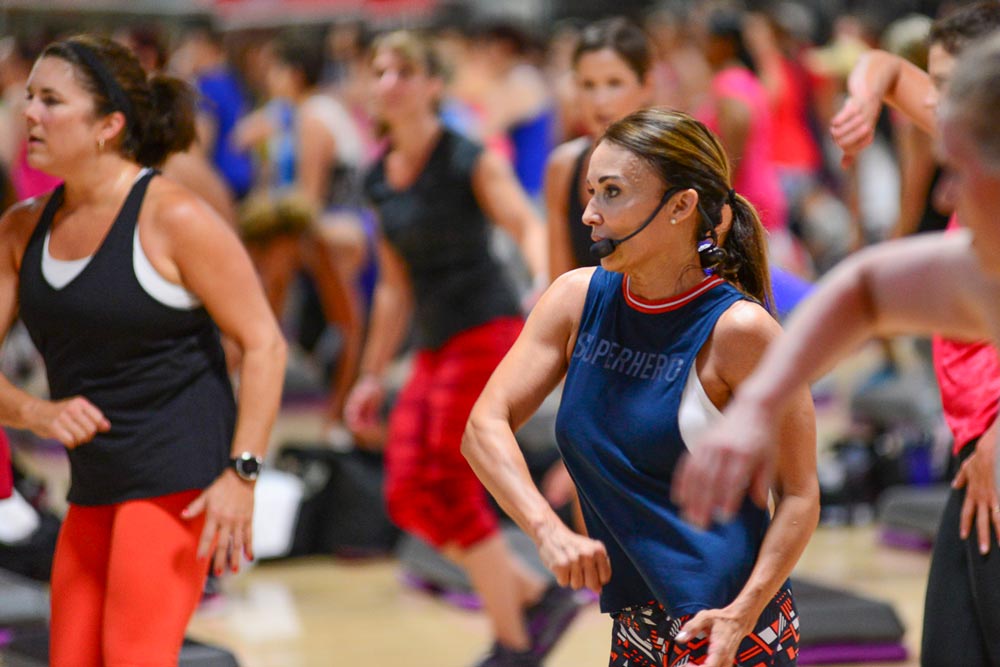 The gut microbiome, the population of bacteria that lives in your intestinal tract, is command central for a number of functions that impact your health. In fact, the gut microbiome is sometimes called the “second brain,” thanks to the chemicals it releases. These chemicals are the same ones, like serotonin and dopamine, that your brain releases. Plus, 70% of your immune system resides in your gut as well.

The Impact of Endurance Training on Your Gut Microbiome

Interestingly, a new study shows that endurance exercise may alter the composition of the gut microbiome. In the study, untrained women who previously didn’t exercise were asked to ride an exercise bicycle three times weekly for six weeks. The participants were instructed not to change their diet during the study to avoid the impact diet would have on the microbiome. The workouts were gradually increased until they were an hour in length. The sweat sessions consisted of mostly low-intensity pedaling with four 10-minute intervals of moderate-intensity exercise per session.

The findings? At the end of the 6-week study, there were modest shifts in the composition of the gut microbiome in the participants. One particular species of bacteria, Akkermansia, increased over the 6-week period. This species of bacteria has shown beneficial effects in animal studies. In mice, it boosted fat breakdown. Also of interest, the participants showed a decrease in Enterobacteriaceae. This may be of benefit as this genus of bacteria is linked with non-alcohol fatty liver inflammation and obesity.

What can we conclude? Endurance exercise at a low to moderate intensity may subtly shift the composition of human gut bacteria. Of course, we need more research to confirm this. Yet, other research also suggests that exercise has an impact on the trillions of bacteria that make their home in your large intestinal tract and help it stay healthy.

One such study looked at the gut microbiomes of 40 healthy, rugby players. Some of the rugby players were more active than others and the researchers wanted to see if the degree of activity correlated with the composition of their gut microbiome. As with the previous study, the more active guys had more Akkermansia, bacteria that boost fat oxidation. They also had a more diverse microbiome. That’s significant since greater microbiome diversity is linked with health and a reduced risk of obesity and metabolic problems.

The weakness of this study is it didn’t control well for dietary influences. The researchers used a food frequency questionnaire, an approach that often isn’t as accurate as it should be. People often can’t recall what they ate for lunch a day ago, much less what they ate a few weeks prior. We know that diet makes a difference. For example, eating a diet higher in fiber can significantly impact the composition of gut bacteria that take up residence in the intestinal tract.

Despite the limitations, these preliminary studies suggest that endurance exercise likely has some effect on the composition of the gut microbiome and, preliminarily, the impact looks positive. For example, an increase in Akkermansia would likely be beneficial to health and weight control. Hopefully, more research will confirm these findings.

Should you take the easy way out and take a probiotic supplement? Some people would rather pop a pill to boost the health of their gut microbiome and there’s no shortage of supplement companies trying to take advantage of this fact. But, a recent study shows that taking probiotic supplements may not be helpful and may actually be harmful. This study raised red flags about the potential of supplemental probiotics. In some people, probiotics in supplement form may cause symptoms like bloating and even brain fog.

One reason people take probiotics is to recolonize their gut with bacteria after taking an antibiotic. Another study raises questions about this practice. This study showed that taking a probiotic supplement can actually delay the return of natural, healthy gut bacteria. So, the purported benefits of probiotic supplements may be overstated. Plus, you don’t know what you’re really getting when you buy a supplement as the industry isn’t regulated.

Then, there’s the issue of whether the probiotics you take in supplement form actually colonize the gut or whether we just eliminate them in our stool. In a recent study, researchers took samples from the guts of 15 people who had taken 11 different strains of probiotic bacteria or a placebo for four weeks. The participants also underwent an endoscopy and colonoscopy to get direct samples from the guts of the participants.

The research showed that the probiotic bacteria only colonized the gut in 6 of the 15 subjects. The rest eliminated the bacteria in their stools. Unfortunately, you don’t get benefits unless the bacteria take up residence in the gut.

Thank goodness there’s so much research in this area as there’s so much we don’t know about the gut microbiome. Until we know more, it’s probably best to get probiotic bacteria naturally from fermented food sources rather than from a supplement. The supplement could never include the rich diversity of bacteria you get from fermented foods. Plus, fermented foods contain prebiotics, a type of fiber that promotes the growth and survival of gut bacteria. If you experience bloating or other unpleasant symptoms, scale back on fermented foods. People have varying degrees of tolerance for these foods. If you’re lactose intolerant, skip the dairy-based probiotic-rich foods and try fermented vegetables instead. You’ll get fiber as well!

Live Science. “Why Probiotics May Not Always Help, And Could Actually Do Harm”