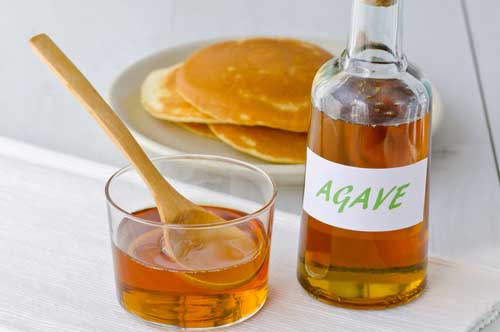 The message is loud and clear: Americans eat too much sugar. How much too much? The average American eats a whopping 22 teaspoons of sugar daily, most of it from processed foods and sugar-sweetened beverages. That’s unfortunate since diets high in sugar are linked with a growing list of health problems including obesity, insulin resistance, heart disease, and tooth decay.

The best way to lower your risk for these health problems is to gradually reduce the amount of sugar you consume by eliminating processed foods, soft drinks, and foods with added sugar. When you do this you rediscover just how good whole foods without added sugar can taste. But if you’re not ready to completely remove “sweetness” from your diet, there are a dizzying array of sweeteners out there, both artificial and natural.

If you’re trying to avoid artificial sweeteners, you’re making a smart choice. Some research has linked the use of artificial sweeteners with type 2 diabetes and obesity as well as changes in gut bacteria. So, if you have to sweeten something, a natural sweetener may be a better option, at least until you can wean yourself off of “sweetness” entirely.

Can’t decide which to choose? Here’s the low-down on some of the most popular natural sweeteners.

Sugar alcohols, including sorbitol, erythritol, maltitol, and xylitol, are in a number of packaged foods and have little or no impact on blood sugar and insulin. That’s good news! They’re also lower in calories than table sugar with about a half to a quarter of the calories of sugar.

Most sugar alcohols are naturally derived from vegetable materials, mainly corn and your dentist may see less of you if you use xylitol since this sweetener is linked with a lower risk for dental caries and gum disease. Although limited, the available research shows sugar alcohols appear to be safe.

Before adding a sugar alcohol to your cabinet, there are some drawbacks to consider.  The corn used to make sugar alcohols may be genetically modified and it’s not completely clear whether GMOs are safe for everyone. Plus, sugar alcohols aren’t as sweet as sugar, so you may need to use more.

Xylitol is the sweetest of the bunch, about as sweet as sugar, but it’s toxic to dogs. If you have pets, keep it in a secure cabinet as even small amounts can potentially kill a dog. All sugar alcohols can cause bloating, abdominal discomfort, gas or diarrhea in humans. Erythritol is the least likely to do this.

Sugar alcohols aren’t a bad choice as a sweetener, but you’ll have to experiment to determine how much you can tolerate without experiencing digestive upset. You’ll probably have the most luck with erythritol.

At first glance, agave syrup sounds like a winner. True, agave syrup comes from the agave cactus, the same plant used to make tequila. Natural agave nectar extracted from the cactus contains compounds called fructans that may have beneficial effects on blood sugar control – but commercial agave syrup makers process the agave to the point that the fructans are converted to fructose.

As a result, the sugar in the agave syrup available at most supermarkets is mainly fructose, making it more like high-fructose corn syrup than agave extracted directly from the cactus. High-fructose corn syrup has been linked, according to some research, with fatty liver disease, insulin resistance, and type 2 diabetes. Though it’s marketed as a natural sweetener, it’s one you should avoid.

Stevia rebaudiana is a plant whose leaves are rich in steviol glycosides, compounds that are 300 times sweeter than sugar. So, you don’t need much to sweeten a cup of coffee or tea. Natural stevia sweeteners have no effect on blood sugar or insulin and some studies even show Stevia extracts favorably impact blood sugar control. Plus, it’s been in existence and widely used in countries like Brazil and Japan with no ill effects.

The cons? Some people believe natural forms of Stevia have a bitter aftertaste. As a result, much of the Stevia you find in grocery stores is processed to remove the bitter tones and combined with a sugar alcohol like erythritol. So, you aren’t getting a completely natural product when you buy modified Stevia sweeteners. Still, a combination of Stevia and erythritol is one of the safer sweetener alternatives and better for your metabolic health than sugar.

Monk fruit, also known as lo han guo, is giving Stevia a run for its money as another natural sweetener alternative. Extracted from a melon that comes from Southeast Asia, this sweetener has no impact on blood sugar yet is 200 times sweeter than sugar. The compounds in monk fruit that give it its sweet taste are called mogrosides, antioxidant compounds. Like Stevia, monk fruit may have favorable effects on blood sugar control.

Although monk fruit itself is natural, manufacturers often add in other ingredients, including fillers and other sugars. Look for a brand with as few of these additives as possible.

Everything coconut is trending upwards these days and coconut sugar is no exception. Made from the sap of the coconut plant, it undergoes minimal processing, meaning it retains nutrients like B-vitamins, short-chain fatty acids, zinc, potassium, and calcium. So, it has definite advantages over processed sugar.

The downsides of using coconut sugar, besides its cost, is it has roughly the same number of calories as table sugar and almost as much fructose as table sugar does. The major advantage it has over table sugar, other than the higher nutrient content, is its lower glycemic index, giving it less of an impact on your blood sugar. It’s a better alternative than table sugar but use it in moderation if you’re watching your weight. It still has calories.

Not all natural sweeteners are alike. Do your research before using one and make eliminating all forms of sweetener from your diet the ultimate goal.

Are Natural Sweeteners Really Better for You?