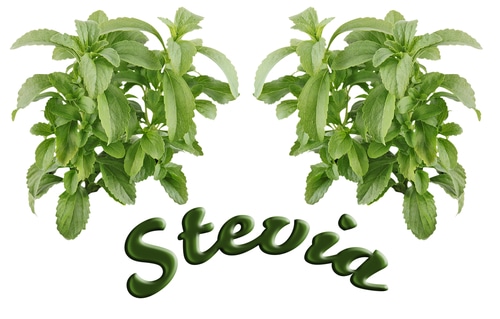 Although Stevia has been used as a sweetener for centuries in various parts of the world, rebaudioside A, an extract from the Stevia plant, wasn’t approved for use as a food additive in the United States until 2008. Since that time, a number of products containing the extract have appeared on the market, and the use of stevia as a substitute for white sugar (sucrose) or artificial sweeteners has increased dramatically. Not all stevia sugar substitutes, however, are the same.

Neither of the compounds responsible for the sweetness of stevia (stevioside and rebaudioside) contains calories or carbohydrates. In addition, neither induce a glycemic response, making them safe for diabetics and favored by those on low glycemic index (GI) diets.

Stevia leaves and extracts can be purchased but using them can be difficult. Isolated stevia extracts are 250 to 300 times sweeter than table sugar; they don’t caramelize when heated and can leave a slightly bitter aftertaste. So, to make stevia look, feel and behave more like sugar most of the commercial products available contain additives. These additives bring properties of their own, including both calories and carbohydrates.

Many of the stevia products marketed as being appropriate for baking, including Krisda, also contain maltodextrin, a moderately sweet carbohydrate with a high glycemic index. These products contain fewer calories than table sugar but are not calorie-free. Erythritol, a sugar alcohol naturally derived from plants or starches, is also added to many stevia formulations, including Truvia because it browns in a way similar to processed white sugar. It contains 95 percent fewer calories than sugar and has no glycemic index. On its own erythritol is significantly less sweet than stevia extracts, so a combination of the two provides a level of sweetness comparable to sucrose while reducing the bitter aftertaste.

Fructevia contains crystalline fructose and Fructooligosaccharides (FOS) in addition to the stevia-derived rebaudioside A. Fructose is a sweet, odorless sugar found in honey, fruits and vegetables. Because it is almost twice as sweet as sucrose and dissolves very easily, it is widely used in the manufacture of various candies and sweet beverages. FOS occurs naturally in many different fruits and vegetables and some grains. It is less than half as sweet as sucrose and therefore blends well with the stevia extract to recreate the approximate sweetness of table sugar. Several studies indicate that it may both promote the growth of the good bacteria in the gastrointestinal tract and increase calcium absorption.

Magnesium carbonate is another common additive to sugar substitutes and has been used as an anti-clumping agent, particularly in salt, for years. The only known negative side effect is diarrhea when very high doses are ingested, much higher than would be obtained through normal use.

It appears that stevia’s popularity is still on the rise, so more and more stevia-based products are likely to appear on the shelves in varying formulations. The only way to be sure you are getting what you want is to read the label carefully.

Good Carbs vs. Bad Carbs: Do You Know the Difference?

One thought on “Choosing a Stevia Sweetener”