Plank Progressions: How to Advance Your Planks

Plank Progressions: How to Advance Your Planks 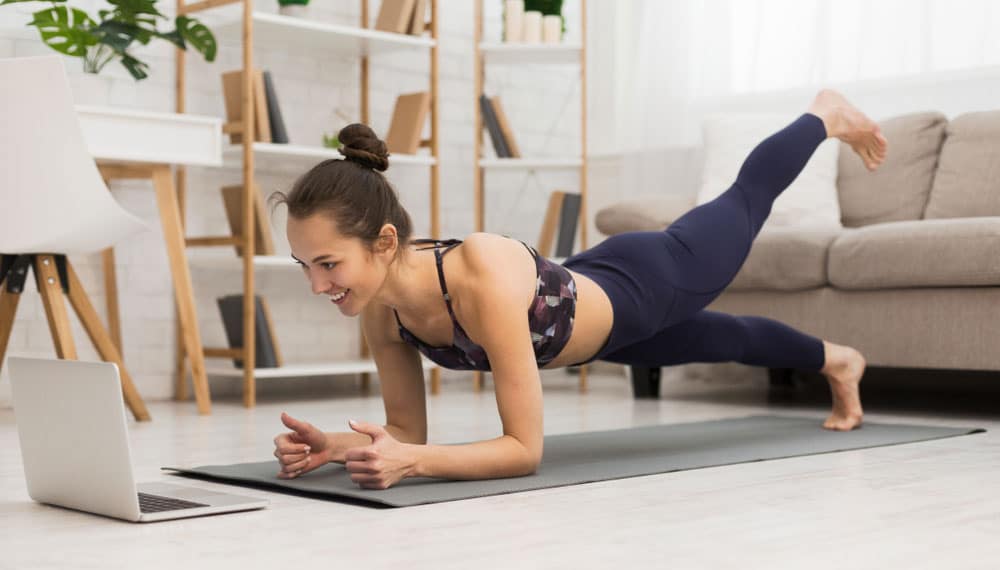 If there were an award for the best core exercises, planks would be in the running. Unlike other exercises that work the plank, the plank is an isometric movement where you work a muscle without actively lengthening and shortening it. This is a good approach for working the deep stabilizing muscles that keep your spine stable.

As with most exercises, there’s more than one way to do a plank. If you’re just starting out, it’s best to begin with the easiest version of planks and work your way up to more advanced versions, so that you’re using progressive overload. Plus, proceeding in this manner will help you get the form right before trying more advanced plank variations.

If you’re just starting out, here is a plank progression that will help you learn good form and as you become more proficient, make planks harder.

A standard plank, also known as a high plank, is where you position your body at the top of a push-up with your arms completely extended and hold the position isometrically. To get the full benefits, it’s important that you hold the plank with your body in a straight-line from head to toe, no sagging hips, or arched back. Some experts say that the forearm plank is the easiest variation, but it depends on your level of fitness level. If you haven’t built up some core strength, the forearm plank is more challenging since you recruit more core muscles when you’re closer to the ground. For most people, the standard plank is a good place to start.

Once you can hold a standard plank for 30 to 60 seconds, try a forearm plank, also known as a low plank. A forearm plank is where you keep both elbows, forearms, and hands on the mat while you hold a plank. Otherwise, the mechanics are the same as a standard plank. The goal is to keep your body in a straight line from head to toe. With a low plank, your body is closer to the ground since you’re on your elbows. This version forces your core muscles to work harder than a traditional plank whereas a standard plank places more stress on your arms.

For forearm planks, the same principles of good form apply. Your body should form a straight line from head to feet and your hips should be in alignment. It’s easy to let your hips sag during this variation, so be aware of your alignment. Be sure to plank on both sides. Don’t be surprised if you find it’s easier on one side as opposed to the other.

Now that you’ve mastered three basic planks, you’re ready to make the basic movements harder. Here are some ways to do that.

Another way to upgrade planks is to elevate your feet on a bench when you do the exercise. When your feet are higher than your hands, your shoulders and core have to work harder and that makes them stronger. However, this is a movement to avoid if you have a history of a shoulder injury or shoulder pain.

Focus on the Squeeze

Squeezing the muscles you’re holding isometrically will activate them more than passively holding a plank. When you exhale, squeeze your ab and glute muscles and pull your tummy in toward your spine. As you breathe out, relax your muscles, and keep repeating. Working muscles mindfully can lead to greater gains.

Another way to make standard and forearm planks harder is to wear a weight vest when you plank. Putting on a 10-pound weight vest will increase the challenge and lead to greater gains in strength and endurance.

Do Planks in Reverse

If standard and forearm planks are now routine, flip things around and do reverse planks. It’s a harder move to master but reverse planks will work your entire posterior chain, including your back muscles, glutes, and hamstrings. This is a particularly good variation for developing better posture and body alignment.

You can make planks more dynamic and give your shoulders and arms a workout by doing walking planks. To do this exercise, get into a standard plank position with arms extended. While holding this position, drop down, one arm at a time, to a forearm plank. Then, push back up, one arm at a time, into a standard plank with arms extended. Keep repeating.

Master the easiest plank versions first. Once you have those under your belt, up the challenge by adding more resistance, adding instability, elevating your feet, or tackling planks in reverse. The worst thing you can do is to get into plank rut where you only do standard planks and a few side planks. Keep your core guessing!

Can Core Exercises Improve Your Posture?