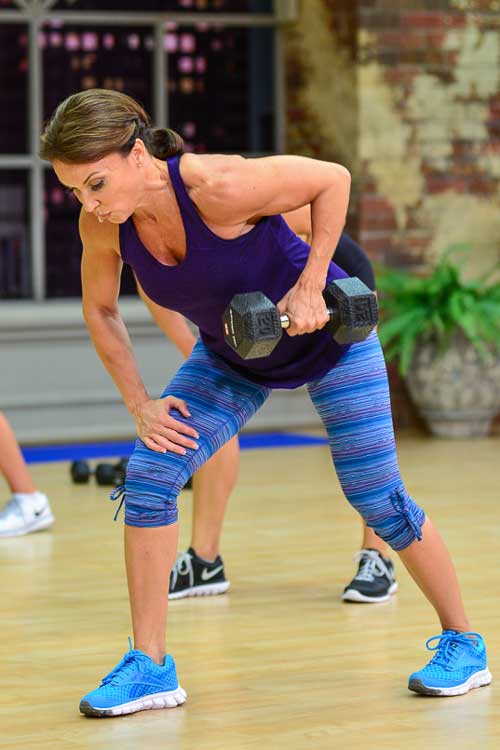 As you know, there are a variety of approaches to weight training. The line of attack that you take will depend upon your goals. If you’re trying to improve your level of conditioning without building muscle size or strength, you can use lighter weights and high reps with a circuit approach to meet your goals. However, if you’re trying to develop significant muscle size or strength, you’ll generally get better results if you lift heavier and reduce the number of reps.

What if muscle strength and size is your priority? When training for strength or size, you’ll often hear trainers say you should “lift to failure.” Other times, fitness gurus talk about the importance of thoroughly fatiguing the muscles you’re working. What’s the difference between muscle fatigue and muscle failure and which works best?

What It Means to Train to Failure

What does really it mean to lift to failure? It means you cannot complete another repletion with good form because the muscle is exhausted and incapable of generating another concentric contraction. For most people, muscle failure isn’t true failure. Most people feel like they can’t do another rep but their muscles are still capable of firing for another rep or two. In other words, what feels like failure isn’t always failure.

To reach true muscle failure, you often have to lift past the point where you think you can’t do another rep. With true failure, your muscle is biomechanically unable to contract. If you don’t reach this point, the muscle hasn’t completely failed. Reaching this point isn’t comfortable and it can even be painful. It’s not easy to eke out another rep when your brain is screaming at you to stop.

The Concept of Muscle Fatigue

Which Approach is Better?

With true muscle failure, you maximize muscle fiber recruitment and get the greatest degree of muscle stress and damage. Plus, research shows lifting to failure maximizes the release of lactic acid, a metabolite that facilitates growth.

No doubt, training to failure is a recipe for gaining strength and, potentially, for muscle growth – within the right context. What you don’t want is to work a muscle to failure every time you train. In fact, based on one study, lifting to failure too often can inhibit muscle growth. How so? Based on this study, regularly training to failure increases cortisol, a catabolic hormone released in response to stress. It also reduces anabolic hormones that promote growth, like IGF-1. It makes sense because training at this degree of intensity places an inordinate amount of stress on your body.

Should You Train to Failure?

Training to failure can help you gain strength and muscle size, as long as you do it in moderation. It’s not an approach you should use every time you train, especially if you’re lifting several times a week. Lifting to failure too often can actually limit muscle growth by increasing cortisol. Don’t forget your risk of injury is higher when you train this way as well. Your form will likely break down as you try to force a final rep. If you’re doing an exercise that requires more skill and where the risk of injury is higher, like deadlifts, the downsides of training to failure are even greater.

One approach to failure training is to push to failure on the final set of some exercises. Don’t do it every time you train but once or twice a week. Don’t go to failure on days that you’re lifting very heavy weights, 85% or greater of your one-rep max. A study showed participants who trained to failure with lighter weights, around 30% of their one-rep max, experienced a greater rise in markers of muscle protein synthesis than those who trained to failure using a weight that was 90% of their one-rep max. Of course, it takes a high number of reps to get muscle failure with such a light weight, making this a time-intensive way to work out. Take an intermediate approach and use a load that’s 60% to 75% of your one-rep max.

Also, training to failure is not a good strategy if you’re just starting out. Wait until you’ve lifted for a while and mastered your form before pushing yourself to the point of muscle failure. You don’t need to train to failure when you’re first starting out to achieve muscle growth and strength gains. It’s safer to add a few sets to failure after you’ve trained for a while or when you reach a plateau.

Keep in mind that you may think you’ve reached muscle failure but your muscles are still capable of doing another rep. When you truly reach muscle failure, the muscles you’re working may burn and shake from the sheer effort of completing the final rep. Don’t be surprised if your face contorts into a grimace and you have to resist the urge to moan. You may even have trouble moving the muscle for a minute or so after completing a set to failure. Training to true failure is brutal. That’s why you shouldn’t do it every session. After a session where you did some failure sets, those muscles will need a few days to recover.

Now, you know what true muscle failure is and how it differs from muscle fatigue. Once you’re more advanced, take a set or two to failure once or twice a week. Most people limit their growth and strength gains by sticking with a specified number of reps rather than taking it to failure. You can still make gains, particularly in the beginning, without taking sets to failure but doing, in moderation, may help you achieve greater gains.

How Density Training Can Enhance Your Fitness Level

Are There Drawbacks and Risks of Training to Failure?

What Does It Mean to Train to Failure and is It Necessary?

Do You Have to Lift to Failure to Build Lean Body Mass?

What Role Does Mechanical Tension Play in Muscle Hypertrophy?