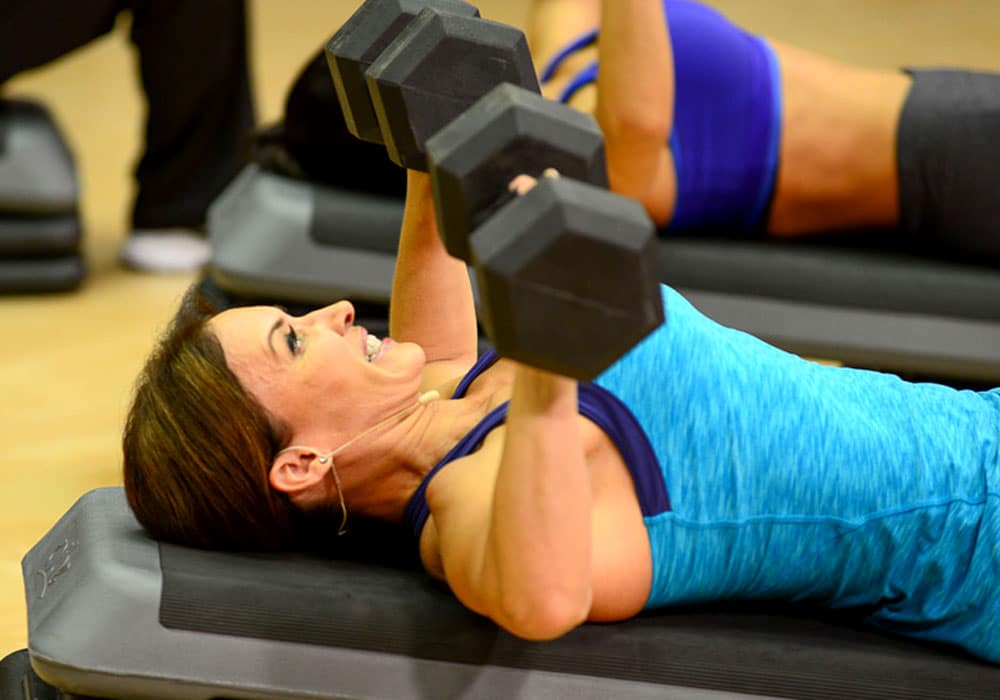 Whether people who strength train should train to failure is a contentious topic. Some bodybuilders and fitness experts believe you should work your muscles to momentary failure during some sets to maximize strength gains. No doubt, you have to force your muscles to work harder than they’re accustomed to if you want substantial strength and hypertrophy gains, but there are drawbacks to making training to failure a regular part of your workout. That’s what we’ll focus on in this article.

What Failure Training Is

What does it mean to train to failure? It’s taking a muscle to the point of temporary exhaustion. When you take a set to failure, the muscle is so spent that you can’t complete another rep using good form. If doing a rep is still possible, you haven’t reached muscle failure. With true failure, the muscle has used up its supply of ATP, the energy currency that fuels contraction, and lactic acid builds up in the muscle. The muscle needs from one to three minutes to flush out lactic acid and synthesis more ATP. In fact, more lactic acid builds up in muscle when you take a set to failure than when you don’t. Only after a temporary respite and removal of the some of the lactic acid from the muscle, can you again complete a contraction using the same resistance. However, if you grab a lighter weight, you could still do a few reps even if your muscles failed using a heavier weight.

How did the idea of failure training come about? The concept of training to muscle failure was popularized by Arthur Jones, the developer of Nautilus training principles. His belief was that you only need to complete a single set of each exercise, as long as you take that set to muscle failure. It sounds like a time-expedient way to train because using this approach greatly reduces training volume. But, for hypertrophy gains, training volume is still important.

Is training to failure more effective?  Some studies suggest that training to failure is a stronger stimulus for gains in strength and muscle size than simply fatiguing the muscle. Taking sets to failure creates more muscle damage and this can serve as a strong signal for muscle growth.  Plus, when you train until the muscle fails, you maximize the recruitment of fast-twitch muscle fibers, the type responsible for gains in strength and power. However, many of the studies that looked at this type of training didn’t control for the volume of training. In those that did control for volume, the results are inconsistent. Some show added benefits of training to failure while others don’t.

As mentioned, there are some potential drawbacks to training to failure. Let’s look at a few.

Training to Failure Too Frequently May Actually Interfere with Muscle Growth

At least one study suggests that training to failure too frequently may, in some cases, interfere with muscle hypertrophy gains. When you take sets to failure too often, it places stress on your body. This additional stress can trigger the release of cortisol, the so-called stress hormone that also has a catabolic effect on muscle tissue. Plus, training to failure frequently can reduce growth hormone release in response to exercise as well as IGF-1, a hormone produced by the liver with anabolic properties.

Yet another study showed that training to failure boosts levels of a protein called AMP, a substance that signals that a muscle cell is depleted of energy. An elevation in AMP turns off muscle protein synthesis to conserve energy, thereby impairing muscle repair and growth. That’s not what you want if you’re trying to gain muscle size. You want anabolic stimuli!

Training to Failure May Reduce Your Training Volume

We know that one of the factors that promote muscle hypertrophy is volume. Whereas lower volume and higher resistance are ideal for strength gains, moderate resistance and greater volume maximize muscle hypertrophy. When you train to failure, you limit the volume you can do as your muscles are exhausted from working to momentary failure.  Your nervous system can also become exhausted from training to failure too often. This central fatigue makes it harder to complete more training volume. Since building strength is less dependent on the volume you do and more on using a heavy resistance, training to failure may be more beneficial for building strength as opposed to hypertrophy gains where you need more volume.

The other problem with training to failure is doing it too often can lead to overtraining. Overworking your muscles or nervous system can manifest with physical aches and pains, injury, and mentally as anxiety, depression or reduced motivation. That’s why you don’t want to overdo it.

Guidelines for Training to Failure

The consensus is you don’t HAVE to train to failure for muscle growth. However, doing some sets to failure might be the stimulus your muscles need to break out of a plateau but don’t do it every time you train. If you work to failure during a given session, give your muscles longer recovery time. If you normally wait 48 hours to retrain that muscle group, extend the recovery time to 72 or more hours during sessions when you train to failure. Another tip is to work to failure only on the final set of a given exercise so it doesn’t reduce your total training volume.

If you do failure training, be particularly cognizant of nutrition and getting adequate sleep. Your muscles and nervous system need quality recovery time after being forced to work that hard.

Taking some sets to failure can help you blast through a strength plateau but use this training technique judiciously. It’s also not a technique you should use when you first start strength training. Build up a baseline level of strength and fitness before using techniques that place excessive amounts of stress on your muscles.

6 Ways to Burn More Calories When You Weight Train

What Does It Mean to Train to Failure and is It Necessary?