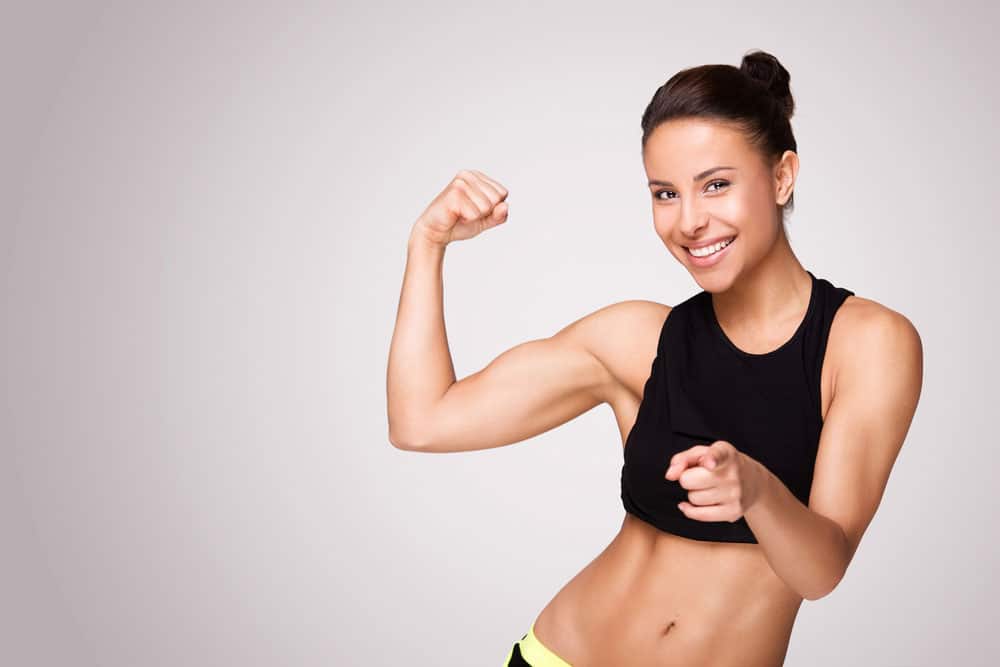 Of course, learning a skill that requires muscle coordination takes time. You probably took a few tumbles when you were learning to ride a bike and made lots of mistakes when you first started typing, but you improved over time as the connection between brain and muscles became stronger. With practice and repetition, certain pathways between brain and muscle became reinforced and it finally reached the point where bike riding became second nature to you. Now, when you ride a bike, you don’t have to stop and think how to balance or how to pedal, it comes naturally, thanks to deeply ingrained pathways.

Surprisingly, the same thing happens when you strength train for a period of time. It might take several months to become stronger when you train your muscles against resistance, but once the pathways are formed, they, too, persist to some degree even if you stop training for months. It’s not surprising when you consider that building strength involves creating new neural pathways between brain and muscle. You become stronger not just because your muscles grow in size but due to:

·       Decreased activation of antagonist muscles, those that oppose the agonists

The neural pathways, created through training, become ingrained enough that you retain them even after you stop training. The next time you pick up a pair of weights after a long break, it’s easier to recoup your mojo and regain strength. You’re not starting over as a newbie. It’s not clear how long muscle memory related to strength training actually lasts but thank goodness it does! It’s nice to know that even if you’re forced to stop training for months, you aren’t starting from scratch. Muscle memory makes your training life easier.

What a New Study Shows about Muscle Memory

You might wonder why you have muscle memory at all. According to a new study conducted by researchers at Keefe University in England, muscle memory happens at the level of your genes. As you know, genes are segments of DNA within the nucleus of cells. Genes code for proteins that regulate all aspects of physically functioning, from hormone production to muscle growth. We also know that cells can turn genes on or off by applying epigenetic signals, tiny tags that attach to a gene and tell it whether it should be active or quiescent.

What the scientists discovered is that when muscles grow, certain segments of DNA, a cell’s genetic information, get untagged during periods of muscle growth related to exercise. In more scientific terms, it becomes genetically modified and this modification changes the expression of genes involved in muscle growth.

In this case, the untagging switches on genes involved in muscle growth so that muscles become larger and stronger in response to training. Here’s the key. These genes stay off even after you stop training. When you start to train again after a break, the untagged genes quickly activate again to facilitate muscle growth. So, genes related to muscle growth become epigenetically modified in response to exercise. This modification primes them for growth and this modification persists even if you take a break and return to training again.

Epigenetic modification of genes also explains why a healthy lifestyle lowers the risk of health problems, even health conditions that run in the family. What you eat, physical activity, supplements, sleep habits, how you manage stress can epigenetically modify the expression of genes involved in disease causation. For example, you may be at high risk of heart disease based on the genes you inherited from your parents, but the healthy foods you eat and your high level of physical activity tags these genes and reduces or modifies their expression. That’s why lifestyle is so important. Now, it appears that epigenetics plays a role in muscle memory as well.

You might wonder whether muscle memory applies to everyone who has ever trained. Is it always easier to regain strength and muscle size the second time around? Factors like how long you stay away from training and how long you trained in the first place may impact muscle memory.

If you strength trained at age 20 and then stop and restart again in your 40’s, you probably won’t have the same degree of muscle memory as someone who stopped training for 6 months and then restarted. Studies suggest the longer you stay away, the longer it takes to get it back.

The length of time you trained is another factor. If you worked out for only a few weeks and then quit, you may not have built up the same degree of muscle memory as someone who trained for years. Yet, we know that muscle memory can be long-lasting. Even if the last time you rode a bike was as a child, your muscles probably still remember the pathways needed to take a spin. You might feel a little unsteady at first, but you quickly adapt and take a spin around the block.

Now, you have a better idea of how your muscles “remember” – and that’s a good thing. It’s good to know that if you ever have to take a long break due to injury or illness, the neural pathways you built through hard work and training persist, thanks to the power of epigenetics. It’s just a question of stimulating those pathways again. Once you’ve built a baseline level of fitness and strength, it really is easier to build strength the second time around.