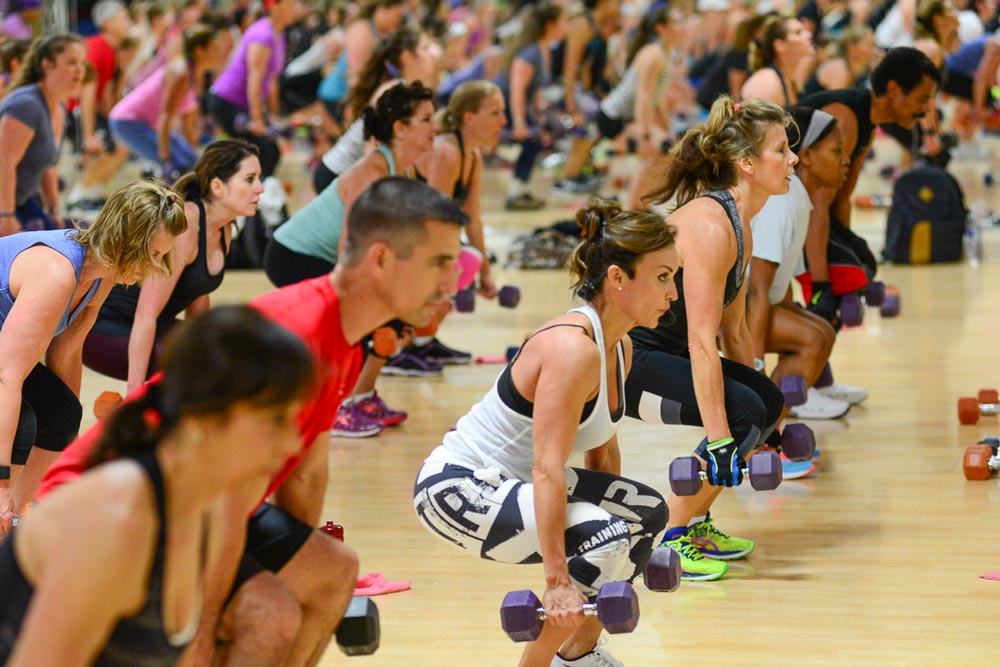 What doesn’t challenge you, doesn’t change you. How many times have you heard those words of wisdom? It’s true that a physical challenge, beyond what your body is accustomed to, is what transforms your physique and helps you become stronger. When you force your body to push beyond what it’s accustomed to, your body changes. But, you must do it incrementally. With bicep curls, for example, you may have started with 7 pounds in each hand, but just a few months later, you were curling 15-pound weights. This is progressive overload, the principle of gradually increasing the force you place on your muscles in a controlled way. Once the challenge lessens, you increase the weight, volume, or some other aspect of your training that forces your muscles to work harder.

There’s also the commonly held belief that you must lift heavy weights to increase the size of your muscles and that lifting light only improves muscle endurance, not muscle strength or size. However, some studies call this concept into question and challenge the notion that lifting heavy is necessary to change your physique, especially if you’re doing a higher volume of training. One of these studies was carried out by researchers at the McMaster University in Ontario, Canada.

In the McMaster study, researchers recruited 49 healthy, young men. The participants were all trained in the art and science of weight lifting and had been using heavy resistance for four years or more. The guys were divided into two groups and took part in a 12-weeks training program. One group lifted with a resistance of 90% of their one-rep max while the other used weights that were only 50% of their one-rep max. The latter group was essentially doing what we think of as a muscle endurance workout, lighter resistance, and higher reps. Both groups lifted to fatigue using their respective weights. As you might expect, those that followed the lift heavy weight plan could only complete about eight reps, but their lighter lifting counterparts did 25 or more reps to thoroughly fatigue their muscles. The men did no other exercise and ate a healthy diet combined with a 60-gram protein supplement twice daily.

You’re probably wondering if one group gained more muscle than the other. The results of a muscle biopsy showed both groups gained muscle size and the gains were similar between the two groups. Plus, when they measured the rate of muscle protein synthesis between the two groups, they were similar. That’s encouraging if you don’t like working with extremely heavy weights. Light lifting to fatigue still ramps up the synthesis of new proteins as effectively as heavy weights based on this study. Surprisingly, both groups became stronger as well. There’s a strong bias in the weight-lifting community that you can only get strong if you use a higher resistance, around 80% of one-rep max or higher. Yet, the participants who used a one-rep max of only 50% became stronger.

Vary the Resistance You Use

This study doesn’t suggest that you should drop the heavy weights and train only light. Instead, vary the resistance you use to challenge your muscles in different ways. You can do this by periodizing your workouts. Periodizing helps you avoid plateaus and overuse injuries as well.  If you lift at 90% of your one-rep max every time you work out, your muscles will take a beating. By varying the resistance you use, you keep your muscles from being overused and from adapting to the point that they stop growing. Such variations also reduce boredom and keep you challenged mentally. So, don’t get stuck in a rut!

Lighter lifting is also beneficial for older adults who might feel intimidated by using heavier weights. It’s even more important to lift weights after middle age to reduce sarcopenia, the age-related loss of muscle mass. Anything that makes weightlifting more approachable for older people is a positive. Plus, lighter weights and higher reps are ideal when you’re recovering from an injury and when you’re just starting out. Better to master the form with lighter weights than struggling with heavy ones and getting injured.

You can build muscle size without using heavy weights, as long as you’re working the muscles to fatigue. The drawback is you have to do more reps and that takes more time. Yet, we know that volume is important for muscle growth too. So, lift lighter and do higher volume sometimes, but shake things up a bit by lifting at a high percentage of your one-rep max as well. You’ll get the best of both worlds!

Can You Build Muscle Size Through Aerobic Exercise?