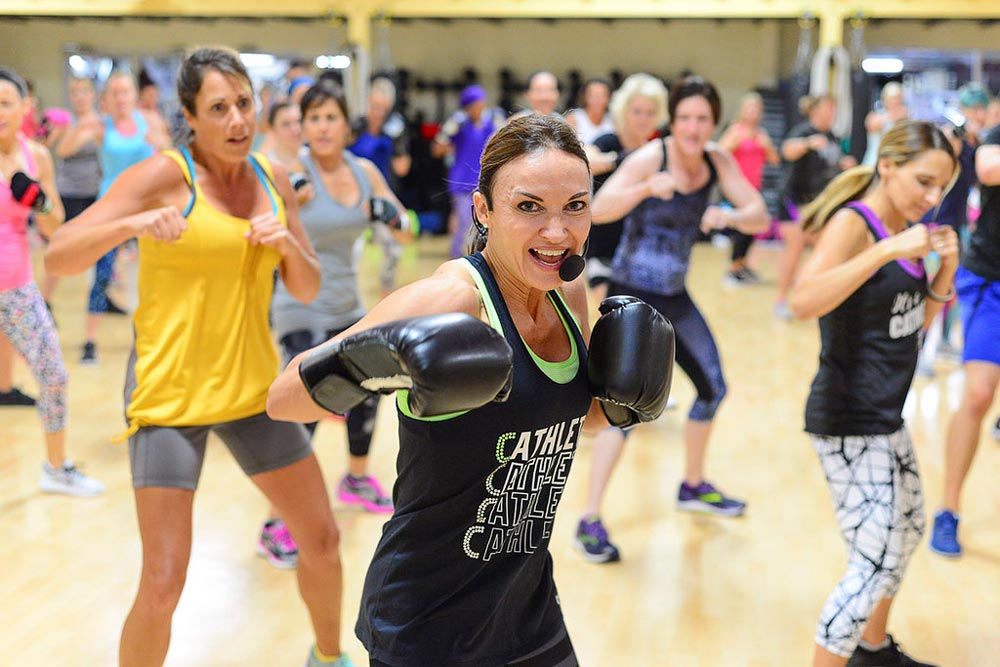 We do aerobic exercise mainly to improve our cardiovascular health and burn calories. But, when we want to build beautiful muscles, we grab a pair of weights, right? As a general rule, resistance training is the path to stronger muscles and a more defined physique. It’s also true that to build muscle, you should devote a higher proportion of your training time to working your muscles against resistance rather than doing hours of cardio. However, the line between the two forms of exercise isn’t as clear-cut as you might think.  In fact, according to some studies, exercise that we traditionally think of as cardio may actually boost muscle size. Still not convinced? Let’s see what science shows.

Can You Build Muscle with Aerobic Exercise?

We think of aerobic exercise, especially long periods of aerobic training, as catabolic. Catabolic activities, in contrast to anabolic, breaks down muscle tissue and thwart your efforts to build muscle. In contrast, resistance training is anabolic, meaning it creates conditions ripe for muscle hypertrophy. This assumes, of course, that you train using enough resistance and gradually increase the challenge on your muscles over time by using progressive overload. It also assumes that you consume enough calories and protein to support muscle growth.

But, could aerobic exercise also boost muscle size? A meta-analysis is a compilation of a number of studies. Researchers use meta-analyses to combine the results of several studies and form a more meaningful conclusion, as it’s hard to place a lot of faith in a single study.

In one meta-analysis, researchers looked at the impact aerobic exercise had on muscle size and made an interesting discovery. Participants who did aerobic exercise, in some studies, not only didn’t lose muscle size, they gained muscle mass. Most of the studies involved men and showed that, in some studies, guys who did 45 or more minutes of cardio 4 days a week boosted the size of their muscles without doing resistance training. The increases, of course, were in their lower extremities since these are the muscles you work when you do cardiovascular exercise.

So, can we conclude that taking brisk walks increases the size of our leg muscles? Not necessarily, especially if you’re doing it at a leisurely pace on flat ground. Exercise intensity appears to be a factor. The studies where participants made muscle gains were those in which they exercised at a higher intensity, 80% or more of their maximum calculated heart rate. In fact, muscle gains in those who did higher intensity cardio, and no other form of training, were as high as 5 to 6%.

Other research also shows that higher intensity aerobic exercise can modestly boost muscle size, mainly in untrained individuals. In fact, one study in untrained men and women found similar gains in muscle size after 12 weeks of aerobic training and resistance exercise. However, the gains are most pronounced in individuals who were just beginning training rather than seasoned athletes.

There’s another caveat. Any gains in muscle mass will likely plateau after several months of training in the absence of resistance exercise. In fact, long periods of cardio, especially low-intensity aerobic exercise, could, under certain conditions, interfere with muscle size, strength, and power gains by creating a catabolic effect. This would be most pronounced in people who don’t consume enough calories or protein.

You sometimes hear that too much cardio interferes with gains in strength, power, and size as the adaptations to cardiovascular exercise differs from adaptations to resistance training. This is the widely debated idea that concurrent training, performing two opposing forms of training (cardio and resistance) creates an interference effect that limits muscle growth. It’s primarily moderate-intensity cardio, cardio you do for long periods of time, that could potentially lead to muscle loss. Even then, whether you lose muscle depends on your nutritional status.

If you cut calories and carbs and don’t get enough protein, your body will turn more to muscle tissue as a back-up fuel source and your muscle size will suffer. However, if you consume enough calories and protein and do a higher ratio of resistance training to cardio, you likely won’t experience muscle loss if you do cardiovascular exercise. Consider doing cardio on days you aren’t resistance training or do resistance training first, so your muscles won’t be fatigued when you weight train and fatigue won’t limit how much you can lift.

And, as this study suggests, if you’re doing high-intensity exercise, such as sprinting, plyometric moves, or power movements that also get your heart rate up, you can boost muscle size while conditioning your heart at the same time. Remember, even moderate-intensity cardiovascular exercise can indirectly benefit your resistance training workouts. Moderate-intensity cardio enhances the number and activity of mitochondria inside muscle cells and boosts capillary growth to muscles. This boosts the delivery of oxygen and nutrients to the muscles and aids in the elimination of lactic acid. Also, your conditioning another important muscle, your heart. That’s a muscle we don’t want to ignore, not just for overall fitness, but for health.

Studies show there are additional benefits to concurrent training, making time for both resistance training and cardiovascular exercise. Doing both, based on research, leads to greater fat loss than doing either alone. If you’re trying to shed body fat, including both in your routine will likely work best. Keep in mind, that shorter periods of high-intensity exercise that boosts your heart rate, like HIIT training, may further limit muscle loss while still training your cardiovascular system.

It’s not just resistance training that builds muscle, high-intensity cardio can potentially boost muscle size as well. But, don’t depend on cardio alone to improve your body composition. It primarily works for the muscles in your lower body and you need more focused training that targets your upper body and core as well.

Men’s Fitness. “Believe It or Not, Cardio Builds Muscle”
Science and Development of Muscle Hypertrophy. Brad Schoenfeld. Human Kinetics. 2016.
International Sports Sciences Association. “Do Cardio and Strength Training Actually Work Against Each Other?”
Journal of Strength and Conditioning Research, 26(8), 2293-2307.