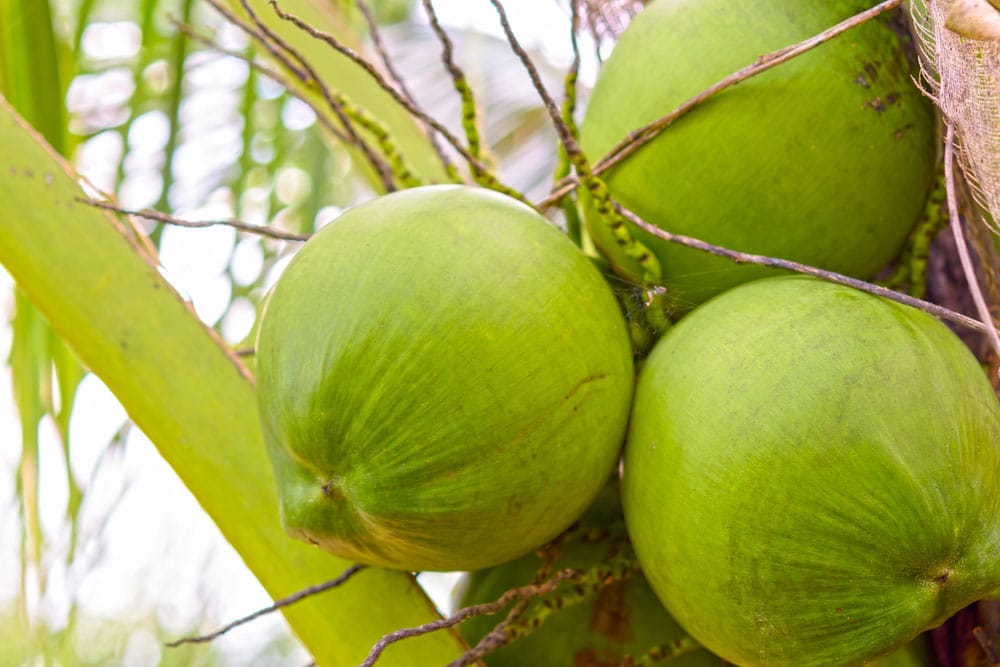 Coconut water is enjoying a wave of popularity among athletes and the public alike. No doubt, hydration is important, especially when you work out in the heat, especially since more than 70% of the human body is water. Plus, you lose water and electrolytes at a faster rate during exercise, particularly when the exercise is intense, or it’s hot. In fact, athletes lose between 27 and 47 ounces of water per hour during a workout. Unless you replace the lost fluid, you’ll still be in the dehydrated state after exercise. Even mild dehydration can cause fatigue, brain fog, and a mild headache.

It’s common for people to grab a bottle of plain water and sip it before, during, or after exercise. That works if you’re exercising for less than 75 minutes or less than an hour if the exercise is intense. But if you’re exercising for prolonged periods of time, say running a half-marathon or a marathon, it’s safer to grab a hydration beverage that replenishes electrolytes too. During prolonged exercise, you can lose a substantial quantity of electrolytes, including sodium, potassium, and chloride. In fact, some marathoners have developed a life-threatening low sodium level from rehydrating with plain water during prolonged exercise. When you drink plain water, you replace fluid but not sodium.

For longer periods of exercise, you could grab an electrolyte-rich sports drink, but more people are looking for a natural hydration beverage, and coconut water is an electrolyte-containing fluid. Coconut water would seem to fit the bill. If you open up a young, green coconut, the clear liquid would come pouring out. This liquid is coconut water, not to be confused with the thicker, creamier coconut milk that comes from a coconut. Coconut water contains varying amounts of electrolytes. In fact, it was popular as an intravenous fluid during WWII when IV saline wasn’t available. So, it’s not surprising that, due to its similarity to the fluid in our bodies, it might gain popularity as a natural alternative to sports drinks.

Another study also confirmed coconut water’s benefits for rehydration during and after exercise. All in all, it seems to have similar rehydration benefits to a commercial sports drink, yet people tend to develop less nausea and bloating when they drink it.

Other Potential Benefits of Coconut Water

You also sometimes hear that coconut water improves sports performance. One study found that drinking coconut water before exercise delayed the onset of exhaustion when subjects cycled in a warm environment. However, another study among recreational cyclists found no differences in performance, how hard the workout felt, hydration measures, or rates of sweating when the participants drank coconut water or plain water during an hour-long cycling session.

Although it’s rare, drinking excessive amounts of coconut water could have serious side effects. A medical journal discussed the case of a tennis player who consumed eight 11-ounce bottles of coconut water after playing tennis for nine hours in the hot sun. He went on to develop fatigue, lightheadedness and eventually collapsed after developing a drop in blood pressure and irregular heart rhythm. The overzealous tennis player developed a dangerous potassium overload. These unfortunate symptoms weren’t caused only by the coconut water. Nine hours of exercise led to rhabdomyolysis, exercise-induced muscle damage and breakdown. The muscle damage contributed to the higher potassium load, along with the coconut water. Fortunately, the guy eventually recovered.

It would be unlikely that the average person could drink enough coconut water to develop a dangerously high potassium level, but if you have mild loss of kidney function, your kidneys might not clear the potassium as quickly and it could build up to a dangerous level. Also, some types of potassium-sparing diuretics used to treat high blood pressure can cause a build-up of potassium. If you’re taking a potassium-sparing diuretic, it wouldn’t be smart to drink container after container of coconut water. But you wouldn’t want to drink too much electrolyte-rich sports beverages either.