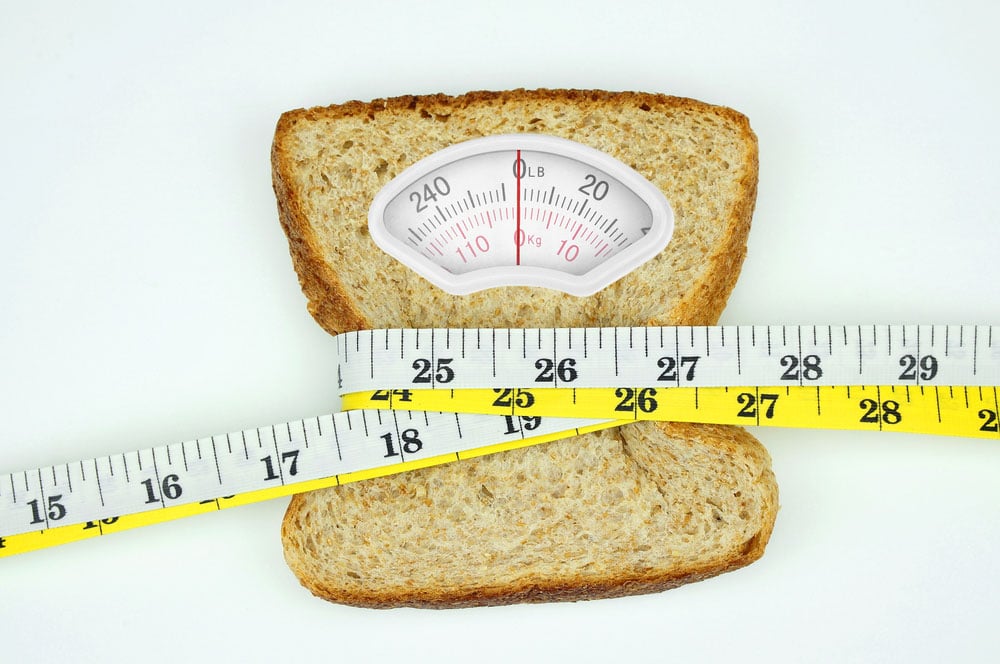 Gluten-free diets have skyrocketed in popularity recently, not just among people who can’t tolerate gluten for medical reasons, but for people trying to lose weight. A small percentage of the population, about 1%, suffers from a condition called celiac disease, an inflammatory disease caused by an overreaction to certain proteins in wheat, rye, and barley, particularly gluten. People with this condition must avoid even traces of gluten for health reasons.

Recent studies also suggest that around 10% of the population may be gluten sensitive, meaning they develop a variety of symptoms when they consume gluten-containing foods, yet they don’t have evidence of celiac disease. This is referred to as non-celiac gluten sensitivity. To avoid the unpleasant symptoms associated with non-celiac gluten intolerance, they, too, should avoid gluten.

These days, however, it’s not just people with celiac and those who are gluten sensitive who are following gluten-free diets. In fact, going gluten-free is trendy and the number of packaged gluten-free products on the market has rapidly risen in response. One reason, people turn to gluten-free diets is to help them lose weight. Some people claim that a diet free of gluten DID help them shed unwanted pounds – but is there scientific evidence to support this idea?

How did the idea that gluten-free diets help with weight loss gain traction? It may have started in 2013 after a study carried out on obese mice yielded surprising results. This study found that when the mice consumed gluten, they gained weight. Yet, we know that human beings aren’t rodents and what works for a mouse doesn’t always hold up under scrutiny when applied to humans. Still, the idea that gluten might contribute to weight gain grew a following.

What the study found was that the mice that consumed gluten experienced more weight gain over an 8- week period than mice that ate a gluten-free diet. The rodents that consumed gluten also gained up to 25% more visceral and subcutaneous fat relative to the mice that didn’t consume gluten. The gluten-eating mice also showed an increase in inflammatory markers in their fat tissue, suggesting that gluten may trigger inflammation as well.

Although gluten didn’t appear to increase appetite or reduce satiety, the gluten-fed mice also experienced a decrease in resting energy expenditure with a reduction in brown fat activity. Brown fat, unlike white fat, is metabolically active and increases resting metabolic rate when it’s active. So, if gluten suppresses brown fat activity, it could lead to weight gain.

If mice were similar to humans, you might be tempted to ditch gluten based on these results, right? Unfortunately, this hasn’t been studied in humans. The other problem with the study is that the mice ate large quantities of gluten. In fact, gluten made up 4.5% of their diet. That’s more than most humans, even those who aren’t limiting gluten, eat on a regular basis. So, it’s hard to apply these findings to humans.

Why Do Some People Lose Weight When They Go Gluten-Free Diets?

You’ve probably heard people say they lost weight when they eliminated gluten from their diet. If there isn’t evidence that gluten-free diets lead to weight loss, why might this be? For one, going gluten-free leads to significant dietary changes. As a result, you’re more focused on what you eat and eat more mindfully. In response, you may consume fewer calories overall even if you’re not consciously trying to lower your calorie intake. Plus, some of the junk food you normally would have eaten is now off limits because it’s not gluten-free. Hopefully, when you eliminate gluten, you also choose more nutrient-dense fruits and vegetables and these foods can help with weight control as well. So, benefits that you get from gluten-free diets may have less to do with getting gluten out of your diet and more to do with eating more mindfully.

The perception exists that gluten-free diets are healthier overall, irrespective of weight control. Don’t forget that whole food sources of gluten, like some whole grains, are a good source of fiber. Going gluten-free, unless you’re eating lots of fiber-rich fruits and vegetables, could mean falling short of this dietary component. The other trap that some gluten-free dieters fall into is eating gluten-free packaged foods.

In response to the growing gluten-free trends and increased demand, companies are putting out processed, packaged foods that labeled gluten-free in abundance. Unfortunately, consumers tend to see gluten-free as being healthier, regardless of how many grams of sugar it has or whether it contains unhealthy oils. You CAN eat a healthy, gluten-free diet but it means choosing whole food sources that are gluten-free, like nuts, fruits, vegetables, and lean protein sources but it’s easy to get sucked into gluten-free diets, packaged convenience foods that are low in fiber and high in sugar when you have limited time to cook.

In addition, many packaged gluten-free products are made with potato or rice flour and contain fillers. In a study carried out at the University of Chicago, researchers found that gluten-free participants in a study had higher levels of mercury and arsenic in their blood and urine. With regard to arsenic, their levels were twice as high. This isn’t surprising since rice flour contains higher levels of toxic metals, particularly arsenic. So, eating a diet rich in gluten-free packaged foods may have other health liabilities. This should also send a strong message to people who have to eat gluten-free diets due to celiac disease that it’s best to limit packaged foods and stick with whole foods that are naturally free of gluten.

There’s no compelling evidence, other than in mice, that gluten contributes to weight gain or that eating a gluten-free diet helps with weight loss. If you need to avoid gluten because you have celiac disease or are gluten sensitive, stick to gluten-free whole foods rather than packaged products that are highly processed and aren’t always healthy.

How to Eat Healthy on a Gluten-Free Diet