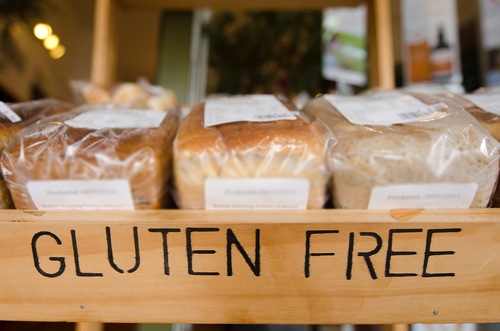 Gluten free has become the new buzzword. Whether it’s a trend or fad, the gluten free movement is growing. People who have celiac disease follow a gluten free diet to avoid intestinal inflammation, a reaction to gluten in some whole grain foods like wheat, rye and barley. This inflammation causes intestinal damage and interferes with the absorption of nutrients. People with celiac disease experience unpleasant symptoms like abdominal bloating, cramping, diarrhea, fatigue and a host of other problems. In addition, a growing number of people who don’t have celiac disease are choosing to go gluten free. Why? Because they believe it will make them feel better or help them lose weight.

For some people, a diet that’s free of gluten isn’t a choice – it’s a necessity. If you’ve been diagnosed with celiac disease, following a gluten free diet is a “must” to control intestinal inflammation. Why do people who don’t have celiac disease go gluten free? One reason is they believe it will help them lose weight.

If you’re adopting a gluten free diet because you have intestinal issues like bloating, cramping and diarrhea – don’t get started before getting tested for celiac disease. If you start a gluten free diet and stay on it for any period of time, it can be difficult to make the diagnosis.

If celiac testing is negative, eliminate all gluten from your diet for two weeks and see if your symptoms improve. If so, you may be gluten sensitive and benefit from eating a gluten free diet longer term.

A number of gluten free packaged foods are flooding the market in response to the growing demand for gluten free options. Just because they’re free of gluten doesn’t mean they’re healthy. These products may be highly processed and lacking in fiber. The healthiest way to avoid gluten is to eat more whole foods, foods that are naturally free of gluten like fruits, vegetables, nuts and lean sources of protein. gluten freee cookie usually has just as much sugar as a standard cookie. Many people still make the mistake of assuming packaged products without gluten are inherently healthier. They aren’t. In addition, they’re more expensive.

A gluten free diet won’t necessarily help you lose weight. It really depends on the choices you make. If you replace foods that contain gluten with whole foods like fruits and vegetables, you may successfully lose weight. On the other hand, if you replace them with gluten free packaged foods, you probably won’t experience much success. Most of these products are made with refined flour and have added sugar.

If you have celiac disease and start a gluten freee diet you may experience weight GAIN as you repair some of the intestinal damage that caused nutrient malabsorption. There’s nothing magical about a gluten free diet when it comes to weight loss. gluten free diets can be low in fiber, making them less filling so you may end up eating more. They can also be deficient in certain vitamins and minerals including iron, zinc, calcium and some B vitamins. When you give up gluten you may also be reducing fiber and other nutrients in your diet.

If you have celiac disease, a gluten free diet is a no-brainer. If you don’t but feel like you may be “sensitive,” eliminate gluten from your diet for two weeks and see if your symptoms improve. If they do, eliminating gluten from your diet is a good idea but don’t do it without being tested for celiac first and don’t do it because you think it’s inherently healthier or good for weight loss. There’s no evidence that it is.

How to Know if You Have Gluten Intolerance

Is Gluten Intolerance and Wheat Allergy the Same Thing?

One thought on “3 Mistakes People Make When Going Gluten Free”