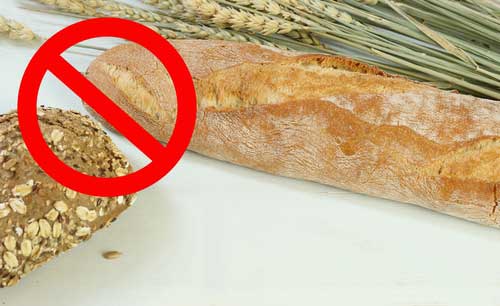 Diet trends come and go and one that’s been strong recently is avoiding gluten. Gluten refers to a number of proteins, including gliadin and glutenin, found in wheat. It’s gluten that gives baked wheat products a chewy texture and causes bread to rise.  Gluten is often part of other cereal grains as well — including rye, barley, and various crossbreeds.

About three million Americans suffer from celiac disease, an autoimmune condition associated with inflammation and damage to the small intestines when an affected person eats foods containing gluten. For health reasons, people with celiac disease must avoid even small amounts of gluten since even tiny amounts can trigger intestinal inflammation. To accomplish this requires major dietary changes since gluten is hiding in so many foods you buy at the grocery store, even those you wouldn’t suspect.

Yes, going gluten-free is a must for folks with celiac, but there are a significant number of people without celiac disease who believe they are sensitive to gluten in food. People who fall into this category are said to be gluten sensitive and to have non-celiac gluten sensitivity. Unlike celiac disease which you can test for using a blood test, there is no test for gluten sensitivity. It’s a diagnosis based on symptoms – intolerance of gluten-containing foods that improve once you eliminate dietary gluten.

Since non-celiac gluten sensitivity has become so widely publicized, more and more people are jumping on the gluten-free bandwagon by taking gluten out of their diet. Proponents of a gluten-free diet claim eliminating gluten offers benefits like increased energy, better digestive health, and weight loss. True to form, some people on a gluten-free diet say they feel better – but are the benefits real and is gluten sensitivity as common as people claim?

With so many gluten-free devotees claiming they feel better, you might expect gluten sensitivity to be common. A study carried out at the University of L’Aquila in Italy questions this idea. In this study, researchers asked 392 people who believed they were sensitive to gluten to take part in a study. After eating a diet containing gluten for several months, researchers evaluated the subjects to see if they had celiac disease or were allergic to wheat. The participants then ate a gluten-free diet for 6 months.

After 6 months of no gluten, researchers asked the participants to reintroduce gluten back into their diet, assuming they didn’t test positive for celiac disease or wheat allergy. After re-starting gluten again, researchers found, 93% of the participants, excluding those with celiac or wheat allergy who thought they were sensitive to gluten, were not.

What does this mean? It means more people think they’re gluten sensitive than actually are. This doesn’t mean gluten sensitivity doesn’t exist. More doctors are realizing you don’t have to have celiac disease to experience symptoms when you eat foods containing gluten. Still, a growing number of people blame digestive and non-digestive symptoms like feeling tired and weight gain on dietary gluten, thanks to how much publicity gluten-free is getting.

Are they casting blame in the wrong direction? The only way to really know whether you’re sensitive to gluten is to avoid all gluten-containing foods for three months and see if your symptoms improve. Once you reintroduce gluten to your diet, monitor to see if the symptoms return. Before doing this, it’s important to get tested for celiac disease and wheat allergy before going on a gluten-free diet. If your symptoms do improve without gluten and return when you add foods containing it back into your diet, you have your answer. Don’t be too quick to self-diagnose yourself with gluten sensitivity without seeing how you respond to a gluten-free diet.

Gluten isn’t the only dietary component that can cause digestive symptoms similar to those people with gluten sensitivity experience. A class of carbohydrates called FODMAPs causes, in some people, many of the same digestive symptoms as gluten sensitivity, such as bloating, gas, diarrhea, and cramping, as gluten. FODMAPs include fructose (found in fruit and processed foods sweetened with high-fructose corn syrup), lactose (present in dairy products), galactans (in beans, legumes, and some vegetables), fructans (in wheat, garlic, and artichokes), and polyols (found in some fruits and in sugar alcohols).

In a study published in the journal Gastroenterology, participants with non-celiac gluten sensitivity all improved on a diet low in FODMAPS, while only 8% reacted specifically to gluten. The real culprit behind some cases of “gluten sensitivity” is an intolerance to FODMAPs, carbohydrates that are difficult to digest and found in some gluten-containing foods such as wheat. The treatment, of course, is to eat a diet low in FODMAPs. After eating a low FODMAP diet, gradually reintroduce some foods containing FODMAPs and monitor your symptoms. You may not be sensitive to all FODMAPs and reintroducing them into your diet incrementally will allow you to see what FODMAPs you can and can’t tolerate. Even people who are FODMAP intolerant can often tolerate some FODMAP containing foods.

If you have digestive symptoms or food intolerances, find out what’s going on. First, make sure you don’t have celiac disease or a wheat allergy. Once you’ve ruled celiac out with a blood test, try a gluten-free diet and see if your symptoms improve and then worsen when you add gluten back in. If doing this isn’t revealing, try a low-FODMAP diet. If you fail to improve after eliminating gluten and FODMAPs, there may be another cause for your digestive symptoms unrelated to gluten or FODMAPs.

Why not just go gluten-free? Completely eliminating gluten from your diet is a major commitment since gluten is in sources you might not expect, including many packaged foods like sauces and soup mixes. Even some supplements contain gluten. It’s hard to completely avoid. Plus, a gluten-free diet is often low in fiber. Gluten-free packages also frequently contain additional fat and sugar to add texture in the absence of gluten.

Even FODMAPS may have some health benefits. Fructans in wheat act as a prebiotic, supporting the health of gut-friendly, probiotic bacteria. If you’re not intolerant to foods containing these ingredients, there’s very little evidence that you need to eliminate them from your diet.

Right now, going gluten-free is all the rage and a trend that may ultimately turn out to be a fad. Don’t jump on it thinking going gluten-free will offer benefits if you’re not intolerant of it. Whole grains that contain gluten are a good source of vitamins, minerals, and antioxidants you’ll miss out on. If you are gluten sensitive and need to avoid gluten-containing foods, stick with gluten-free whole foods rather than packaged, gluten-free products that are often high in sugar and fat.

Is There a Test for Gluten-Sensitivity?

Is Gluten Intolerance and Wheat Allergy the Same Thing?