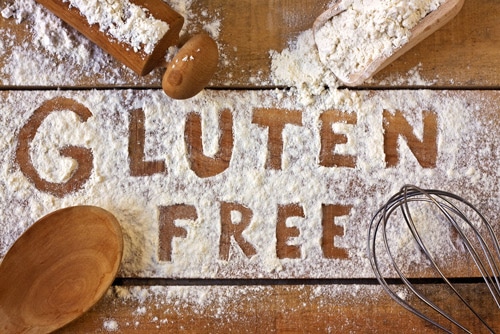 Gluten-free diets have skyrocketed in popularity in the past decade with almost one in four Americans now practicing a gluten-free diet. How can you explain this surge? We now know that gluten sensitivity can affect people who don’t have celiac disease. These people experience digestive and sometimes systemic symptoms that improve or disappear when they adopt a gluten-free diet. Gluten sensitivity typically doesn’t cause the intestinal damage that celiac disease does.

It’s imperative that people with celiac disease go completely gluten-free. Unlike gluten sensitivity, celiac disease is an inflammatory condition where the immune system reacts to proteins in wheat, rye, and barley. It’s a disease that impacts around 1% of the population, although some experts believe the incidence is higher. The immune reaction that characterizes celiac disease typically damages the small intestinal tract, leading to weight loss, diarrhea, bloating, and abdominal pain. About half of people with celiac disease have other symptoms, such as fatigue, anemia, joint pain, infertility, or symptoms related to the nervous system.

Gluten-free diets are growing in popularity even in healthy people, based on the idea that a gluten-free diet helps with weight loss and improves health in general. A trip to any grocery store will reveal a wide selection of gluten-free packaged products and mixes you can use at home to make your own gluten-free foods. If you have celiac disease or non-celiac gluten sensitivity, you must avoid gluten, but going gluten-free because you think it’s healthier may not be warranted. Here’s why.

According to a study published in the journal Epidemiology, a gluten-free diet may expose you to higher levels of heavy metals, mainly mercury and arsenic. These metals are found in the environment but when they make their way into the human body, they bind to proteins and interfere with the way these proteins function. Research has linked exposure to heavy metals, like mercury and arsenic, with a greater risk of cardiovascular disease and inflammatory, neurological diseases.

As part of the study, researchers analyzed the urine and blood of more than 7,000 participants participating in the National Health and Nutrition Examination Survey. When they examined the blood and urine of those consuming a gluten-free diet, they discovered arsenic levels were up to two times higher relative to those who consumed a diet containing gluten. Mercury levels were also significantly higher.

How can you explain these findings? Gluten-free food manufacturers must use gluten-free flour. Gluten is a group of proteins, including gliadin and glutenin, that trigger an inflammatory response in people with celiac disease. The flour that most gluten-free manufacturers add to their products is rice flour. Previous studies have found high levels of arsenic in rice, including brown rice. Rice is a crop that easily absorbs metals from soil and fertilizer and holds on to them, and when you eat contaminated rice, you absorb these metals. Other foods that commonly contain arsenic include fruit juice, especially apple juice, and wine. In a study carried out by Consumer Reports, 10% of apple juice samples contain higher than allowable levels of arsenic.

The presence of arsenic in rice is concerning enough that the FDA recommends that parents limit the amount of rice cereal they feed to kids. As you might expect, children are more sensitive to arsenic because of their smaller size. Arsenic comes in two forms, organic and inorganic. Of the two, inorganic arsenic carries greater health risk. Unfortunately, buying organic offers no protection since arsenic is in the soil. The amount of arsenic in rice depends upon where the crop was grown, although brown rice tends to have higher levels than white rice.

If you buy commercial gluten-free products, you may absorb higher levels of these two metals. Gluten-free diets aren’t necessarily unhealthy but gluten-free packaged foods can be since they use gluten substitutes, like rice flour, that absorb arsenic. Also, if you eat large quantities of rice, bake with rice flour, drink rice milk, or sweeten things with rice syrup, you could be taking in arsenic.

If you’re going gluten-free because you think it’s healthier, it might be time to rethink this. Packaged gluten-free products often contain less fiber and more sugar. Some packaged, gluten-free items use potato flour instead of rice flour. Although potato flour isn’t known to be high in arsenic, it is relatively high in rapidly absorbed carbohydrates.

What if you must eat a gluten-free diet because you have celiac disease or are sensitive to gluten? Stick as closely as possible to a whole food, gluten-free eating plan. Shop the perimeter of the grocery store and avoid packaged items that might contain rice flour. Fruits, vegetables, nuts, healthy fats, and lean protein should make up the bulk of your gluten-free diet. If you crave something baked, try making it at home using gluten-free flour, like almond, coconut, or flaxseed flour. These flours are also lower in carbohydrates.

To lower your exposure to arsenic, avoid using gluten-free packaged products and reduce the amount of rice, rice flour, and rice syrup in your diet. If you have to be on a gluten-free diet, build it around whole foods. Also, if you’re gluten free because you assume it’s healthier and you don’t have celiac disease or non-celiac gluten sensitivity, rethink it. If you don’t notice a difference when you give up gluten, you probably don’t need to go to the extreme of giving up gluten entirely.

Is There a Test for Gluten-Sensitivity?

How to Eat Healthy on a Gluten-Free Diet

Food Labeling: What Do Those Supermarket Labels Really Mean?

One thought on “Is a Gluten-Free Diet Toxic?”