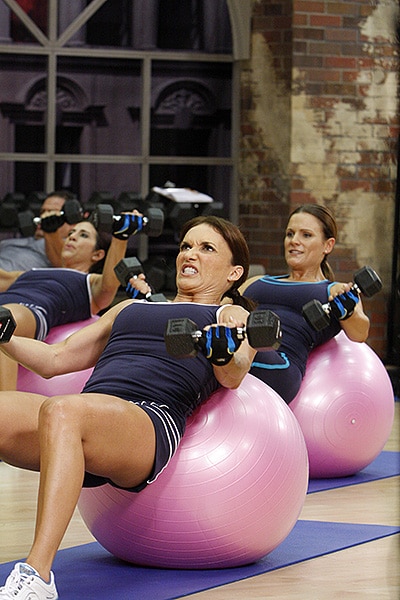 Exercise puts a significant amount of stress on your body, so it’s not surprising that a number of physiological changes take place during and after a workout. Levels of hormones like growth hormone, testosterone, norepinephrine, epinephrine, and cortisol go up in response to exercise to varying degrees depending upon the intensity – but that’s not the only one. There’s another novel hormone released in response to exercise that researchers are only beginning to study and understand. This hormone called irisin has been dubbed “the exercise hormone.” This hormone may be linked with some of the benefits of exercise such as the after-burn effect of a high-intensity workout.

Irisin, named after the Greek goddess Iris, is a hormone discovered by a team of researchers from Harvard Medical School. They found in mice that irisin is released from muscle cells during exercise. At least in mice, this novel hormone has the benefit of converting white fat into metabolically-active brown fat. Why is this important?

There are two types of fat. The common type of fat you’re able to pinch between your fingers is called white fat. White fat essentially serves as a storage vehicle for energy that your body can tap into when energy stores are low. The other type of fat, dubbed brown fat, because it has a greater number of mitochondria, is metabolically-active fat that requires oxygen and uses energy to maintain body temperature when it’s cold.

Brown fat is most active during infancy when it’s used to keep a baby warm, but most adults still have some quiescent brown fat in their upper body around their clavicles that can be activated under certain circumstances. What circumstances? There’s some evidence it can be turned back on with exposure to cold temperatures or exercise. For obvious reasons, most body weight conscious people would like to activate the brown fat they have or get more of this energy-generating fat. Some experts speculate that thin people who consume lots of calories without gaining weight have more active brown fat.

Does Irisin Explain the After-Burn Effects of Exercise?

You’re probably already familiar with the concept of after-burn, the increase in energy expenditure that continues for hours after an intense workout as your body burns more energy to help it return to equilibrium. Some researchers like Bruce Spiegelman, a biologist at the Dana-Farber Cancer Institute, believe that irisin could be at least partially responsible for this boost in energy expenditure that occurs after intense exercise.

Do Humans Produce Irisin During Exercise?

Irisin is actively released by muscle cells in mice. In fact, irisin levels are still elevated in mice after 12 hours of rest – but what about humans? Research published in the journal Metabolism showed that irisin rises in humans after intense exercise like sprinting and is increased as muscle ATP levels drop. Therefore, it may be released as energy muscle stores dwindle. Irisin has other benefits too. It increases insulin sensitivity in much the same way exercise does. Therefore it might potentially be used to treat people with metabolic syndrome or who are obese and unable to exercise. It also causes modest weight loss in mice, possibly related to its ability to increase brown fat activity.

Irisin is a new and novel hormone that may account for some of the health benefits of exercise such as the after-burn effect, weight loss, and the protection exercise offers against metabolic syndrome and type 2 diabetes. Research is in its early stages, but irisin may one day be a hormone you can add to the list of hormones like growth hormone and testosterone that help you build a better physique.

Medscape.com. “Brown Fat and Obesity: The Next Big Thing?”

The Exercise Hormone – but is There Such a Thing?