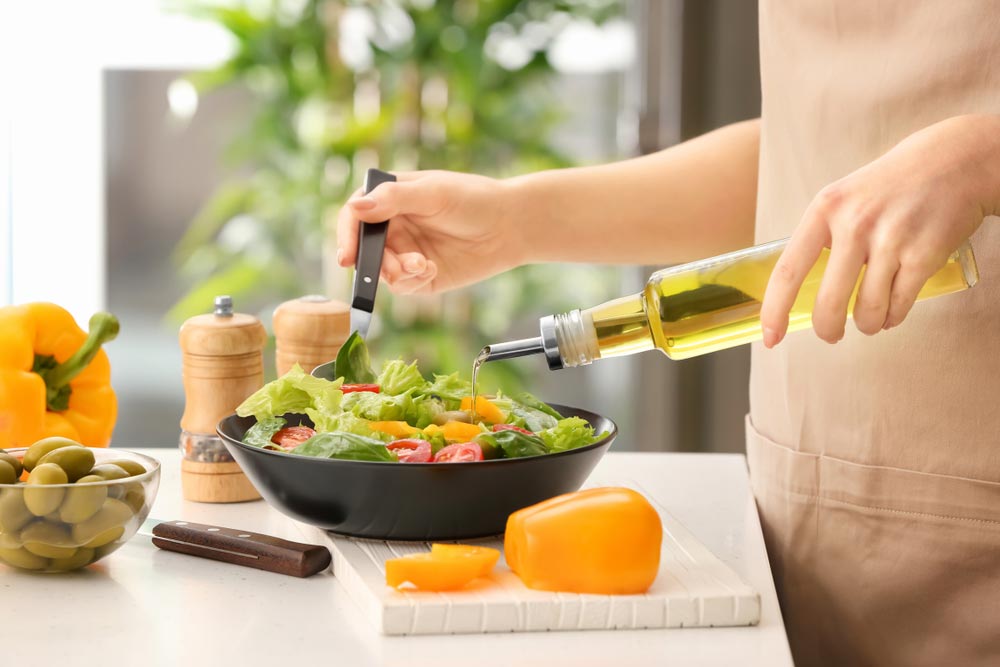 Brain health is tantamount to living a healthy, productive life. Fortunately, you have some control over how quickly your brain ages. In fact, lifestyle is closely tied to brain health. Studies show that lifestyle habits like exercise and eating a healthy diet can delay brain aging. At the other end of the spectrum, unhealthy habits like smoking, alcohol, and drug abuse are damaging to the brain. There’s also some evidence that a diet high in sugar and refined carbs is harmful to brain health. We know that people with type 2 diabetes are more at risk of developing dementia. That’s partially because high circulating levels of glucose are damaging to blood vessels, including those in the brain.

All in all, the totality of your diet matters more than eating a specific food or group of foods. However, a recent study published in the journal Neurology suggests that three groups of foods, in particular, are linked with better performance on cognitive tests and measures of brain health.

There are lots of reasons to eat fruits and vegetables. Being a rich source of phytonutrients with anti-inflammatory activity, it’s not surprising that produce is linked with a lower risk of certain health problems, particularly cardiovascular disease. But, there’s more good news. Eating fruits and vegetables may give you a cognitive edge as well.  Makes sense, doesn’t it? What’s healthy for your heart is also good for your brain.

A recent study looked at this issue. For the study, researchers at the Harvard T.H. Chan School of Public Health in Boston looked at the link between diet and brain aging in men. Researchers questioned 27,842 men about their dietary habits. The men also underwent cognitive testing to test their memory skills a few years before the study ended. What makes this study unique is it followed the men for 20 years to determine their outcomes. Although it’s a correlational study, the length of the study adds to its strength.

At the start of the study, the men were in their early 50’s, on average, but by the end of the study, they were in their early 70’s. The men answered food questionnaires about their dietary habits every 4 years over the course of the study. The researchers divided the participants into groups based on how many servings of fruits and vegetables they ate daily. The men in the study who consumed the most vegetables ate around 6 servings daily while the lowest group ate only about 2 servings daily. For fruit, high consumption was around 3 servings daily compared to only a half serving daily for the lower consumers.

The results? They found that the men who ate the most vegetables had a 34% lower risk of developing a significant decline in cognitive dysfunction. The link between eating fruit and better cognitive function wasn’t as strong, but the study did show a strong association between drinking orange juice and preservation of brain health. The men who drank orange juice daily had a 47% lower risk of developing cognitive decline over the course of the study.

These findings are interesting, but we have to look at diet as a whole when we consider the impact of food on brain function. The strongest evidence that a particular diet slows brain aging come from research on the classic Mediterranean diet, a diet built around whole foods, particularly plant-based foods and fish. It’s not clear whether it’s the diet’s emphasis on fruits, vegetables, nuts, olive oil, whole grains, and fish that makes it beneficial for brain health or whether it’s what it DOESN’T contain – lots of processed foods, sugar, and red meat.

Also, mimicking the traditional eating habits of people in Mediterranean companies is a good way to potentially lower your risk of another health problem, cardiovascular disease. At the very least, such a diet should reduce the risk of vascular dementia, the build-up of plaque in arteries that lead to the brain. This is another common cause of a decline in cognitive function.

Eating fruits and vegetables along with other foods rich in omega-3’s, like flaxseed, chia, hemp seeds, walnuts, and fatty fish or a Mediterranean diet may give you a leg up on keeping your brain healthy but it’s only part of the story. Exercise, mental stimulation, and stress relief also play a role in preserving cognitive function and lowering the risk of dementia.

Practice other brain healthy habits as well. Keep your brain active. Exercising your brain and cognitive skills helps your brain form new connections that keep your brain functioning at a higher capacity. Don’t underestimate the importance of stress management. A study from Oregon State University showed that daily stressors, and, more importantly, how we react to the stressors of daily life, have an impact on brain aging and cognitive function. The study found that people who react to stress in a negative manner were more likely to experience a decline in cognitive function over time. That’s why we all need ways to cope with stress. There are many ways to do that, but meditation is one to consider based on science.

Then, there’s sleep. Are you getting enough?  Both short (less than 6 hours) and long (greater than 9 or 10 hours) has been linked with a higher risk of dementia. During sleep is when your brain clears misfolded, damaged proteins through a recently discovered channel called the g-lymphatics. So, sleep helps your brain clean up and detoxify. Make sure you’re not skimping on it.

Eating more fruits and vegetables may help you preserve the health of your brain, but make sure it’s part of an overall brain-healthy lifestyle too!

How Being Physically Fit at 40 Benefits Your Brain at 60

What Role Does Genetics Play in the Risk of Developing Alzheimer’s Disease?