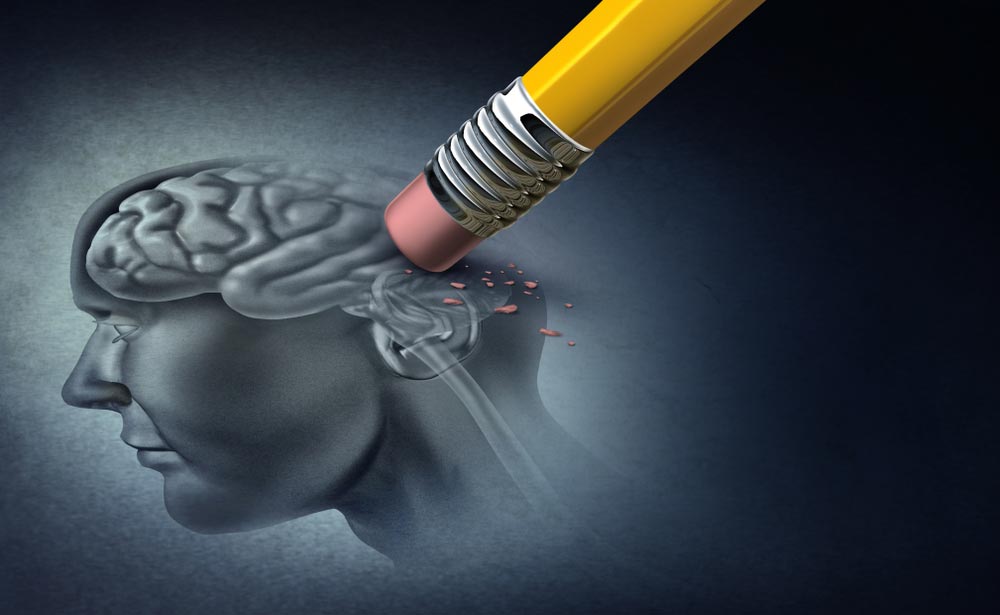 With the population aging, the death rate is unlikely to go down, especially when we currently have limited ability to treat Alzheimer’s disease or slow its relentless course. Is there anything we can do to lower our risk of developing this frightening disease?

Lifestyle plays a key role in who gets Alzheimer’s disease and brain health in general. Avoiding bad health habits, like smoking and excessive use of alcohol, can reduce the risk. At the same time, adopting good habits, like exercise and eating a healthy diet may reduce the odds as well, as it does for many health problems. Yet, genetics is also a factor. How much of a role does genetics play in brain health and how do you know whether you’re genetically at higher risk?

The Genetics of Alzheimer’s Disease

How do the two differ in terms of genetics? Late-onset Alzheimer’s disease is associated with a variant of a gene called APO E. This gene codes for apolipoprotein E, a protein that carries cholesterol and other fats in the bloodstream. There are several forms of this gene. These include APO E1, APO E2, APO E3, and APO E4. You have two copies of each APO E gene, one that you inherited from each parent. The APO E4 form or allele of this gene is linked with a greater risk of developing early-onset Alzheimer’s disease. If you inherit two APO E4 alleles, one from each parent, your risk of Alzheimer’s disease is significantly higher than that of the average person.

Yet, even inheriting two copies doesn’t guarantee you’ll develop Alzheimer’s. That’s because lifestyle impacts the expression of these alleles. Plus, if you inherit one APO E4 allele and the other allele is APO E1, APO E2, or APO E3, your risk is only slightly higher than that of the average population as the lower risk allele compensates for the higher risk one.

What about the early-onset form of Alzheimer’s? Most people who develop Alzheimer’s disease before age 65 have mutations in one of three genes. These genes are called PSEN1, PSEN2, APP. Mutations in these genes make it harder for the brain to clear damaged proteins, like beta-amyloid. People with Alzheimer’s disease accumulate beta-amyloid plaques in their brain, a marker for the disease. When the ability to clear these proteins is reduced, the build-up and can damage or kill nerve cells in the brain.

People who have two copies of APO E4 are also at higher risk of cardiovascular disease and stroke since APO E4 codes for a protein that’s also involved in the transport of cholesterol into cells. Having two copies of APO E4also increases the risk of vascular dementia, another type of dementia that stems from plaque accumulation inside arteries that carry blood to the brain. But, remember, even if you have two copies of this allele, you aren’t destined to get Alzheimer’s disease. Lifestyle can modify the risk. Also, other genes, more than 20, play a role in Alzheimer’s disease development. So, people who don’t carry APO E4 at all can still develop the disease, as lifestyle and environmental factors impact the risk. Interestingly, having the allele APO E2 appears to lower the risk of developing Alzheimer’s disease.

Should You Get Genetic Testing to Determine Your Risk?

If you have a strong family history of early-onset Alzheimer’s disease (before the age of 65), some clinicians will encourage genetic testing, especially if you’re having memory problems. Knowing whether you’re genetically at high risk can sometimes help make a diagnosis. Testing for APO status is more controversial. Since even having two copies of the APO E4 doesn’t necessarily mean you’ll get the disease and you have to consider the emotional burden of knowing you’re at higher risk. The results can also impact your ability to get insurance if you come back with blood test results that show high risk.

Since we know that anyone can develop Alzheimer’s disease, including people without the genetic variations mentioned, it makes sense to lead a brain-healthy lifestyle, regardless of your genetics. While there’s no way to ensure you outwit Alzheimer’s disease, these lifestyle factors show preventative potential based on some research:

·        Exercise at least 30 minutes 5 days per week. One study found women who were physically fit during middle-age had an 88% lower risk.

·        Keep your brain active by learning something new. Ex: Being bilingual is linked with a reduced risk of dementia.

·        Watch your medications. Some medications, particularly ones that have anticholinergic activity, may increase the risk. More research needed.

There is a genetic component to Alzheimer’s, but even carrying high-risk gene variants doesn’t necessarily mean you’ll get the disease. Not having high-risk genetics doesn’t mean you won’t get it either. Focus on factors you can control, like lifestyle. If you have a strong family history of Alzheimer’s disease, talk to your physician about whether you should consider genetic testing. Most importantly, lead a brain-healthy lifestyle!